Disneyland is rolling out the red carpet today for the official opening of Rise of the Resistance in Star Wars: Galaxy’s Edge and we’re so excited to be a partaking in the festivities!

And we’re especially excited to try out the three new snacks (!!!) debuting at Batuu WEST COAST today — including the Toydaria Swirl!

We are Disney FOOD Blog, after all — and this one has got us pretty intrigued! 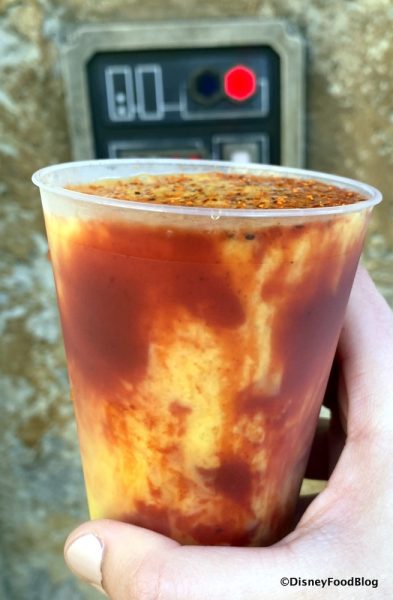 You’ll find the Toydaria Swirl at the Black Spire Outpost’s Milk Stand. It features their signature classic Green Milk (although ours looks rather yellow today for some reason!) kicked up a notch (or four or five notches, to be precise) with the addition of chile pepper, lime seasoning salt, and mango jellies! 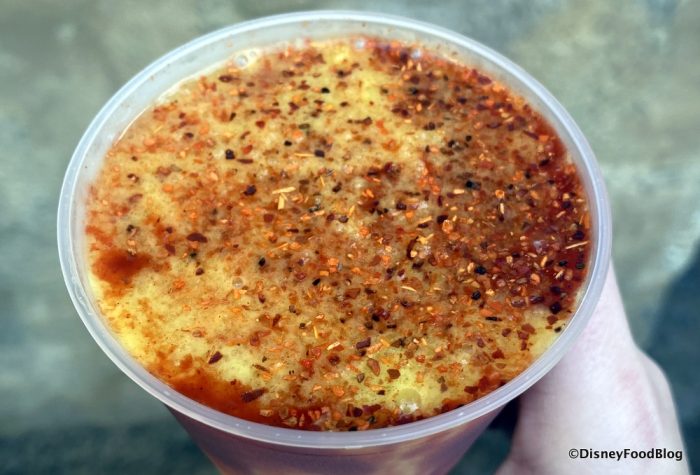 There’s a whirlwind of opinions about the Toydaria Swirl in our group. While some of us aren’t huge fans of Star Wars: Galaxy’s Edge’s Green Milk to begin with, we did find the Toydaria Swirl more interesting than the standard drink. The spicy, salty, citrusy seasoning the milk is topped with does add some complexity to the flavor of the green milk which can be cloyingly sweet for some people’s palettes. 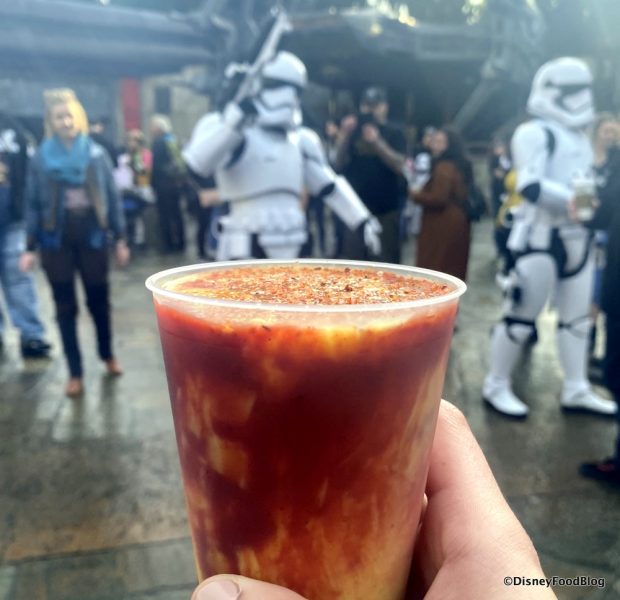 The flavor of seasoning stayed mostly on top as well (although the red color of the chile was spreading FAST)! Once we finished the top layer, the rest of the drink tasted pretty much like standard green milk to us. And the chile wasn’t as spicy as we were hoping! We only tasted a little tingle of it on our lips! 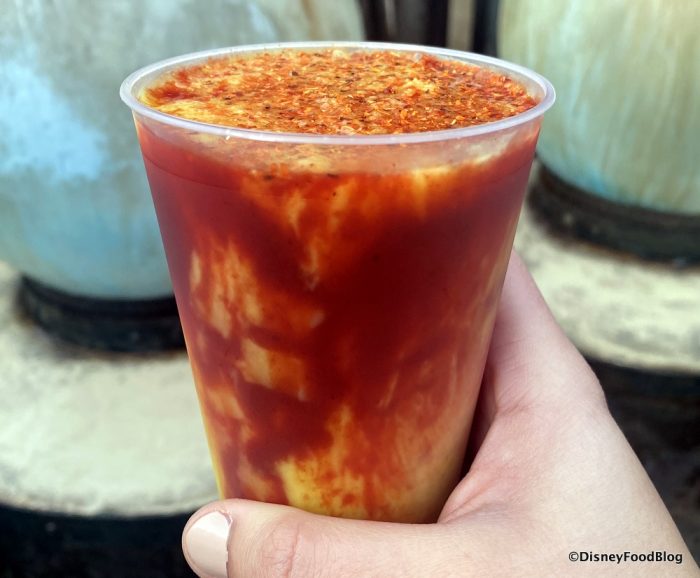 Some of us thought this would be a hard-pass on our next trip to the Black Spire Outpost while others in thought it tasted better than regular, unadulterated Green Milk and would opt for Toydaria Swirl instead! This likely depends on if you like a bit of spice, to begin with. Try one for yourself at Disneyland’s Milk Stand for $8.79, and stay tuned for more LIVE coverage, including MORE Star Wars: Galaxy’s Edge NEW FOOD reviews!

Will you be sipping on this new beverage from the Milk Stand the next time you visit Star Wars: Galaxy’s Edge in Disneyland? Tell us if you’re excited to try it in the comments below!

« NEWS! Awesome Planet is Officially Open in Epcot (And It Is BEAUTIFUL)!
Heads Up, Canucks! The New Canada Far and Wide Film Is Now OPEN in Epcot! »