Cinderella is turning 70 this year, and we’re celebrating with ALL the treats around Disney World! 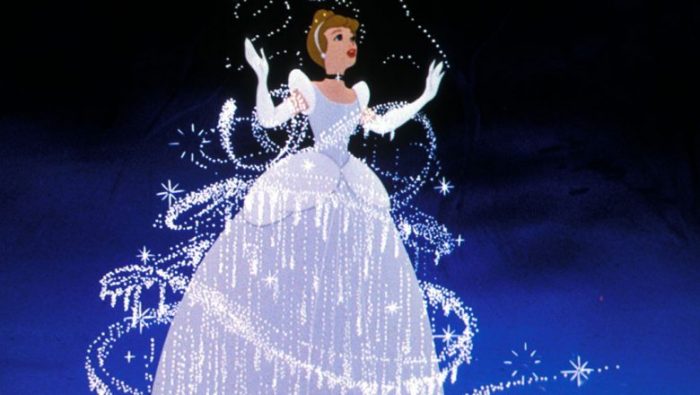 Put Cinderella and pumpkins together, and what have you got? The Cinderella Cupcake has made a STUNNING arrival at the Contempo Cafe! 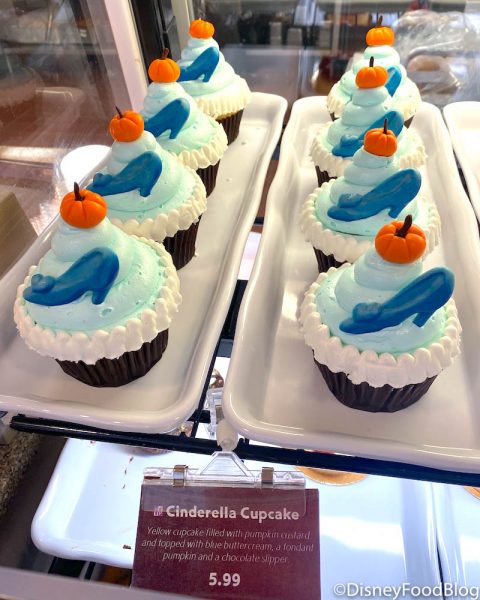 The yellow cake is filled with pumpkin custard and topped with buttercream, a white chocolate slipper, and a fondant pumpkin. Can we just say that this cupcake is one of the CUTEST things we’ve seen (just look at the dress ruffles around all around it)?! 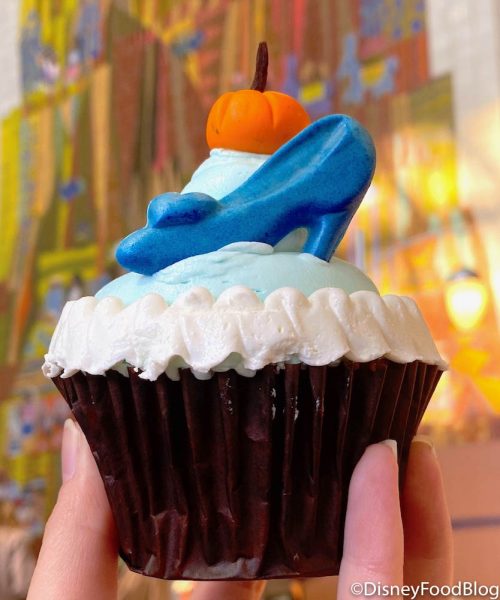 Buuut, while the best part about the Cinderella Cupcake is the aesthetic, the cupcake itself isn’t our favorite Cinderella 70th anniversary treat that we’ve had in Disney World so far. The cake is a little too dense, while the frosting doesn’t have much of a flavor at all. So, basically, it is just a LOT of bland mile-high buttercream that didn’t do too much for the cupcake, which is a total bummer since this thing is adorbs. 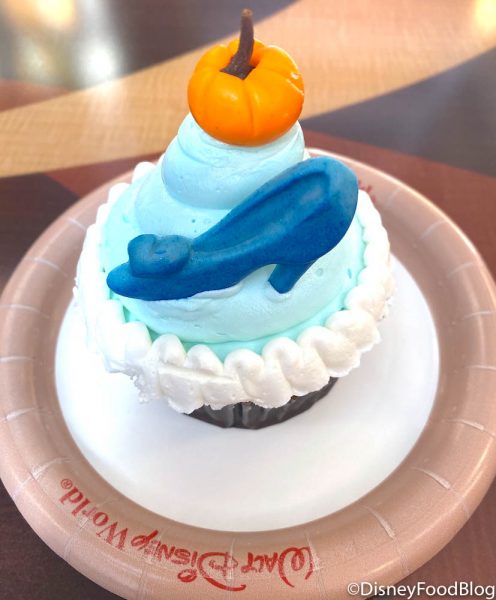 The pumpkin custard inside, though, is AH-MAZING and tastes just like a pumpkin pie. We could honestly eat an entire bowl of the custard itself (sounds like a pretty awesome night to us). We wish there had been more in the Cinderella Cupcake since it would have balanced out the frosting! 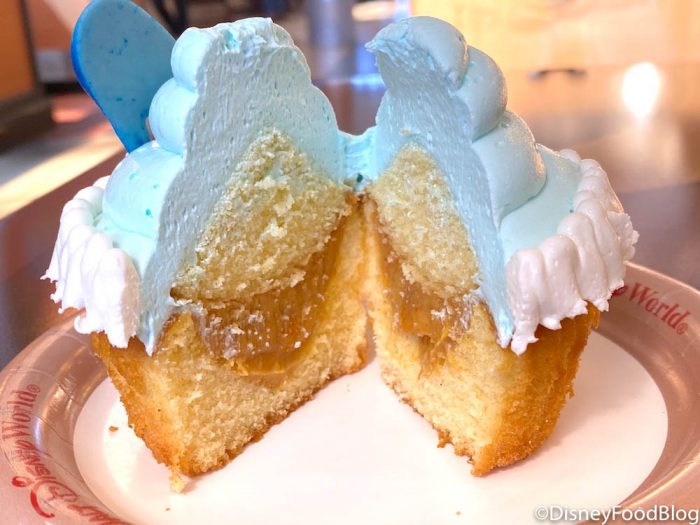 If you’re looking for a way to celebrate Cinderella’s anniversary, there are so many other treats to try around Disney World that you might like better. Buuut, if you want an AWESOME Insta photo with this Cinderella Cupcake (who doesn’t??), you can get it for $5.99 or a Disney Dining Plan snack credit. And, you can subscribe to our newsletter to keep up with the rest of the anniversary desserts we find around the parks!

Have you tried the Cinderella Cupcake at the Contemporary Resort yet? Let us know in the comments below!