We’ve been wearing our favorite pair of glass slippers around Disney World as we’ve taken you with us to snack on the Cinderella 70th anniversary treats! 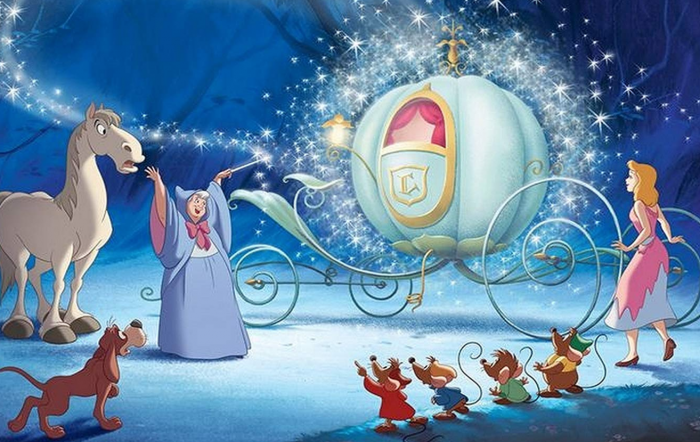 The Cinderella 70th Anniversary Cake Pop has rolled into the Gasparilla Grill at the Grand Floridian Resort (and it’s GIANT). 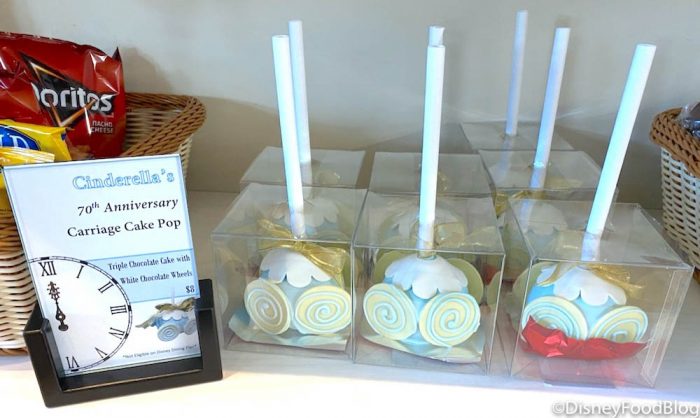 While we’ve seen some versions of the Grand’s grand cake pops before, like the Christmas Cake Pop… 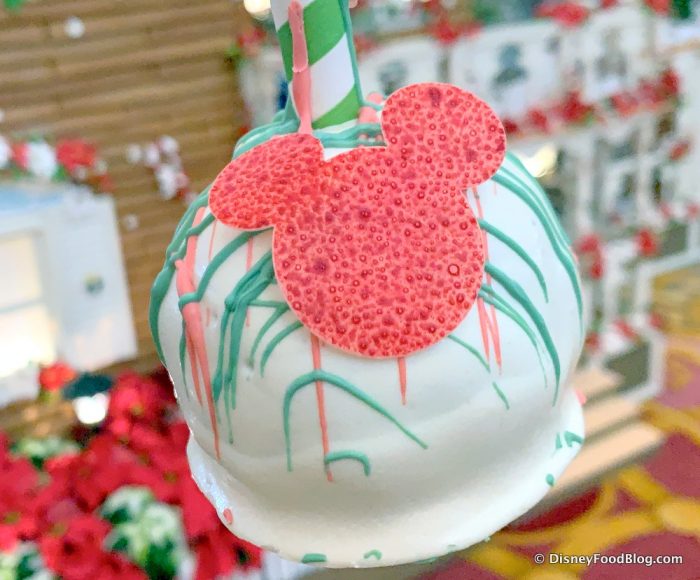 …the Cinderella 70th Anniversary Cake Pop is decorated with a white fondant ruffle and is coated in blue-tinted white chocolate (à la Cindy). There are adorable white chocolate wheels completing the carriage. (We’d pick this carriage over a real one any day!) 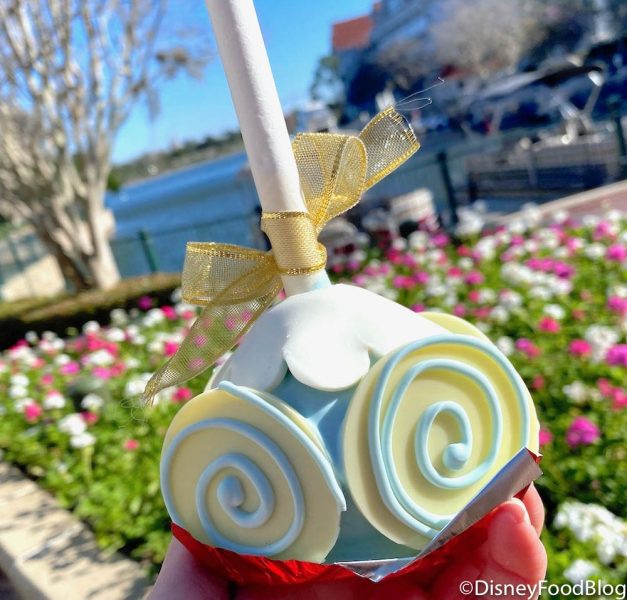 If you’re a fan of chocolate, you’re going to want to race over to Gasparilla Grill like the clock has struck midnight! The triple chocolate cake in this cake pop is SUPER rich. While the cake is very moist and yummy, the white chocolate wheels add a nice crunch to balance it out. 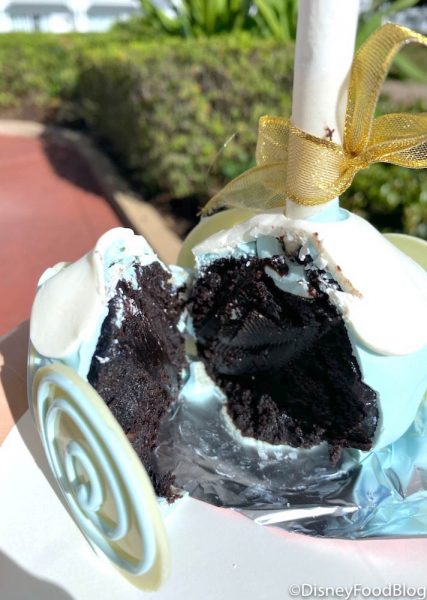 Plus, it’s HUGE, so it’s definitely a shareable snack with your friends and family for $8. Buuut, if you don’t have a big sweet tooth, you might want to try one of the other Cinderella anniversary treats around the parks instead. This one is for sugar-lovers only ;-D! 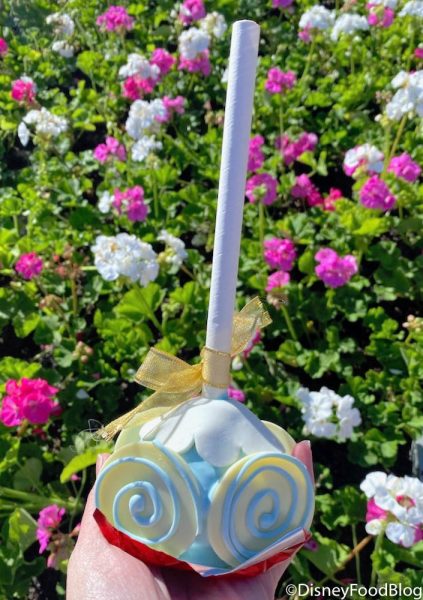 Keep up with all the other Cindy anniversary desserts around Disney World here at DFB and by joining our newsletter! We’ve got a few more on our docket to review today!

What’s your favorite Cinderella anniversary treat in Disney World? Let us know in the comments below!

« ALL the Disney NEWS and REVIEWS This Week! Everything You Need to Know From the Happiest Places On Earth!
BLAST OFF! A Sweet Sci-Fi Surprise Is Happening in Disney’s Hollywood Studios Today!! (This is Why We Love Disney World.) »