We’re ALL about exploration in Disney World! 😉 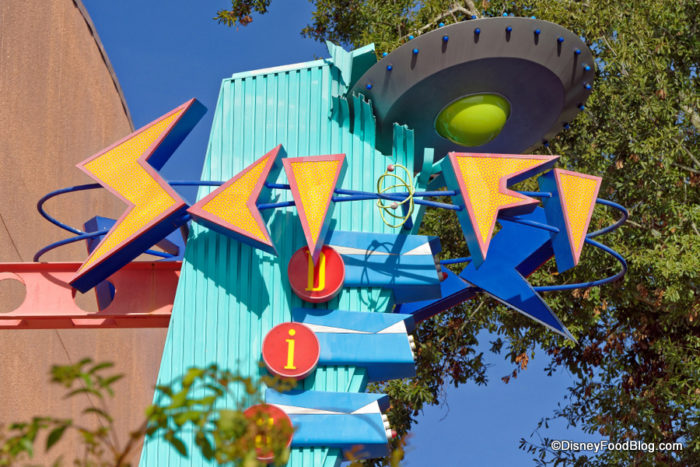 And, we’re going for an out-of-this-world trip to the Disney Parks for a super sweet surprise today at Sci-Fi Dine-In Theater in Disney’s Hollywood Studios!

This is why we LOVE Disney World — little things like this are what it’s all about. Today, there’s an adorable tribute happening that’s unique and exclusive to this imagineering marvel of a restaurant. Let me give you a little background on why this is so fun.

You see, Sci-Fi Dine-In Theater is themed after the drive-in theaters of the 1950s…and it’s all indoors! 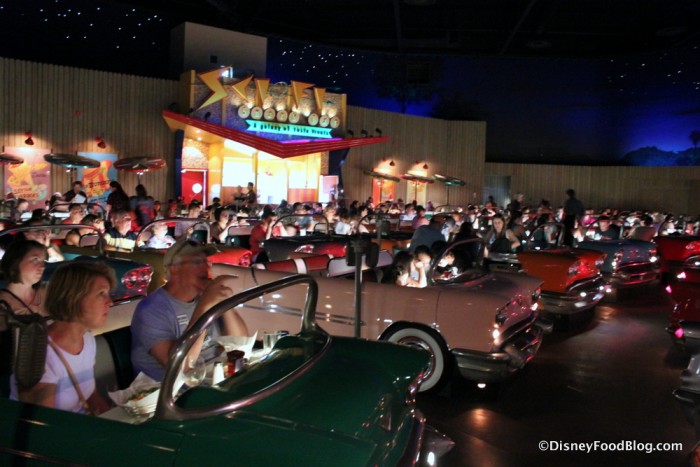 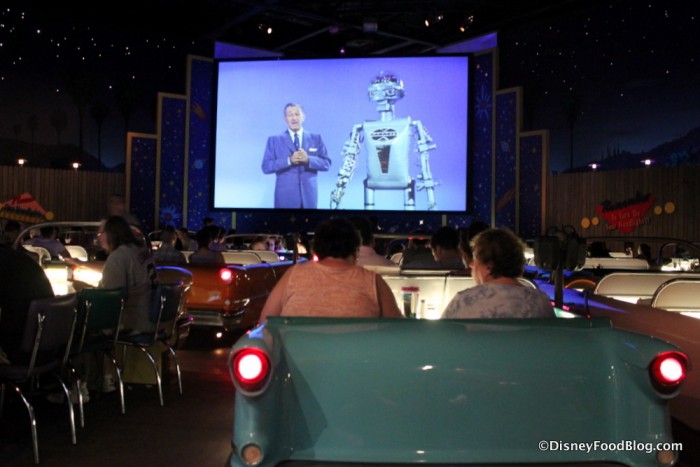 But the fun part is that, as you dine, you get to watch clips of cute, old B-movies, cartoons, and advertisements — Attack of the 50 Foot Woman, Missile to the Moon, Teenagers From Outer Space…you get the idea. 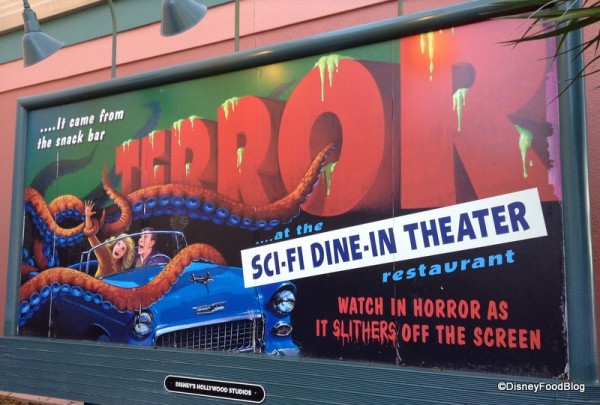 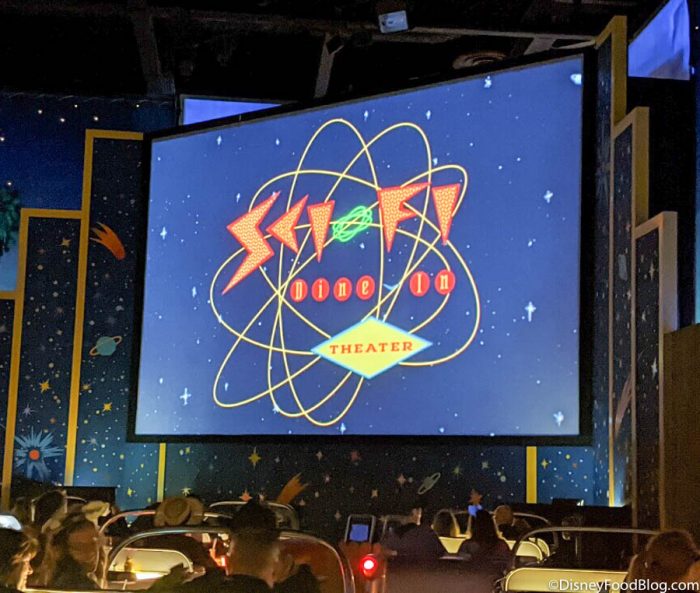 And one of those cartoons, anticipating a blastoff to Mars in the far-off future, portrays TODAY — February 2, 2020 — as the LAUNCH DATE! 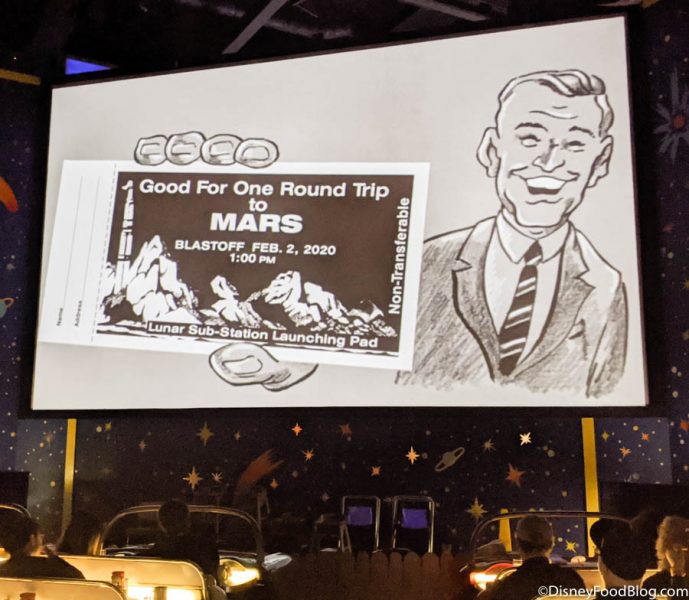 The cast members at Sci-Fi wanted to commemorate this date that they knew was quickly approaching, and you KNOW they’re celebrating in galactic style! Guests of the restaurant will receive their own launch tickets for Mars as well as the opportunity to order a specialty dessert to commemorate their mission! 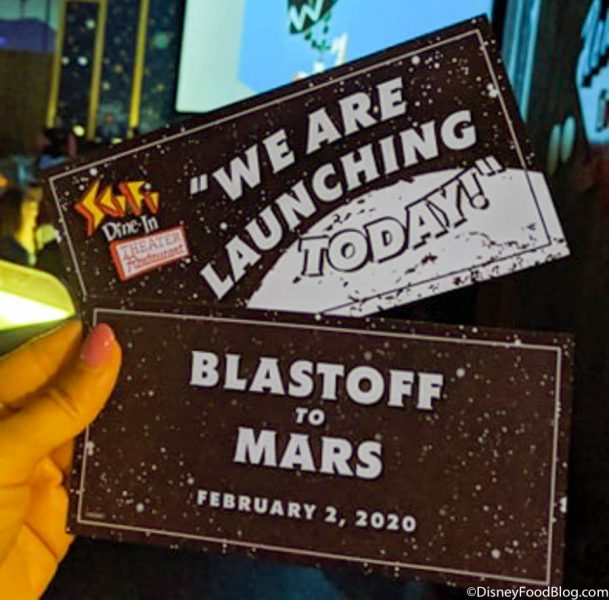 And the Mars Bar Candy Bar is EPIC. Vanilla shortbread crust is piled high with chocolate mousse and salted caramel mousse, and the whole thing is topped with more chocolate! On the side is a caramel gelato with raspberry sauce. Bonus — you get a specialty white chocolate disk letting you know today’s the DAY!! 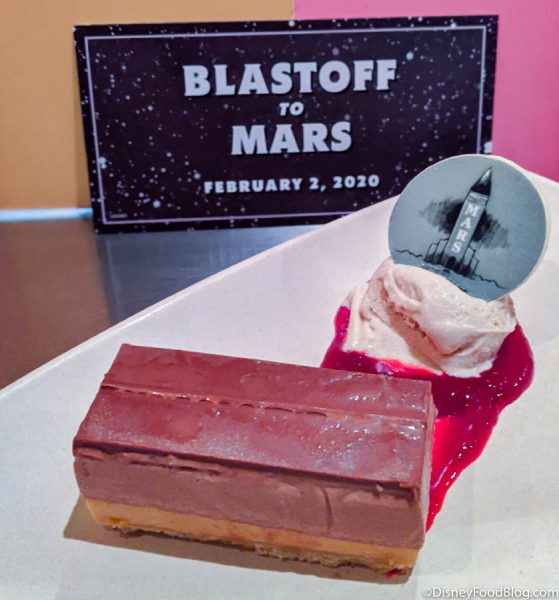 By the way, if you don’t want to get the specialty dessert, you can also order any of Sci-Fi’s shakes and get this fun little disk as well. 🙂 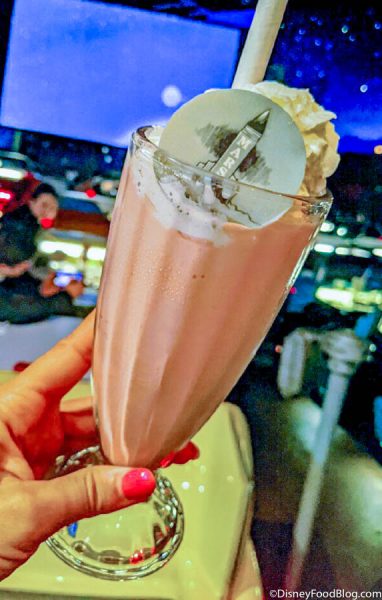 Again, it’s these special little touches that make me love Disney World even more. This wasn’t advertised. Nobody would have known about it going in. But it makes for a very special day, and a fun magical moment for the people who get to dine here today. It makes a huge, corporate theme park feel a little less contrived and a little more homegrown. The cast members are having a blast (see what I did there), the guests are having a blast, and it’s a memory nobody anticipated that will be held dear. Love it. Kudos, Sci-Fi.

Have you been to the Sci-Fi Dine-In Theater before? Let us know in the comments below!