We’re saying “off with their heads” and on with the AWESOME night we’re having at the Villains After Hours in Magic Kingdom! 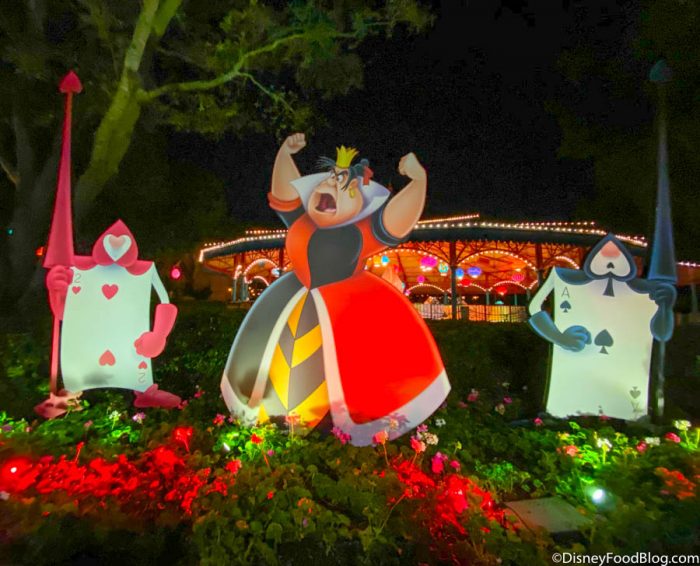 Queen of Hearts and Her Cards

While we’ve been taking you with us to try treats like the Hades Hot Dog, The Diamond in the Rough, and the Body Language Mousse Cake, you’re totally going to feel like a queen after you get a li’l peek at this dessert!

The Queen of Hearts is decreeing that every soul who visits Villains After Hours MUST try the Royal Majesty at Cheshire Cafe (or y’know…heads will roll). 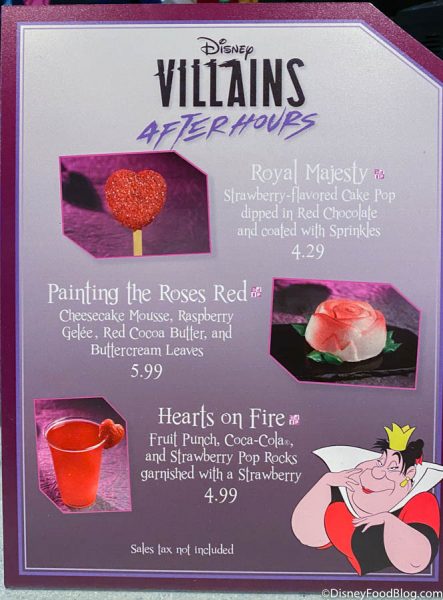 The strawberry cake pop is dipped in chocolate, which is painted red like those roses, and covered in sprinkles and sugar crystals. 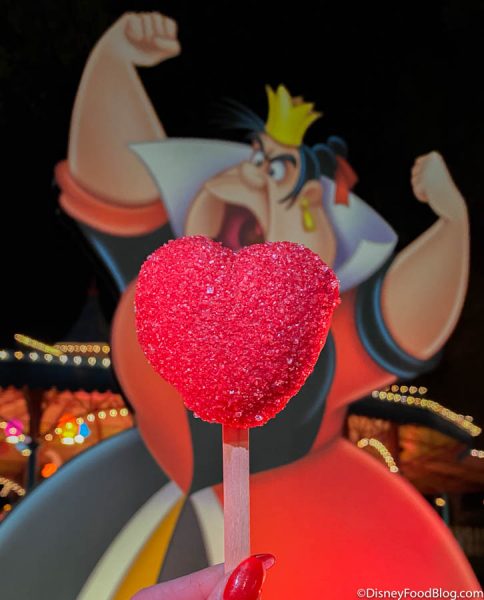 This cake pop just might be as good as one of the Queen’s tarts! The outside has a super crunchy shell with extra sweetness from the sugar crystals, while the inside is an incredibly moist cake. There is only a hint of strawberry flavor from the cake, which we adored. We think this treat is an “ace” for cake pop lovers! 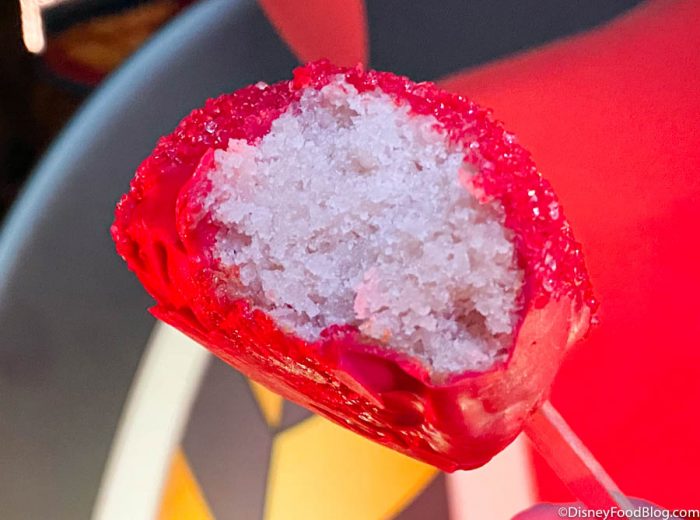 Even the Queen Would Love This Cake Pop!

Don’t forget to curtsy when you grab the Royal Majesty from Cheshire Cafe for $4.29 (or the Queen might send her deck of cards after you)! 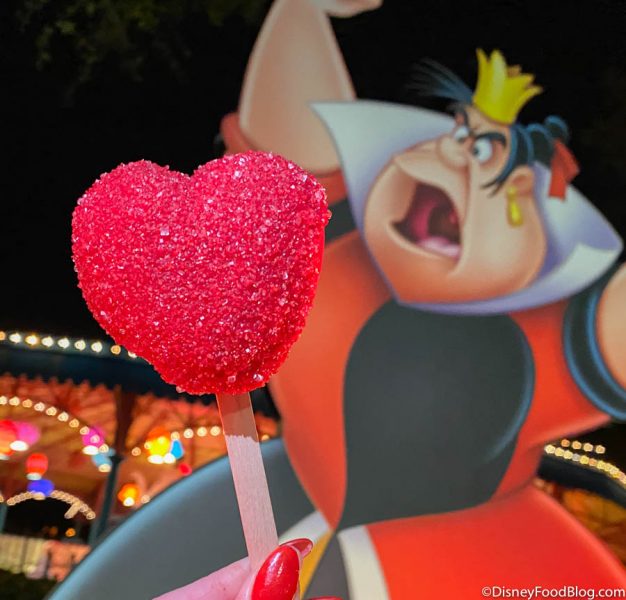 Looking for more Villains After Hours treats? Be sure to take a look at the Hades Hot Dog and Body Language dessert!

Have you ever been to Villains After Hours before? Let us know in the comments below!