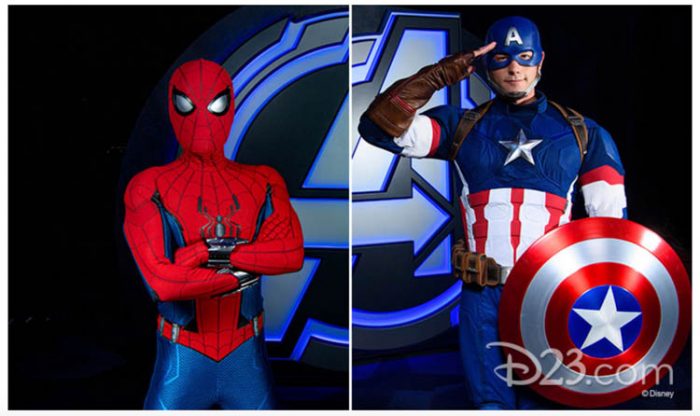 But according to D23, these superheroes won’t just be duking it out atop Avengers Headquarters! They’ll also be roaming Avengers Campus along with a bunch of their buddies including Guardians of the Galaxy’s Star Lord, Gamora and Groot, Thor and Loki, Ant-Man and the Wasp, Dr. Strange and Captain Marvel!

And just released today, we finally know the name of the first supervillain the Avengers will battle in their new rooftop stunt show! He’s called Taskmaster and he’s a Skeletor-looking dude who was also big in the 80s. We’ll actually get a proper introduction to Taskmaster when the new Marvel film Black Widow debuts in theaters on April 24th!

Taskmaster’s superpower is “photographic reflex” a.k.a. the ability to mimic the physical movements of his opponents. And since Disney announced Taskmaster as “one of” the nemeses to duke it out with The Avengers, we’re hoping we’ll see additional foes added at a later date! Our friend @carlyewisel also mentioned that Black Panther and Black Widow will team up to fight against him in the show! We can’t wait to see all the action. 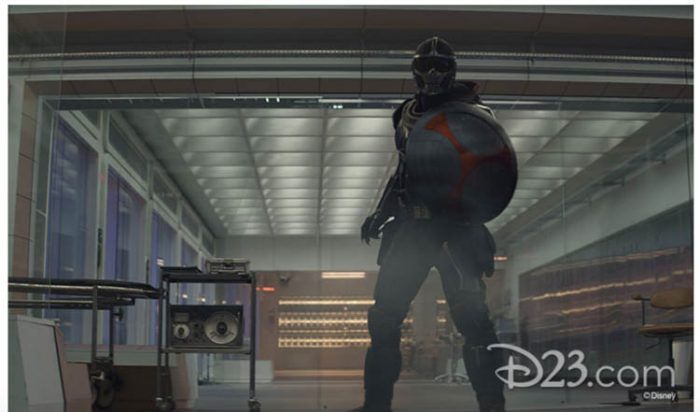 Disney hasn’t announced yet which adversary we’ll be facing off against in our Quinjet during the new E-ticket attraction which will open during the second phase of Avengers Campus. But we did learn that there will be an Okoye & Dora Milaje-led training experience!

We’re also hoping to see characters from forthcoming shows like WandaVision and The Falcon and the Winter Soldier make their way into Avengers Campus, but at this time Disney hasn’t released any additional information.

On top of this, don’t forget that Doctor Strange will have his very own mystic arts show, which you can read all about here! Annnnd Spider-Man and Iron Man will both be debuting BRAND NEW suits! Gosh, the list of things to be excited about keeps growing!

According to Executive Creative Director of Disney Parks Live Entertainment Dan Fields, “This is going to be the largest assembly of these heroes anyplace, anytime, anywhere.” We’ll let you know if we hear about any additional Marvel friends (or foes!) who’ll be joining the party when Avengers Campus opens on July 18th, so stay tuned!

Which Marvel character are you most excited about meeting at Avengers Campus? Tell us who in the comments below!

« We Now Know WHEN The New Hot Diggity Dogs Food Truck Will Open in Disney World! Plus, a First Look at the Menu!
There’s A New Danielle Nicole ‘Mulan’ Backpack in Disney World And It’s Pretty Fierce! »