Oh Mickey, how we miss you! We’re now in our second week of Disney World and Disneyland being closed, and we’re having some serious Disney withdrawals.

Currently, people have trips to Disney booked for early April. Our number one and two questions from our readers, viewers, and followers is “When will Disney World reopen?” and “Should I cancel my Disney World trip?”

But Disney has been particularly quiet regarding the status of the park closures and any potential extensions. 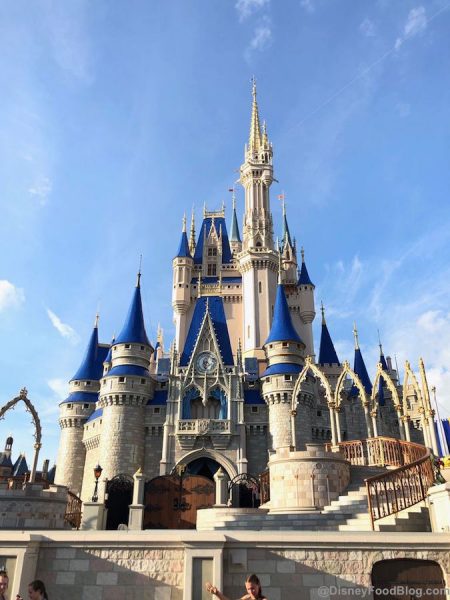 Based on the Disney Parks worldwide timeline and the current local government mandates in California and Florida, it seems unlikely that the domestic Disney parks will open anytime soon. But when can we expect Disney World and Disneyland to give us the word on a reopening date…or at least a closure extension?

Let’s look at recent events to see if we can break it down.

The first of the U.S. parks to announce a temporary closure was Disneyland. At that time, it was stated that the temporary closure would last “through the end of the month.” That means Disneyland is currently scheduled to reopen on April 1. But this timeline was given on March 12th, before California issued a stay at home order to residents on March 19th.

While all essential services will remain open, The California State Public Health Officer and Director of the California Department of Public Health are ordering all individuals living in the State of California to stay home or at their place of residence until further notice. 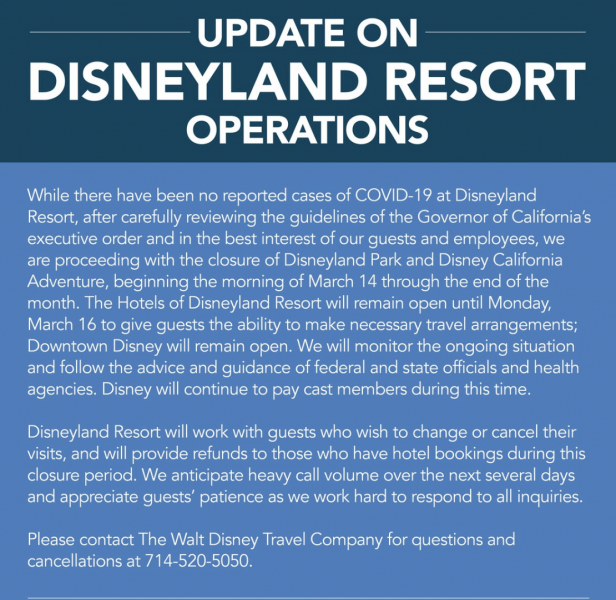 Wording on the Disney World closure which was posted on March 12th is nearly identical, with a temporary closure ending at “the end of the month.” But on March 24th, Orange County Mayor Jerry Demings issued a similar shelter in place order for Florida residents which will begin March 26th and run through April 9th. 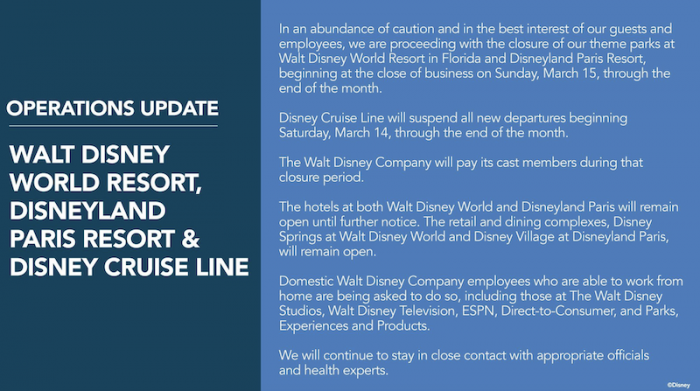 Moments after the shelter in place order was issued, Universal Studios extended its temporary closure, but still no word from Disney.

As we inch closer and closer to March 31, some questions remain unanswered: will Disney World and Disneyland extend their closures?

Perhaps looking at Tokyo Disney Resort’s timeline may give us a hint as to when we can expect an update from Disney! 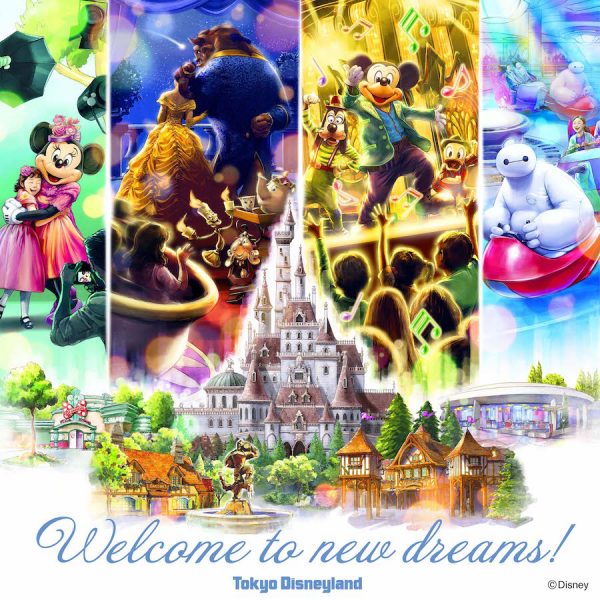 Tokyo Disney Resort began its temporary closure on February 29. At that time, it was reported that the parks would remain closed until March 16. That would have been a total of two weeks closed, similar to the U.S. parks’ original closure timelines.

And note that Tokyo was the only resort to give a hard re-opening date prior to the U.S. parks closing.

On March 11, however, five days prior to the announced reopening date, Disney informed the public that it would be extending Tokyo’s closure through early April.

See the full timeline so far of the Disney Parks’ closures here!

Obviously we don’t know if Disney World and Disneyland will announce a closure on March 27th, but Disney execs do seem to be showing a willingness to announce at the last minute. (And this makes sense, since each day we seem to be getting new information and new policies from various government entities.) So it wouldn’t be surprising if we got word on a park closure extension late this week or this weekend. 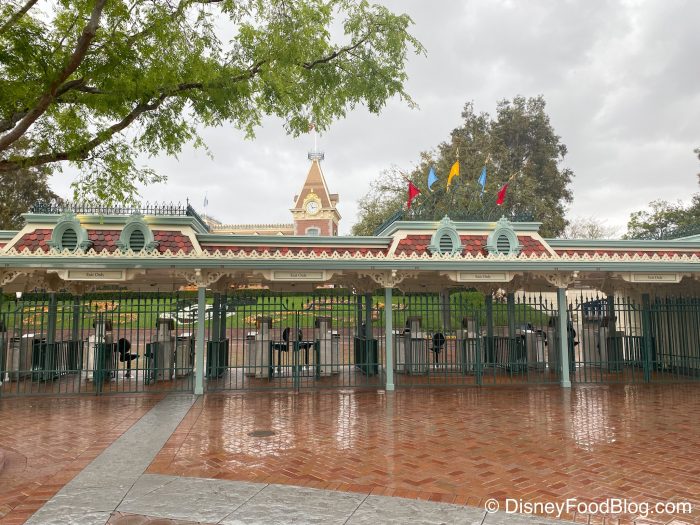 So when the Disney Parks will re-open is still a very open question, but it seems like Disney World and Disneyland may follow suit with Tokyo Disney Resort in keeping their hands close to their chests until a final decision absolutely has to be made.

So What Should I Do If I Have A Trip Scheduled in April?

Given how close we are to the park re-opening deadline, our suggestion to guests who have trips scheduled in April is to wait to cancel or reschedule your visit, if you can, until Disney announces an official closure extension. By waiting, you can assure that you’ll be able to take advantage of the most flexible refund and cancellation policies made available by the Disney parks and resorts for the time during which you were supposed to travel.

For help in this process, check out our how-to guide for rescheduling or canceling and refunding your Disney trip here! We’ve also got great guides on what Disney World is refunding and what Disneyland is refunding that are being updated regularly.

Stay tuned to Disney Food Blog for all the latest updates and details regarding when Disney World will re-open. We’re just as eager as you are to get back into those parks.

How have the current closures impacted your travel plans to Disney World or Disneyland? Let us know in the comments.