While Disney Parks around the globe remain temporarily closed due to the ongoing global health situation, analysts are weighing in on the potential depth of the financial loss for the Walt Disney Company.

An article by The Press-Enterprise explores the projections according to an analyst report by research firm MoffettNathanson, specifically regarding the losses faced by the theme parks.

“Disney theme parks face a potential $21 billion revenue loss through 2022” due to the park closures (which — at press time — will continue until further notice) according to the report.

While we are all eagerly anticipating the reopening of the parks (and, in fact, there is already chatter about a possible May 2020 reopening for Disneyland Shanghai), the report by MoffetNathanson states that “We believe that investors are underestimating the lagging recovery nature of Disney’s theme parks.” The report ultimately forecasts that theme park revenues could be as much as $21.7 billion below 2019 fiscal year levels.

Bearing in mind that an economic downturn is anticipated even after the health situation begins to resolve, this could mean that theme parks may encounter a “slower ramp back to a new normal,” with the travel and hospitality industries facing an impact more severe than those following 9/11 and the 2008-09 economic downturn. (It’s also noted in the report that “Disney’s U.S. hotel revenue didn’t return to pre-recession levels for three years.”)

The assumption in the report is that Disney park attendance will drop by 50% through the end of the 2020 fiscal year. For 2021, the assumption is projected to 75% of previous attendance levels and 90% for 2022. 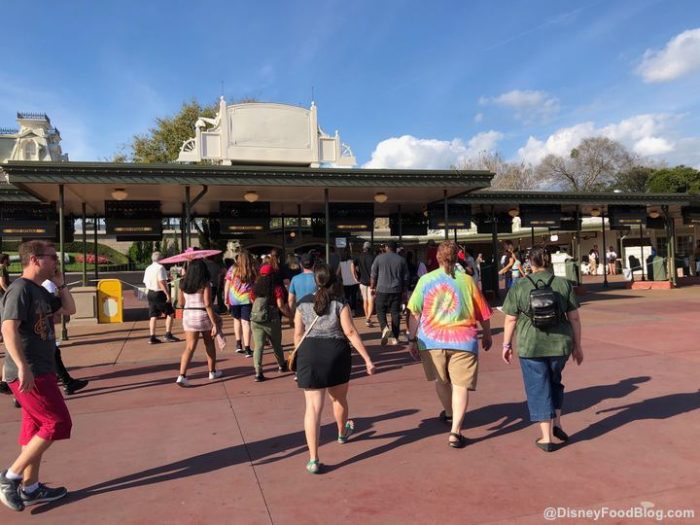 Another potential factor affecting revenue may be the possibility of discounted theme park tickets (to help ramp up attendance following the closures). The report also states that “Disney is expected to delay capital expenditures on non-critical theme park projects to help curtail the losses.”

All that said, the analysts also anticipate the potential for a big rebound in Disney parks attendance levels in 2022, assuming that the threat from the health crisis diminishes when a vaccine becomes widely available.

Tonight, Disney will present how the company fared during the first three months of the year, its fiscal second quarter. So, we should have more info to share on the companies earnings for the year so far.

We, of course, are continuing to monitor Disney Parks and destinations around the world as they are impacted in this moment, and you can explore that topic further by visiting any of the links below.

Are you following the latest on the Disney Parks around the world? Please let us know with a comment.

« These 11 Disney Movie Quotes Are Honestly Our Truths Right Now
Check Out These CRAZY Pics of an Empty Disney World Resort from Above! »