Disney is no stranger to lawsuits, but things don’t always work out so well for the Mouse.

We’ve seen Disney get involved in lawsuits over COVID-19 allegations related to Disney Cruise Line, a property tax appraisal, and, most recently the Genie+ system. Many times Disney’s lawyers work diligently to get a positive outcome for the Company, as you might expect. But sometimes things don’t quite go how Disney would have hoped. That’s right folks, sometimes Disney has been sued and LOST.

Today we’re going through 4 cases where Disney was sued and did NOT win.

Death and taxes — they say those are some of the things none of us can escape, and it seems Disney learned the tax one the hard way. According to the Times Union, Disney LOST one legal battle in New York over $6.3 million due in taxes. Why New York? Well, it’s because Disney has offices there.

From 2008 through 2010, Disney excluded certain royalty payments on its tax returns. These specific royalties were ones that Disney’s foreign affiliates paid to Disney (basically they were paid from Disney affiliates in other countries to the Disney Company in the U.S.).

The Disney foreign affiliates paid these amounts to the Disney Company due to licensing agreements they had entered into for certain intellectual property rights. 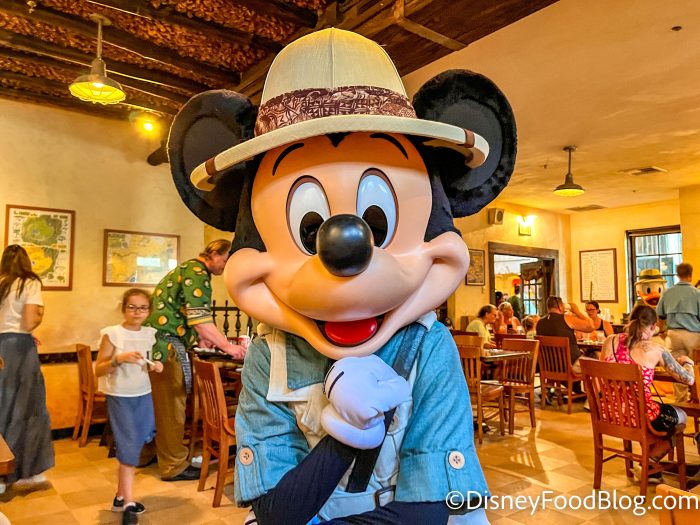 Disney excluded these amounts from their tax returns in New York, citing a state law from 2003 that “allowed exclusions for royalty income.” A law was later enacted that eliminated these exclusions starting January 1st, 2013.

So…then what happened? Well, the New York State Department of Taxation and Finance conducted an audit of the Disney Company for the years 2008-2010. They determined that the money Disney excluded from their tax returns actually didn’t qualify for the exclusion because “the foreign entities were not based in New York.”

So New York sent Disney a nice little bill (notice of deficiency) for $4 million in additional tax and surcharges, as well as $2.3 million in interest. Talk about some serious cash. 😳

Disney, as you might have imagined, fought the matter in court. After a number of appeals, the case came before the Appellate Division of the state Supreme Court’s Third Department in Albany. During the arguments, Disney’s lawyer claimed that Disney was entitled to the exclusions “based on the plain meaning of the law and the constitutional limitations on state taxation.”

The Tax Appeals Tribunal attorney disagreed, saying that Disney was essentially looking for a “windfall” where royalties it got from foreign affiliates would “escape New York taxation entirely.” 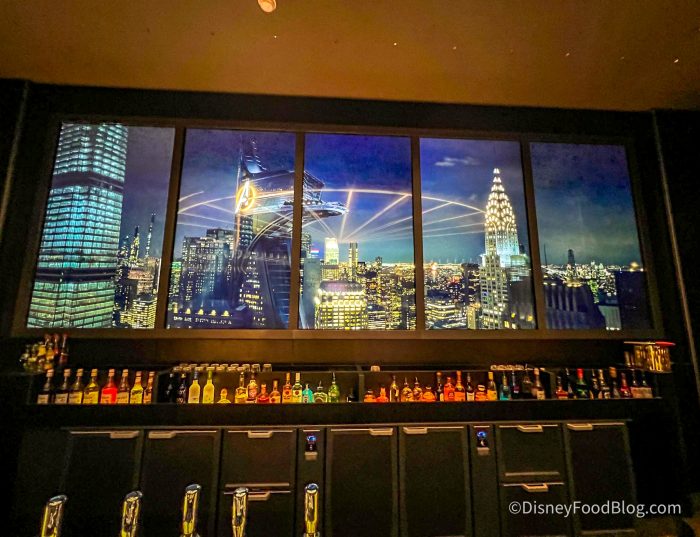 Since the foreign affiliates are non-taxpayers in New York, they can’t be required to pay taxes on these amounts. So Disney is not allowed to deduct the royalty payments from its own income.

The other judges supported the ruling, and it ended up being a 5-0 decision against Disney. The decision came down in October of 2022. Unless Disney finds another avenue to debate the matter, that $6.3 million will be money it now owes the state.

Lady and the Tramp Fiasco

Lee provided the voice for a few different characters in the movie, including Darling, Si, Am, and Peg. She also co-wrote some of the songs for the film with Sonny Burke. According to The LA Times, Lee said she had been paid $3,500 for her work, but later got paid another $1,000 for some of the songs used in the movie. 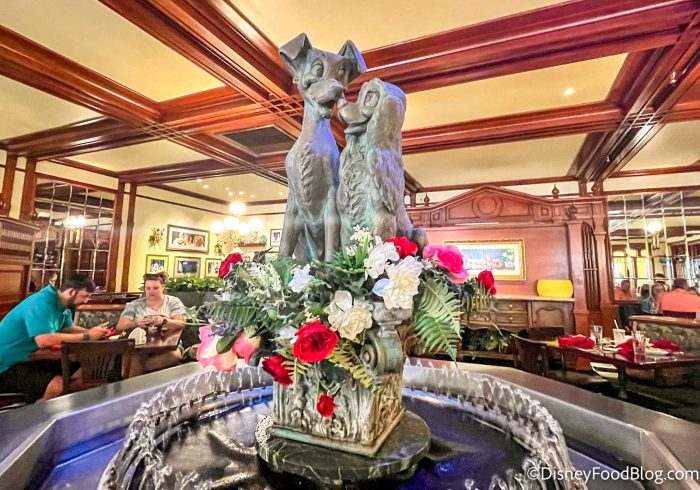 Lady and the Tramp Tribute in Tony’s Town Square

Eventually, Disney went on to release a videocassette version of the movie (that was released in 1987) without Lee’s consent.

Lee’s lawyer alleged that the movie earned around $90 million from the video sale alone, according to the Los Angeles Times. Lee alleged that Disney violated her agreement by releasing that videocassette without her consent.

She sued, asking for the money she would have been paid in royalties on these videocassette sales. 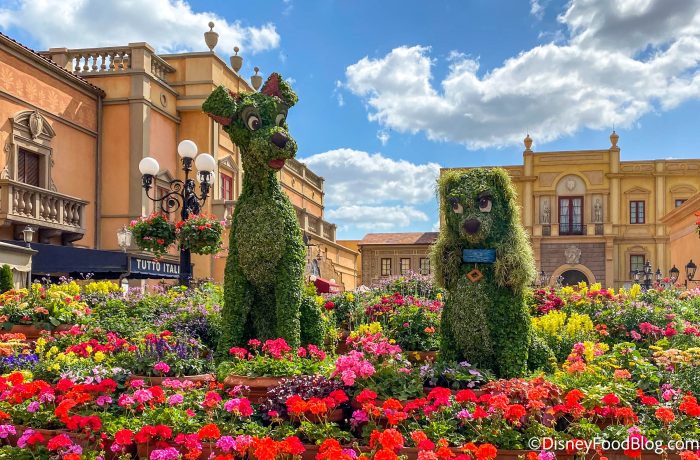 Disney argued that Lee misinterpreted the contract and that “transcriptions” was in reference to recordings, not to copies of the movie. But this is one where Disney simply didn’t win out. Disney claimed that the term wasn’t intended to cover future technology, like video.

But Lee’s attorney claimed that a “transcription” is a copy of the work in any form. Lee’s lawyer even cited an old case where Disney had actually sued the Alaska Television Network for playing Disney movies without consent. In that case, Disney itself had defined “transcriptions” as “copies.” Disney argued that there was no contradiction there, but ultimately it seems (at least in part) Disney’s own prior legal action may have contributed to its downfall. 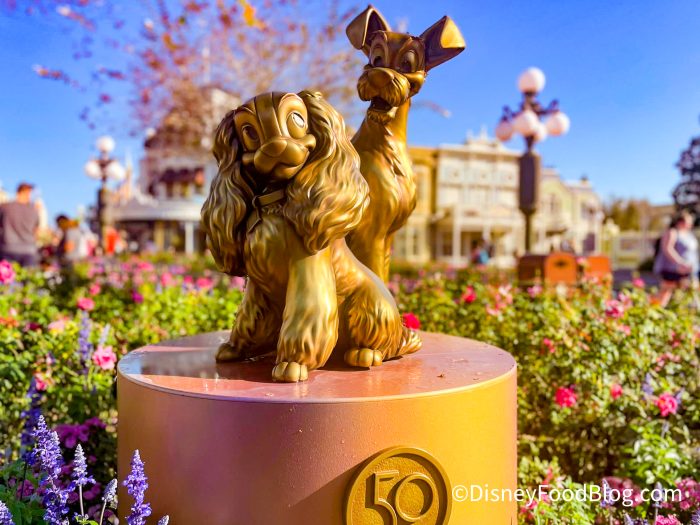 Lady and the Tramp 50th Anniversary Statues in Magic Kingdom

Lee initially won a summary judgment against Disney and a jury awarded her damages of around $2.3 million. Legal battles continued, but eventually, the state Supreme Court denied a hearing on Disney’s appeal related to the damages.

But Lee wasn’t the only one to sue on this topic. The LA Times points out that Mary Costa (the voice of Sleeping Beauty) filed a similar lawsuit, and another had been filed for the performers in Cinderella. One moral of the story? Read those contracts very carefully!

Who Wants to Be a Millionaire…and Then Lose Millions?

You might have watched “Who Wants to Be a Millionaire” or even experienced the attraction based on this show in Disney’s Hollywood Studios, but did you know it was at the center of a lawsuit involving Disney? Well, now you do.

As Reuters reports, back in 19998 “Who Wants to Be a Millionaire” debuted in Britain. It later came to the U.S. on ABC (Disney’s network) in 1999 and became a smash hit. But, it seems not all was well with the ABC/US version of the show. 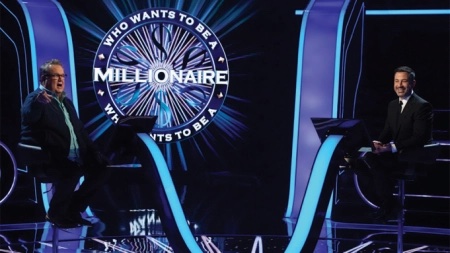 Celador Entertainment — the British company that created the show — sued Disney, alleging that there were some unpaid revenues from the show and related merchandise they were owed.

Celador claimed that it was owed “50 percent of revenue from airings” of the show in the U.S. and merchandising that was related to the show as well.

Disney CEO Bob Iger was even one of the witnesses called to testify earlier in the trial. An initial judgment was made in favor of Celador, which Disney appealed after saying the judgment was “fundamentally wrong.” 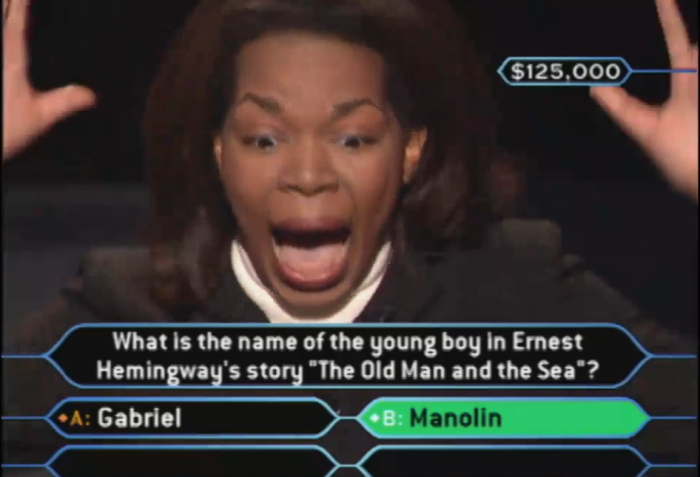 But, in the end, Celador emerged victorious. According to Reuters, an LA court rejected Disney’s request for a new trial, thereby ordering Disney to pay Celador $319 MILLION.

The 3-judge panel of the 9th U.S. Circuit Court of Appeals ruled that the judgment wasn’t excessive or based on speculation, sealing the deal. In a statement, Disney said, “We are extremely disappointed with the decision, as ABC and Buena Vista Television continue to believe that they fully adhered to the ‘Millionaire’ agreement.”

Let’s just hope Disney had a few spare millions lying around to pay off the judgment. 😉

Our last case is a partial loss and, we suppose, a partial win in Disney’s book. Back in 2000, Disney lost a $240 MILLION lawsuit regarding the Wide World of Sports Complex, according to CNN Money.

At that time, a Florida jury determined that Disney “willfully and maliciously” appropriate the “trade secrets” of two men for the Wide World of Sports complex — essentially that Disney stole their ideas. The 2 men at the center of the case were Nicholas Stracick and Edward Russell, who were behind All Pro Sports Camp. 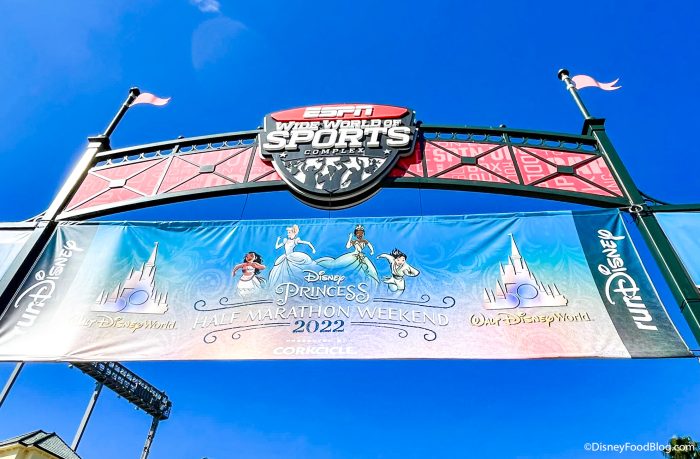 They alleged that Disney stole their design for Wide World of Sports. They claimed that they pitched their idea for a sports complex to Disney back in the late 1980s. Disney rejected those ideas, but later announced its own plans for a complex. Stracick said, “We worked our butts off…Disney took advantage of it and ran with it.”

Disney claimed that its own in-house designers planned the Wide World of Sports, and argued that it is similar to various existing sports centers. One lawyer for Disney said, “The Walt Disney Company doesn’t need to borrow anybody else’s ideas…It has its own good ideas.” 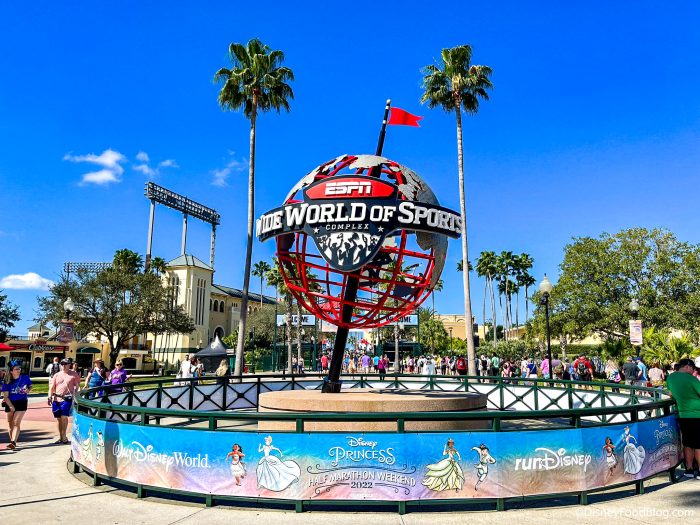 Disney, as you would expect, appealed the verdict granted against them in 2000. And ultimately in 2002, a resolution was reached. According to the Orlando Sentinel, Disney and All Pro Sports Camps Inc. were able to settle their battle.

The agreement was thought to be a “fraction of the jury award,” though the exact amount remained to be seen at that time. The terms of the settlement were confidential, according to a Disney spokesman. One attorney who has worked with theme parks in lawsuits and was familiar with the case estimated that the settlement could be around $10 million. 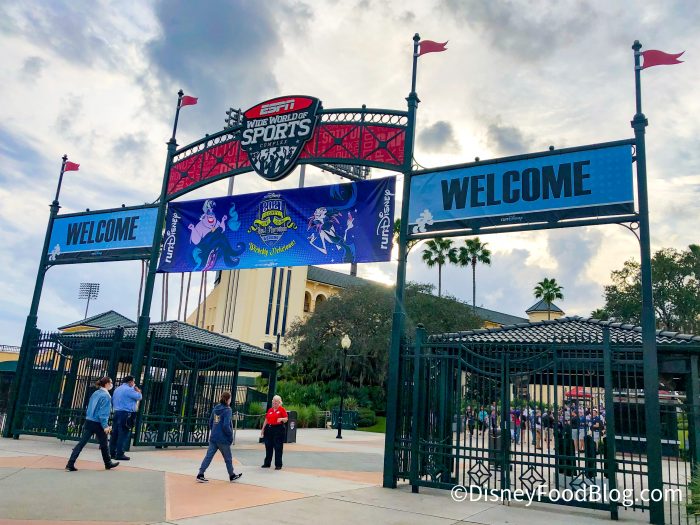 Why so low? Well, the attorney explained that judges on appeal might not value the Wide World of Sports idea to be anywhere close to $240 because “the plaintiffs at trial didn’t prove that it is profitable and Disney said it isn’t.”

Plus, judges might not have the same level of empathy for the case of the “little guy” against a “goliath” like Disney as a jury would. A professor from Nova Southeastern University in Florida seemed to agree that this $10 million would be “very reasonable.”

So while any loss is not great, it’s possible Disney turned a giant loss into a much more manageable one. 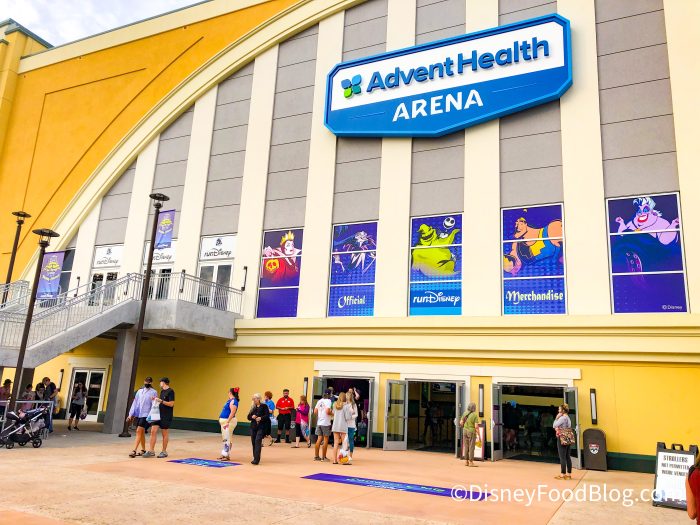 And that’s a look at 4 cases where Disney was sued and LOST. Despite it being a powerful company with plenty of resources, Disney is subject to the law. Sometimes the legal battles they’re involved in will benefit them, while other times Disney may come out the loser.

To read more about lawsuits Disney has been or is currently involved in, click the links below:

Click here to read all about the Annual Passholder lawsuit filed against Disney over Park Pass reservations.

Which of these cases surprised you the most? Tell us in the comments.

« How Teachers Can WIN a FREE Trip to Disneyland!
PHOTOS and VIDEO: First Look at H.E.R. as Belle in Disney’s ‘Beauty and the Beast’ Special »