It’s been a WEEK in theme park news, you guys!

While we took you with us to check out everything at the re-opening of Universal Orlando’s CityWalk, we also gave you all the details on the confirmed restaurants and stores that will be opening back up in Disney Springs.

Governor Ron DeSantis plans to move into a “full phase one” this coming Monday, May 18th, where theme parks can submit re-opening plans for consideration. These plans must include opening dates, health and safety guidelines, and an endorsement from Demings. However, Disney World, Universal Orlando, and SeaWorld hadn’t submitted any plans as of Friday.

Demings believes that large theme parks are “looking at later dates to reopen…and a measured reopening. They will likely start with smaller business units, maybe hotels and resort-type areas before the major, massive theme parks themselves will reopen but in any case I suspect that that is going to be, clearly, some time in June or thereafter before that occurs.”

While theme parks are allowed to open during Phase Two of Florida’s re-opening plan, there is no certain timeline when this phase will begin. However, Gatorland Orlando and Fun Spot America are expected to re-open within the next few weeks.

Demings said that representatives from both of the smaller theme parks will present their plans on keeping guests safe to the Orange County Economic Recovery Task Force. If needed, they will discuss Gatorland and Fun Spot America’s re-opening with state officials as they are trying to “get as many business units reopened as [they] can but safely so.”

Although they may not have opening dates for their parks, Universal CityWalk re-opened on Thursday, while Disney Springs is slated to re-open on May 20th. The restaurant and shopping areas in both locations will follow strict health and safety procedures and operate with limited capacity and hours. 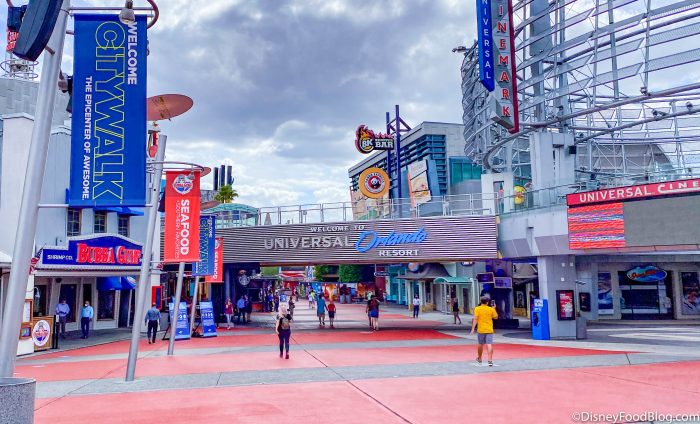 While theme parks haven’t released any information on when they expect to re-open, Disney World announced they are planning to follow strict health and safety protocols during their phased re-opening in Disney Springs. We will continue to keep you updated with more information!

You can find a full list of Disney Springs restaurants opening May 20th here!

Will you be visiting Florida theme parks when they re-open? Let us know in the comments below!

« Texas Theme Parks Release a Reopening Proposal to the Governor
What’s This?? You Can Watch Disney’s 2019 Not-So-Spooky Spectacular Fireworks Whenever You Want! »