With decisions made to promote safety in light of the current global health situation, it was announced, for instance, that Mickey’s Not-So-Scary Halloween Party has been canceled for the fall. The Epcot International Food & Wine Festival, however, will return — and SOON! (You can read all about it here.)

Of course, these are just two examples of Special Events and unique experiences that are typically available to guests, either as seasonal offerings or year-round enhancements. 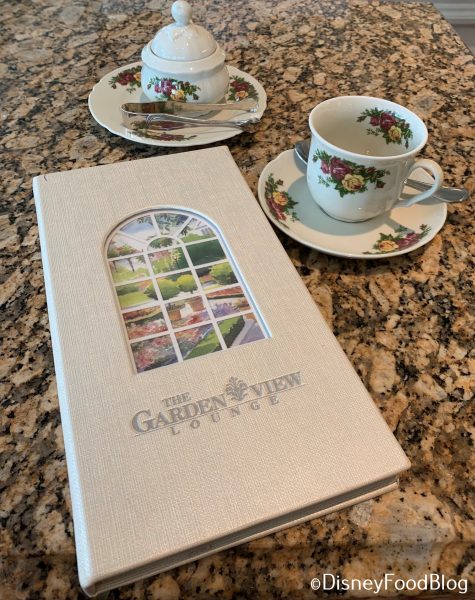 Afternoon Tea at The Grand Floridian

And — even though we have known for some time that experiences will be modified, with many not offered upon the initial reopening of Walt Disney World — a full list of experiences that will NOT be available upon reopening has been added to the Walt Disney World website. Of course, standing reservations have been canceled for experiences, and the ability to book these experiences has been unavailable since. But we thought this specific list would be helpful for those currently in the planning stages.

Offerings that will not be available include select special Dining Events — ranging from Afternoon Tea at The Grand Floridian to Jiko Wine Tasting and more (such as Dining Packages for select shows and spectaculars) — as listed below:

Of course, we have also known that — upon the initial reopening — nighttime spectaculars and parades (essentially, in-park events which lend themselves to large group gatherings) will not be part of the park experience. This naturally affects the availability of Dessert Parties and Dining Packages, which are add-on offerings that include reserved viewing areas for these popular shows.

The Dessert Parties that will NOT be available upon reopening include:

As a reminder, Disney has already stated that previously booked experiences that are affected by cancellations will be refunded, and you can read about that here.

We will be taking a look today at additional experiences that will not be available upon the reopening of Walt Disney World, which includes select Tours, Nature Experiences, and more.

In the meantime, to learn more about the upcoming reopening of Walt Disney World Resort — which begins with select Disney Resort hotels on June 22nd, followed by the theme parks starting with Magic Kingdom and Animal Kingdom on July 11th and EPCOT and Disney’s Hollywood Studios on July 15th — you can visit any of the links below.

What do you think of these modifications? Please let us know with a comment.

« Could Disney World’s Water Parks Be Reopening SOON?!
7 Problems You WON’T Have When Disney World Reopens »