When Disney World began to reopen Disney Springs, and with the subsequent announcements of reopening the theme parks and resorts, it was abundantly clear that the typical Walt Disney World experience was going to change.

Caribbean Beach Pin Trading Board Before the Closures

With the emphasis on increasing contactless experiences throughout the resort area, we wondered how pin trading would be affected! With many of the Disney Vacation Club Resort hotels reopening this week, we hoped to get an even better idea of what would be in store for pin fanatics.

We went into this experience knowing that pin trading could, at the moment, be completely unavailable. When we visited Pin Traders in Disney Springs, trading was unavailable altogether and Disney had previously announced that limited-edition releases would NOT drop at Disney World.

We also knew that in some way, pin trading would eventually become available in a modified form. However, we didn’t know if this activity was going to be immediately available or rolled out over time. For the first few days since some of the resorts have reopened, we haven’t seen any pin boards ANYWHERE. We were starting to lose hope until we walked into Artist’s Palette at Disney’s Saratoga Springs Resort. 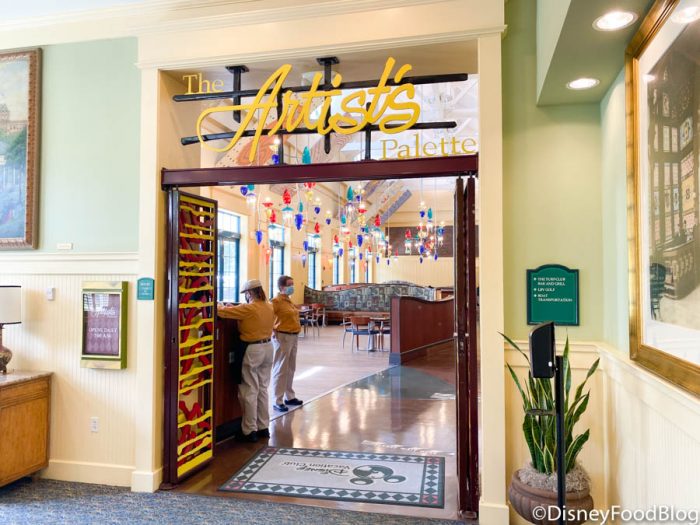 That’s where we spotted it! A REAL! LIVE! PIN BOARD! Rather fittingly, the pins seemed to be doing a little social distancing of their own. Since there’s a plexiglass barrier installed at Artist’s Palette’s cash registers now, we pointed to the pin we wanted. The Cast Member wiped it off for us and slid it through the slot in the window. 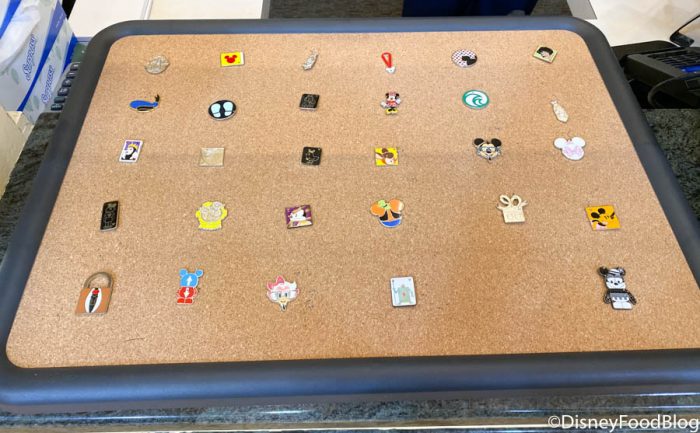 We Have a Post-Closures Pin Board Here, People!

We laid the pin we were swapping on the counter and the Cast Member picked it up, wiped it off, and stuck it on the pin board! And just like that, our first pin trade transaction in a reopened Disney World was complete! We’ll let you know if we spot more pin boards, but for now, we can say pin trading seems to have officially returned!

Follow along with our adventures around the reopened Disney World Resort hotels here!

Do you trade pins at Disney World? Let us know in the comments!