Just a few days ago, there was NO availability for Passholders in July — that means no chance of getting into ANY park on ANY day. August had some options still, but days (especially weekends) were going quick. 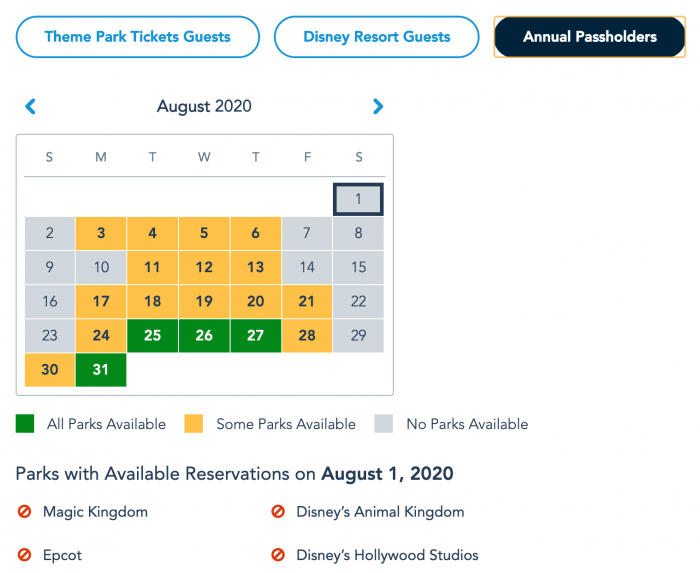 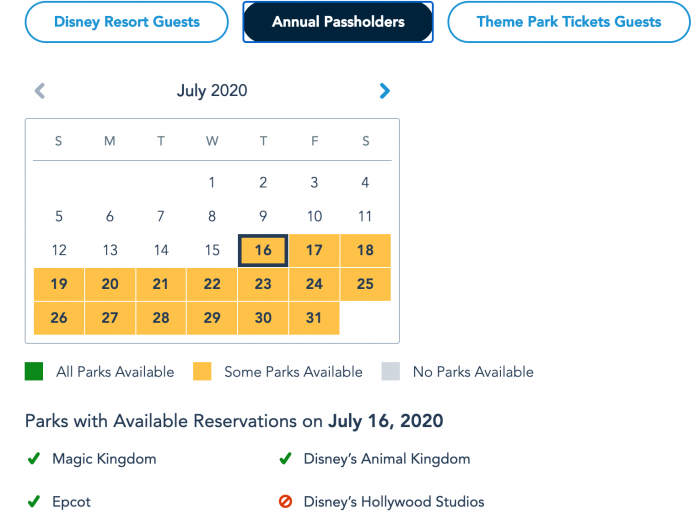 August has more options too! If you want to head to Hollywood Studios, you’ll have to wait for the end of August, but otherwise, parks are available again! Keep in mind that the added availability does not reflect any change in capacity numbers. 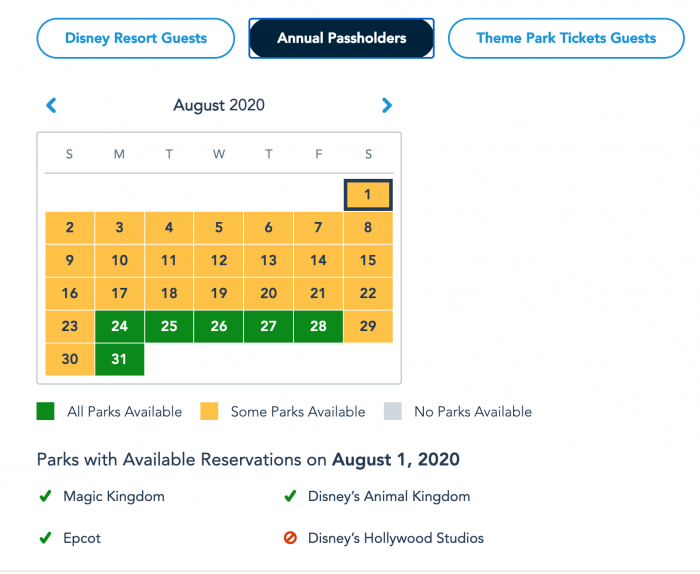 And there ya have it! This should hopefully give Annual Passes more of an opportunity to get into the parks. Keep an eye on DFB for more updates about the Disney Park Pass and Disney World’s reopening!

Click here to learn more about the Disney Park Pass!

Do you have questions about the Disney Park Pass? Ask them in the comments!

« Is THIS Where the NEW Everglazed Donut Shop Will Be in Disney Springs?!
DFB Video: What You Need to Know Before You Go to Disney Right Now! »