Well, here we are. All of the Disney World parks have reopened and we’ve been exploring the changes for over a week now.

It certainly can be easy to want to settle back into “the parks are open” mode, but just because the parks are open doesn’t mean they’ll necessarily stay that way. Hong Kong Disneyland recently became the first park to RE-close due to the global health crisis…is it possible that Disney World could do the same?

This has definitely been a question on our minds and the minds of our readers! After all, it’s not like the global health crisis has just disappeared with the reopening of the parks.

If we’re looking at the case numbers, it’s really only gotten worse in recent days — especially in Florida. 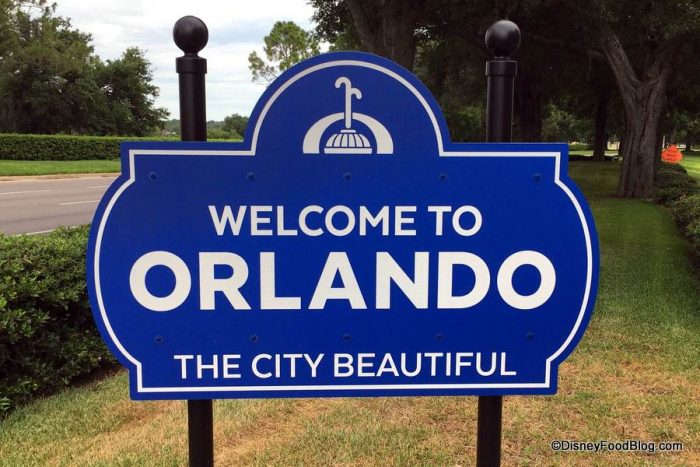 As you can imagine, we’ve been keeping a close eye on case numbers in Disney World’s home state. In recent weeks, Florida has made a habit of breaking daily records for positive tests. And it’s not uncommon to see headlines like one from Tampa’s News Channel 8 touting a new record numbers of hospitalizations.

At the beginning of July, the state saw 10,000 new cases reported five days in a row, prompting some Florida representatives to call for a shutdown and further health and safety measures, per CNBC. On top of that, Orlando Weekly recently reported that a White House task force deemed the state (and Orange County) a “red zone” for the crisis and recommended rolling back reopening measures across the state.

Orange County (where Disney World is predominantly situated) is deemed a problem area. According to ClickOrlando, the county recently saw a jump in case-related deaths. With severe cases on the rise, some ICUs in Florida have even begun to run out of beds, per CBS News. The main reason everything shut down in the first place was to prevent this.

Recommendations from health officials are a major factor in reopening.

Rising numbers in Florida are not enough on their own to give us an idea of whether the parks will close again. After all, they were rising when the gates first reopened too. Disney has based most of its reopening plan on the expertise and recommendations of health professionals, so experts would play a major role in the call for a re-closure if it happened. 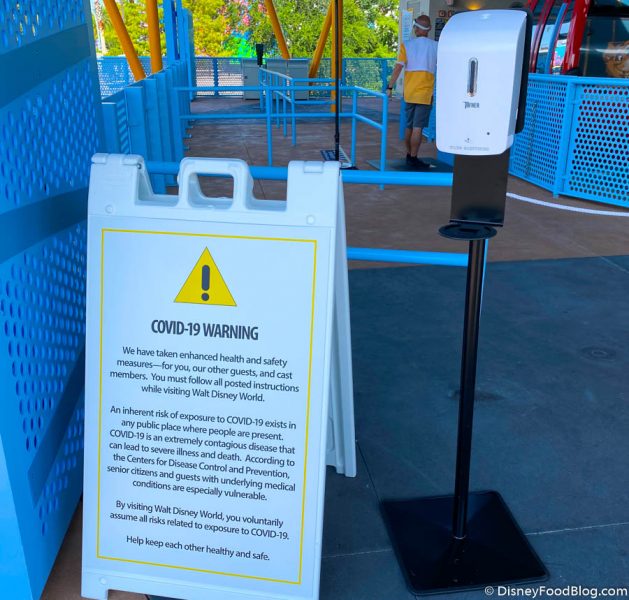 Though the Center for Disease Control and Prevention (CDC) does not have specific recommendations for large scale, stationary theme parks like those at Disney World, they do have recommendations for recreational spaces and traveling amusement parks that may be considered.

Disney World is doing what they can to comply with the CDC guidelines. At this time, full compliance at amusement parks still constitutes a moderate risk to guests.

As we mentioned, a White House task force (partially comprised of health professionals) did put out a report that suggests Florida, and other states in the “red zone,” rollback on reopening. According to CNN, suggested measures include closing bars (Florida has already done this to a degree), limiting gatherings to 10 people, avoiding indoor gatherings, and closing indoor dining. 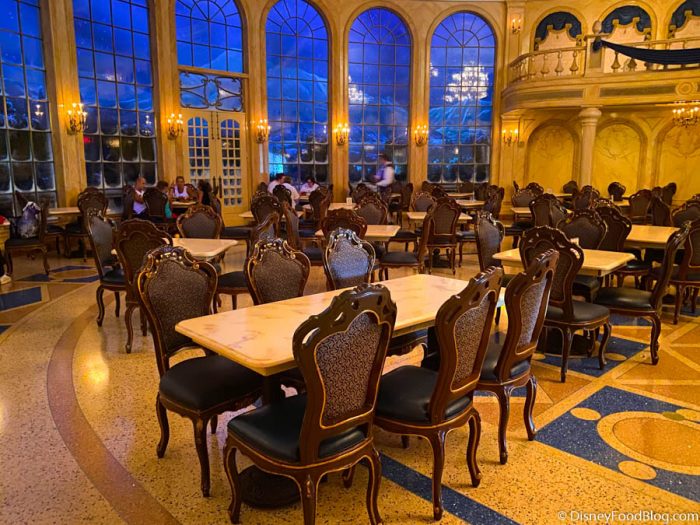 If these measures were to become concrete, that would seriously limit the attractions and dining options in Disney World. Could this play into the ability of the parks to remain open? We’re not sure, but it’s definitely something we have on our radar.

But really, it comes down to the government mandates.

A lot of our concern about the potential reclosure of Disney World was sparked by the reclosure in Hong Kong. It is important to note that the reason Hong Kong Disneyland closed again was due to government mandates. Disneyland in California also had to delay its reopening due to government requirements. So, the precedent so far has been that government intervention is one of the biggest factors in closing and reopening the Disney parks.

So, if the government plays such a big role, let’s take a look at recent comments from leaders. According to CNN, the most recent stance from the White House is that the country will not be shutting down again. Florida Governor Ron DeSantis has noted that Florida is following in this vein and will not be significantly rolling back the reopening.

On a more local level, Mayor Jerry Demings in Orange County has been following the lead of the governor, but has ALSO noted that if Disney is found at the root of an outbreak or if ICU beds become scarce in the county, the local government will not hesitate to ask Disney to reevaluate their opening. 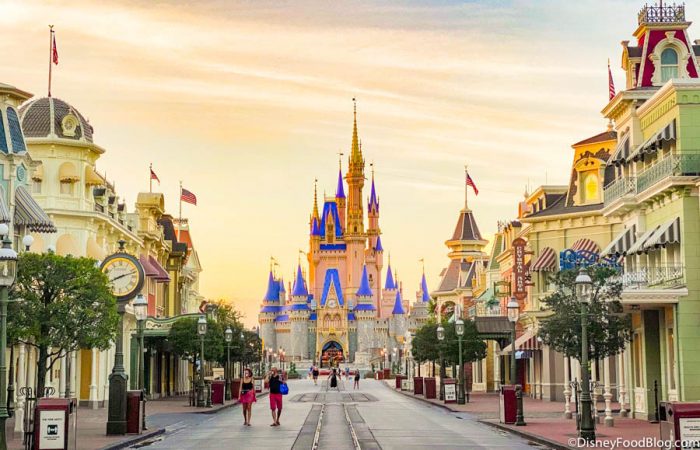 Right now, the intention seems to be to stand behind the reopening measures, but we can’t rule out that a government entity will change mandates in a way that ultimately affects Disney World’s ability to stay open.

Disney executives are confident in being able to stay open — but willing to be flexible. 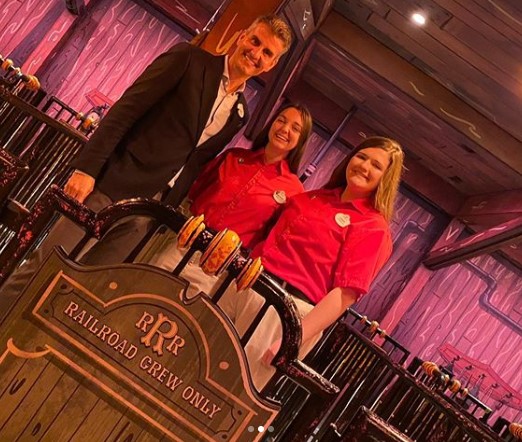 D’Amaro lauded the company’s measures and expressed confidence in reopening. He explained that despite rising cases, the parks can be open responsibly. He did note when asked if the parks could reclose, however, that the reopening plan has been built with some wiggle room if it needs to flex.

Click here for our perspective on the safety of Disney World.

All things point to business as usual, but we can’t discount a reclosure as a possibility.

So right now, it does seem like Disney World will stay open, but we’re not necessarily calling that the final word on the matter. Disney has been throwing us curveballs for all of 2020. Even though the official line shows optimism, we have no exposure to what kind of conversations are happening behind the scenes. 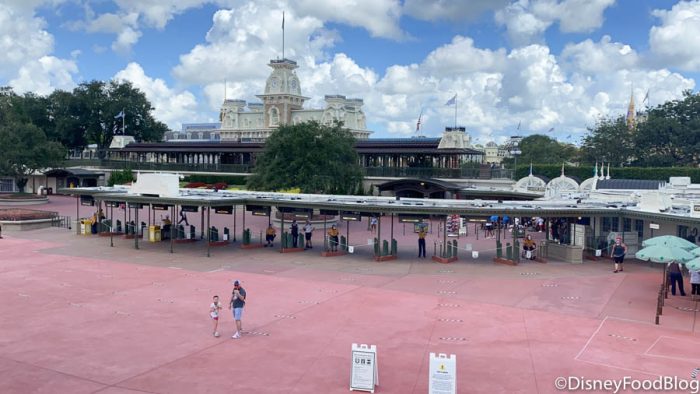 We’ll be keeping track of the comments from major players in the decision making. If the parks do reclose, it will be for the health and safety of everyone. We’ll be the first to let you know!

Click here to learn more about the delay to Disneyland’s reopening.

Do you think Disney World will close again? Share your thoughts in the comments.