Hello from Magic Kingdom! We’re wandering around this wonderful world that’s all decked out for Halloween and having a blast! 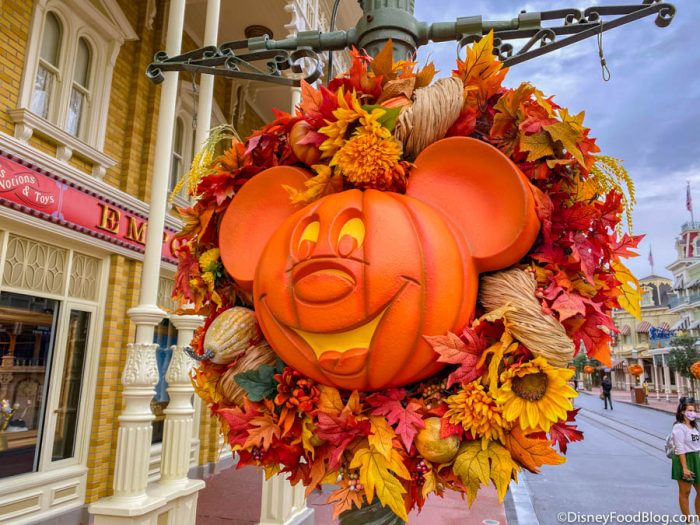 It doesn’t seem that long ago when we were here last (it wasn’t), but we still have a lot of updates! So let’s get to it!

The biggest food news of the week is that Cinderella’s Royal Table reopened a day early! We joined the Walk-Up Wait List with a wait time of just five minutes! Even better? Although Disney was pretty specific about how there would be no princesses there, WE WERE GREETED BY CINDERELLA HERSELF! 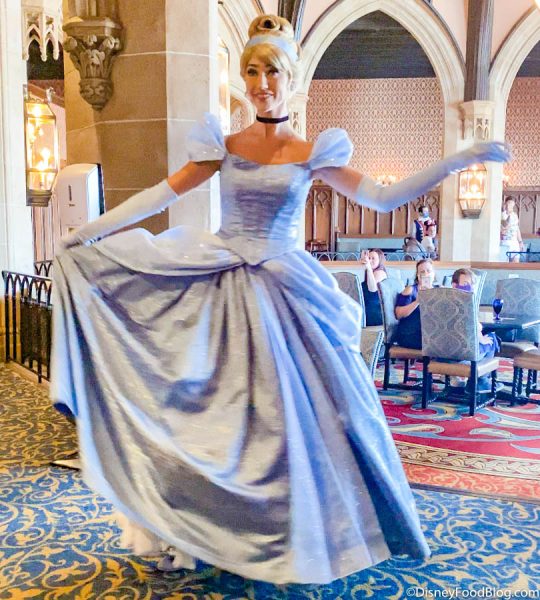 We found a sale at Main Street Cinema on art prints! All prints are $39.99, but if you buy two, they’re only $30 each. Originals, though, are not included in the discount promotion. 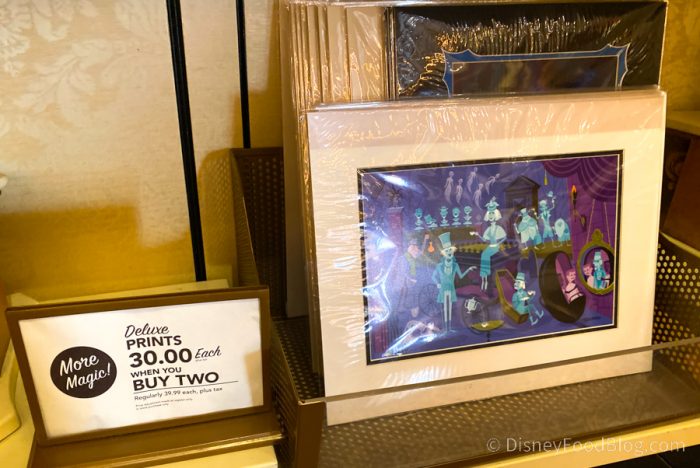 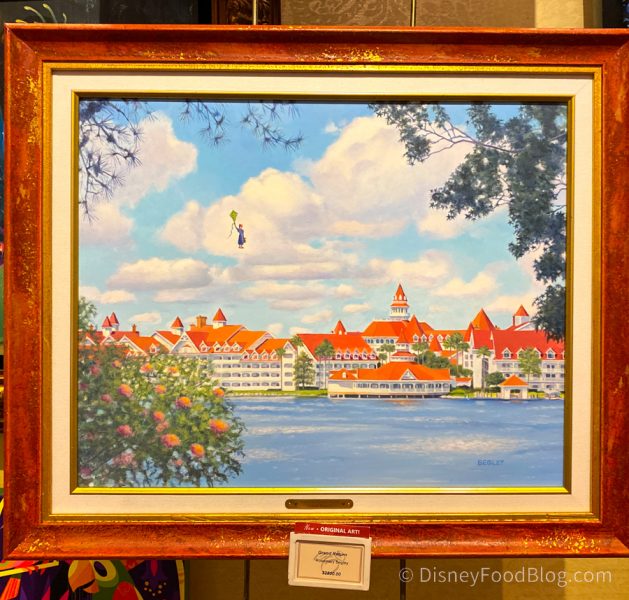 Yes, that’s the Grand Floridian, but it’s one tiny detail there in the sky of the painting that gets us in the heart! It’s Mary Poppins! This original painting is $2,800. 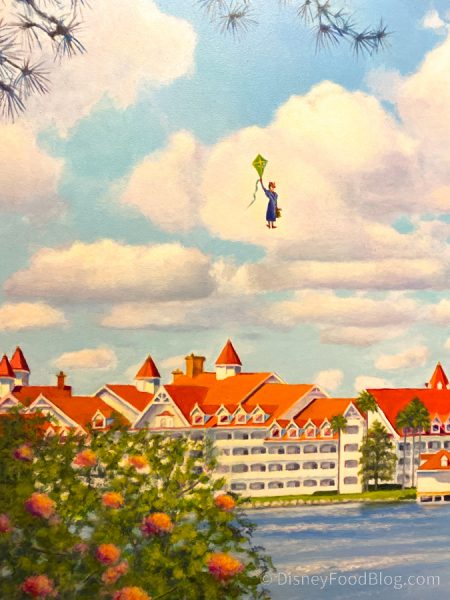 This Minnie Mouse Card Holder is pretty sweet, don’t you think? We found it for $14.99. 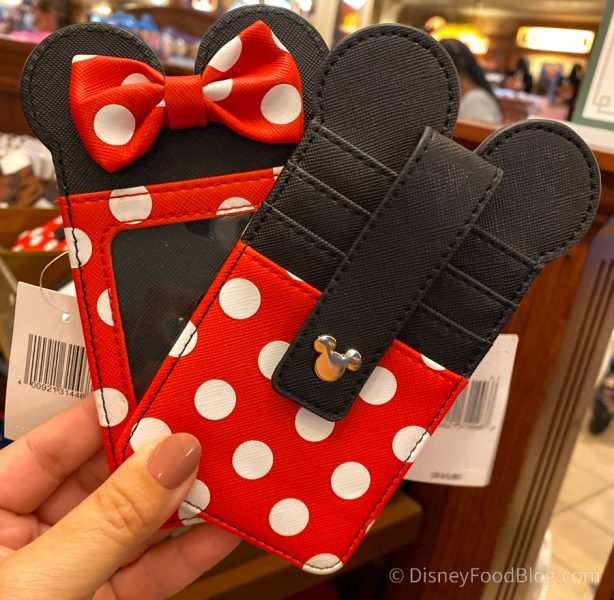 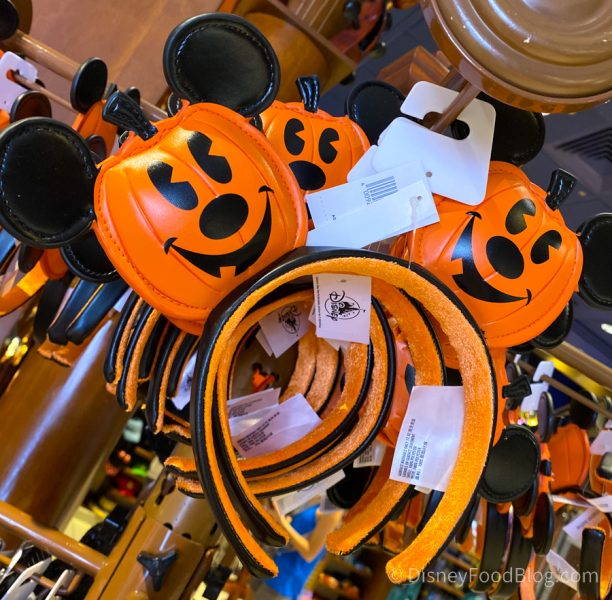 We’ve already spotted these ears at Hollywood Studios for $29.99, but now they’ve landed at Magic Kingdom, too. 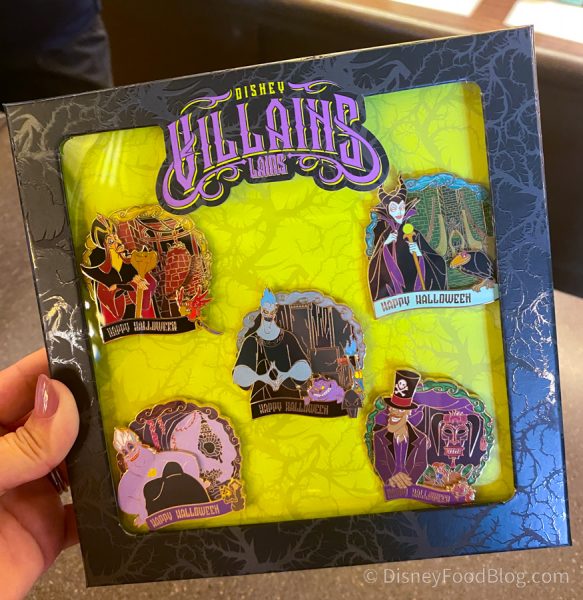 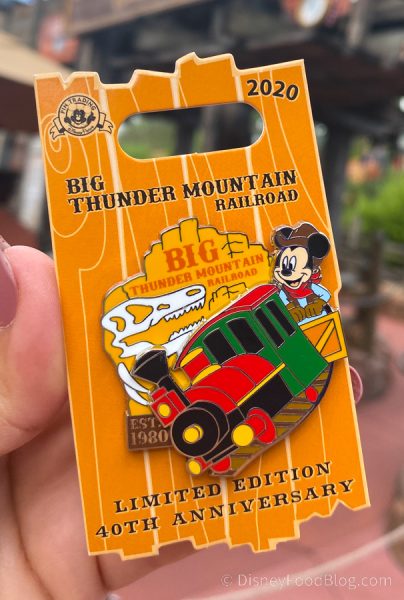 Then there’s the Big Thunder Mountain Railroad MagicBand. This brown and black band notes the year our beloved BTM came to us: 1980. It’s $29.99.

If you’re looking to protect your phone with a cool Big Thunder Mountain Railroad Phone Case, you’re in luck! This limited edition case for $29.99 has the BTM logo! 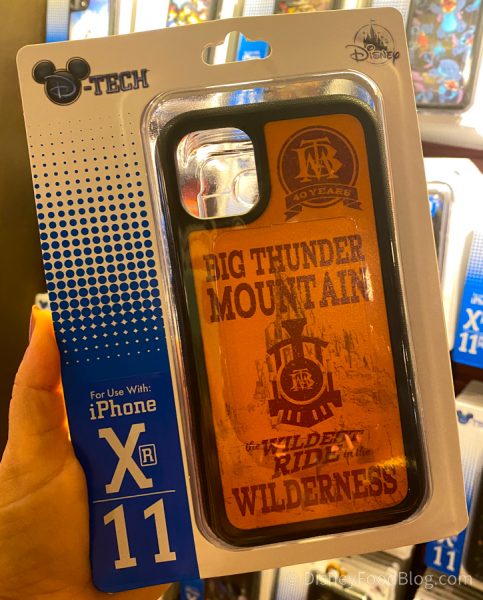 Of course, you can’t celebrate a 40th anniversary without a special Big Thunder Mountain Railroad T-Shirt. Check out the cool BTM artwork on it! 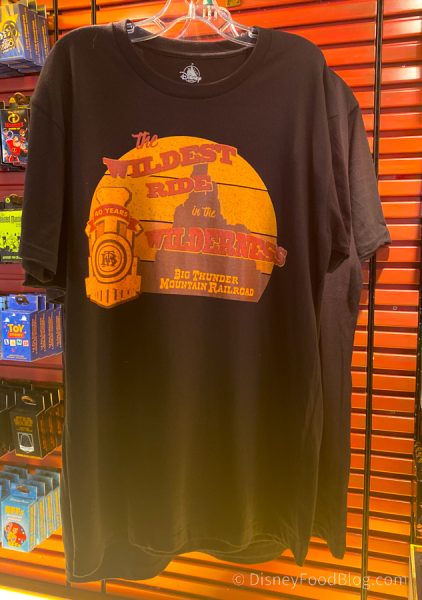 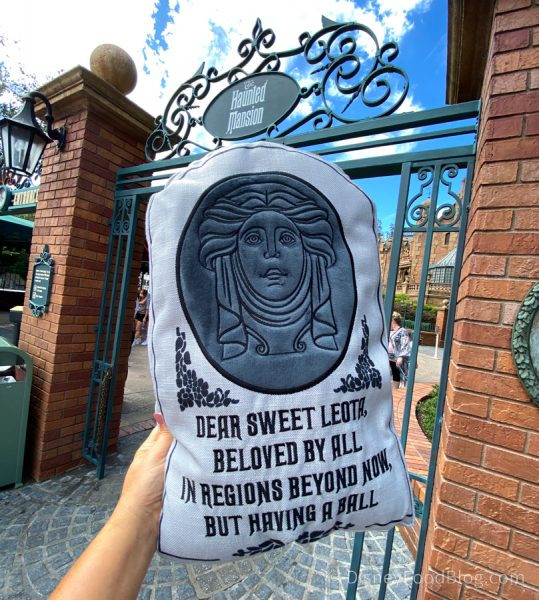 Check out more photos of the Madame Leota Tombstone Pillow

The Loungefly Neon Disney Parks Icons Bag is BACK IN STOCK at Uptown Jewelers. We previously spotted this baby at DisneyStyle at Disney Springs, and it sold out FAST. So if you’re still looking for it, head over to Magic Kingdom STAT. 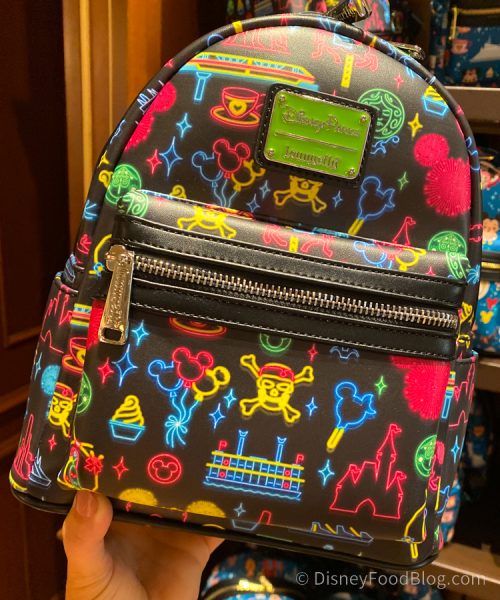 The $75 bag is covered in all our favorite Disney World things (including Dole Whip!). How can we not love it?

We saw so many characters during our day at Magic Kingdom! Hello, Pooh! 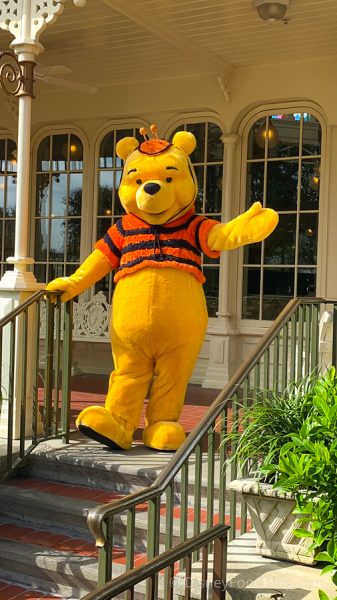 Peter Pan was busy reminding everyone not to grow up! This is the first time we’ve seen him here at the Crystal Palace! 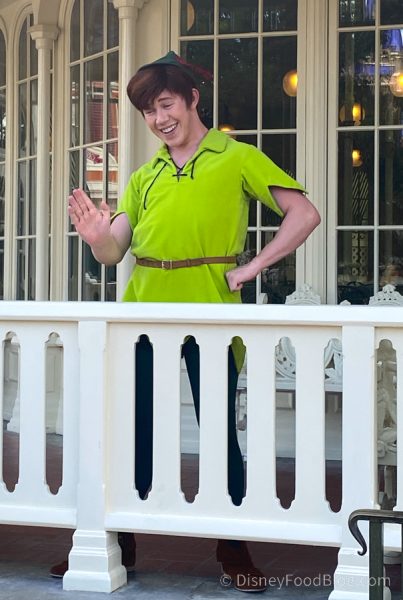 Minnie Mouse is always a favorite during the Halloween Character Cavalcades! 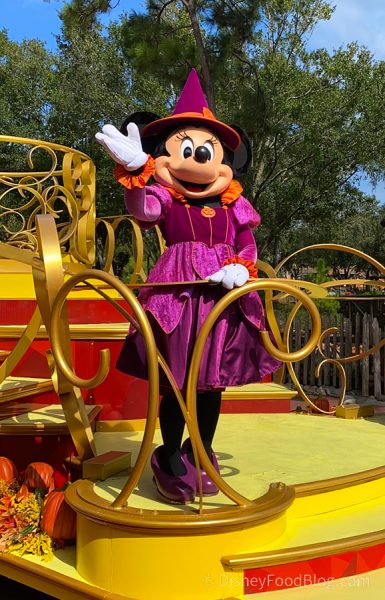 Minnie was joined by Pluto! 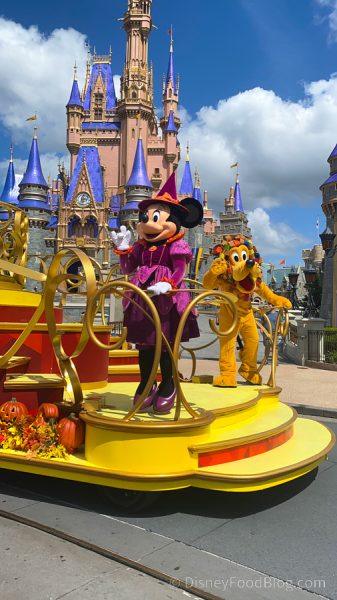 We LOOOOVVVEEE The Nightmare Before Christmas float. Oh, Jack and Sally. Simply meant to be! 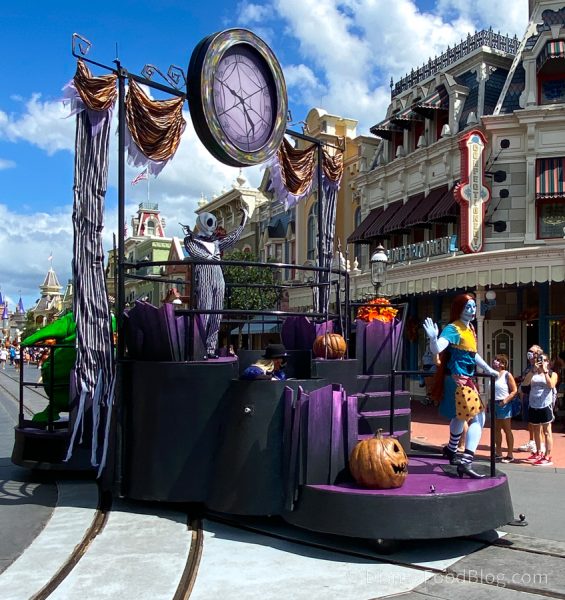 The Nightmare Before Christmas Float

Well, well, well, what have we here? It’s not Sandy Claws! It’s Oogie Boogie in all his green glory! 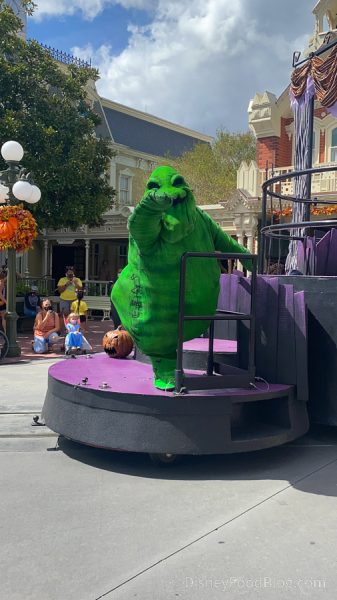 The Dapper Dans have made their return to Disney World! But because it’s Halloween, they’re the Cadaver Dans. 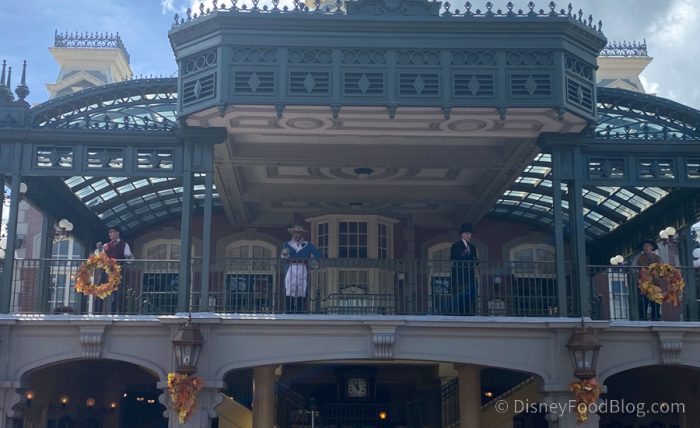 We’ve missed these guys so much, and it’s so wonderful to hear them singing in Magic Kingdom again (even if we did keep up with all their videos this summer!).

The side walkway was open this morning for crowd control to allow guests to bypass Main Street if they chose to. 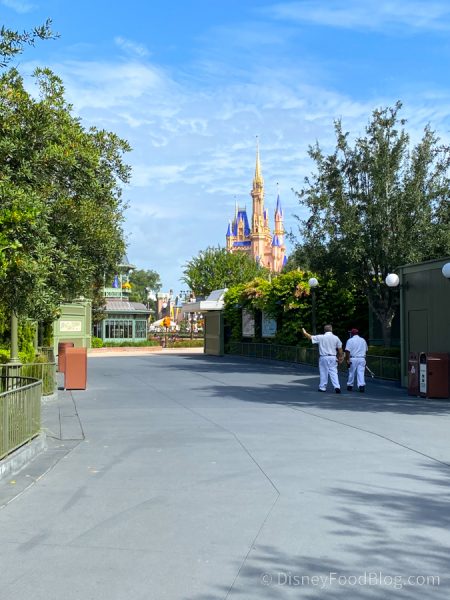 It was quite the full day at Magic Kingdom, but much fun was had by all! We’ll be sure to keep you updated on any new goings-on at the parks, so please, stay tuned!

Have you been to Magic Kingdom recently? Let us know in the comments!