Although the current global health crisis has affected the travel industry as a whole, the cruise industry has even been more impacted than most.

And that doesn’t seem to be something that will change soon — Disney previously confirmed that its cruise operations would be the last of its tourism-based businesses to return. Disney cruises have also been suspended through mid-December.

Recently, the CDC extended its No-Sail order, which bans cruises through the end of October. Despite the no-sail order’s end date, cruise lines are remaining cautious. Royal Caribbean recently announced it was suspending sailings through November 30th. 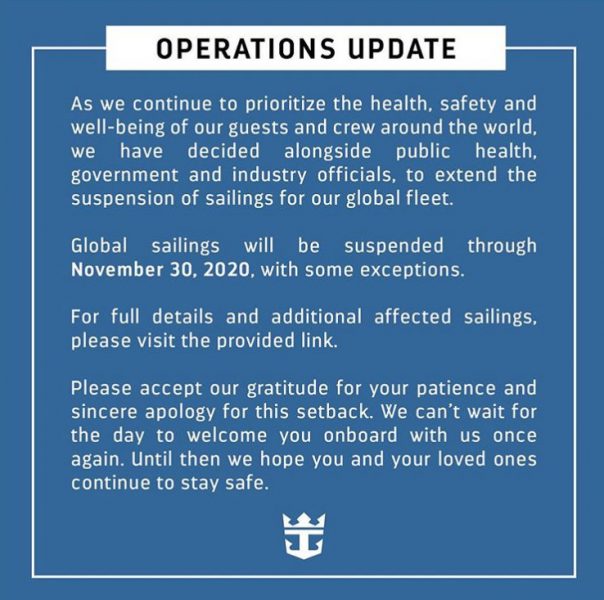 Port Canaveral hopes that cruise ships will begin to depart again as early as January, but cruise line itineraries continue to be delayed, and there’s no guarantee the CDC’s No-Sail order will be lifted by then. All cruise lines will also have to take certain safety precautions to resume business.

In the meantime, it seems that the cruise industry will continue its “wait-and-see” approach, and we’ll keep you informed of any updates.

Take a look at Fall 2021 Sailing Dates for Disney Cruises

Did you have a Disney Cruise planned for this year? Let us know in the comments.