Although we have no idea when Disneyland might reopen, Downtown Disney reopened this summer, and we’ve been enjoying all the food (hello, pumpkin spice churro!) and shopping there! 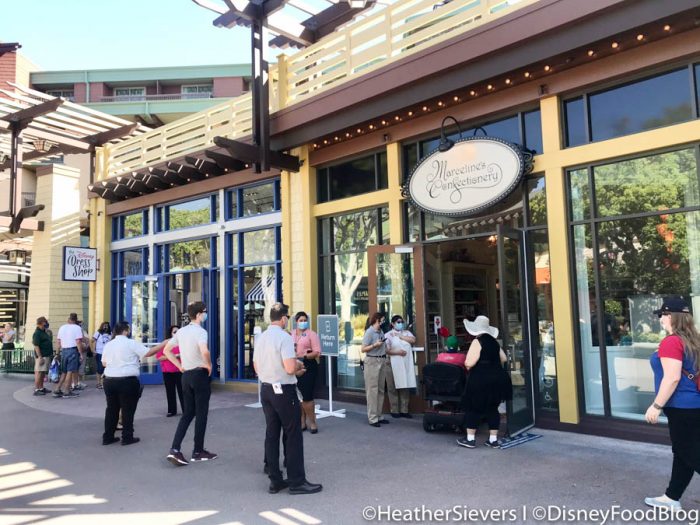 So when we found out about all the new Halloween treats popping up at Downtown Disney, we headed there to TRY THEM ALL!

One of the first we tried was the Magic Mirror Krispie Treat from Marceline’s Confectionary. That’s right — it’s the Evil Queen’s Magic Mirror in edible form. Isn’t it wonderfully wicked? 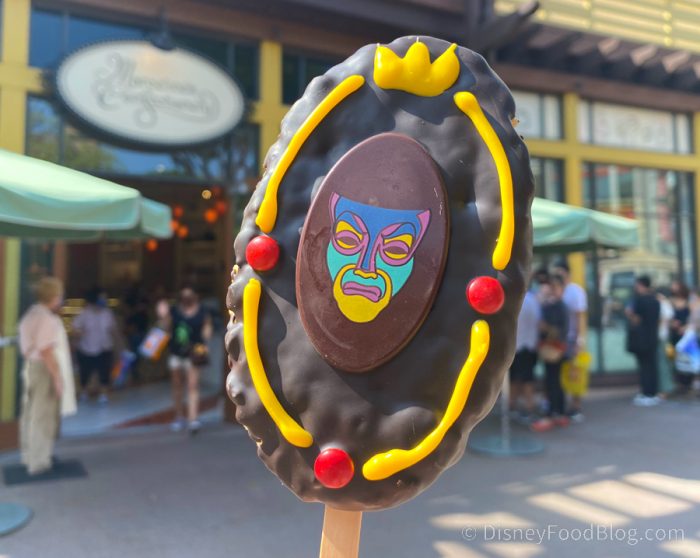 Now, we’ve seen much more elaborate Rice Krispie treats in the past, but we love that crunchy marshmallowy goodness, so that’s all that really matters. This is a simple Rice Krispie treat on a stick with a thin layer of dark chocolate on the top. Just one bite… 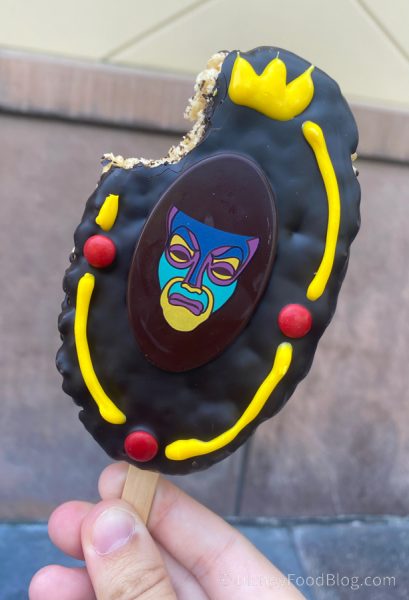 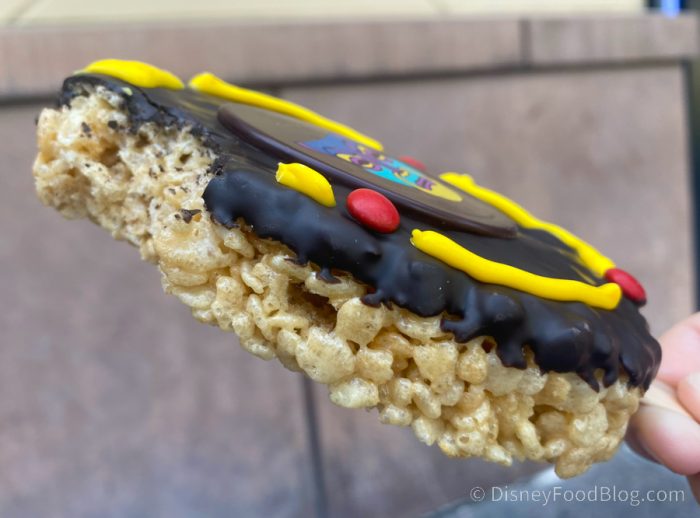 The Magic Mirror Krispie Treat is $4.99. We’ll be trying out some of the other Halloween goodies at Downtown Disney soon, so stay tuned!