The major topic of discussion was Disney+ and Chapek revealed that the company plans to prioritize the focus of the entertainment division on the streaming service moving forward. He also announced a date for the upcoming virtual Investor Day and shared information on theme park capacity.

This interview isn’t the first time Disney has made headlines in recent weeks. Following the news that Disney was laying off 28,000 employees, the company found itself as the focus of much media attention.

A number of Disney executives responded to this news, including Chairman of Disney Parks, Experiences and Products, Josh D’Amaro, and Executive Chairman of The Walt Disney Company and Chairman of the Board of Directors, Bob Iger, among others.

However, Chapek had remained noticeably quiet up until this point. With yesterday’s interview with CNBC, Chapek has positioned himself back in the public eye by sharing details about the future of the company. This is one of the first major interviews given by Chapek since his transition to interim CEO and the start of the global health crisis. 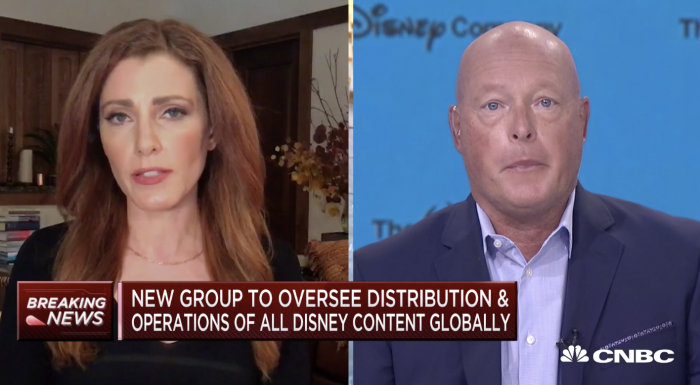 As far as the decision to focus on streaming, Chapek shared that he “would not characterize it as a response to Covid,” and that he believes “Covid accelerated the rate at which we made this transition, but this transition was going to happen anyway.” He explained that consumers will lead them to their financial decisions and “Right now they are voting with their pocketbooks, and they are voting very heavily toward Disney+.”

To accelerate the transition, Disney promoted Kareem Daniel to oversee the new media and entertainment distribution group. Daniel will take part in making decisions regarding Disney’s theatrical and streaming release schedules. He will also be in charge of making sure streaming stays profitable.

The announcement of the new promotion comes after the decision to screen the premiere of Mulan on Disney+. And, coming soon Pixar’s Soul will do the same. With Daniel’s promotion, we’ll most likely see many more Disney films premiering exclusively on Disney+ in the future. 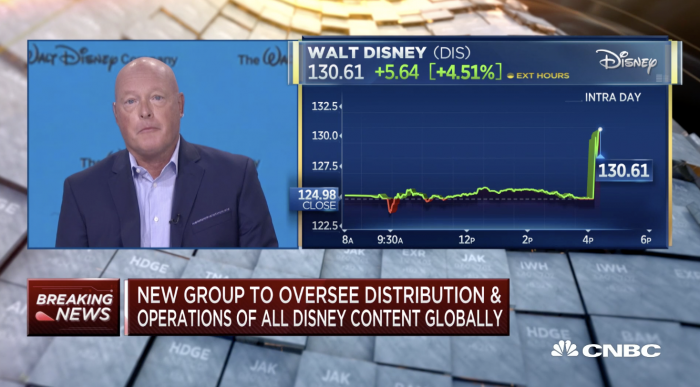 While announcing the reorg, Chapek explained that “given the incredible success of Disney+ and our plans to accelerate our direct-to-consumer business, we are strategically positioning our Company to more effectively support our growth strategy and increase shareholder value,” and “managing content creation distinct from distribution will allow us to be more effective and nimble in making the content consumers want most, delivered in the way they prefer to consume it.”

We’ll continue to be on the lookout for more statements from Bob Chapek, as well as the other Disney executives, about what to expect for the future.

Click here to read more about how Disney executives responded to the company layoffs.

What do you think of this priority shift? Let us know in the comments below.