Although we’re still busy trying out all the new holiday snacks and drinks at Disney World, we’re still keeping an eye on restaurant menus and updates! 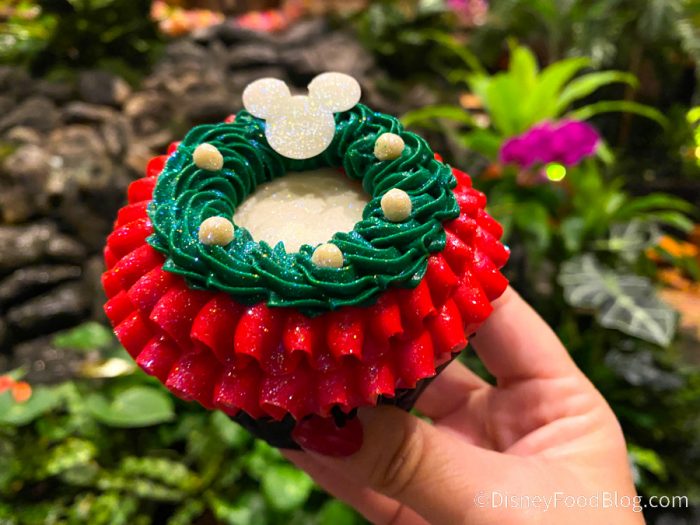 We didn’t spot any official menu changes this week, though, but a BUNCH of our favorite snack spots at Disney World have reopened!

Things have been super busy with reopenings over at Disney’s Hollywood Studios! It was just a week ago that Woody’s Lunch Box reopened, but there were SO many reopenings this week!

Oasis Canteen is now open every day! It’s been open for a while, but previously, it seemed to be closed more often than not. That has officially changed — a Cast Member told us it will now be open every day of the week. 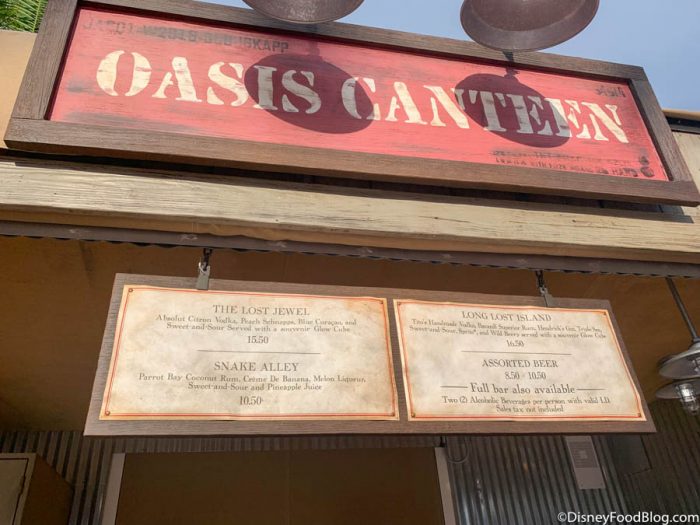 It’s a great spot for a cocktail or anything else from a FULL BAR, so YAY!

It’s like Disney World knows that guests at Hollywood Studios really need places to take a break and grab a drink because Sunshine Day Bar has also reopened! It’s back to offering its standard menu and also has a full bar! 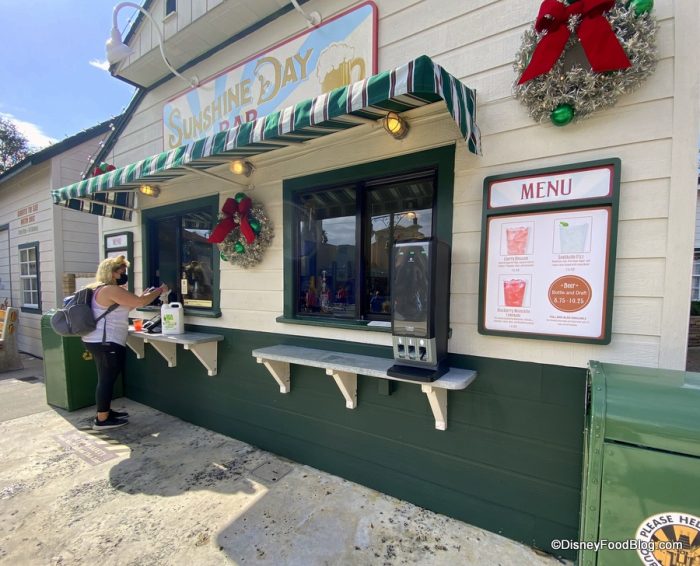 Right now, though, the bar is only open on weekends, Fridays through Sundays.

You’re in for a rocking good time at Hollywood Studios because the KRNR Rock Station Food Truck has officially reopened and now you can pick up some quick snacks, or indulge in a yummy frozen treat! And fortunately, the menu is the same! 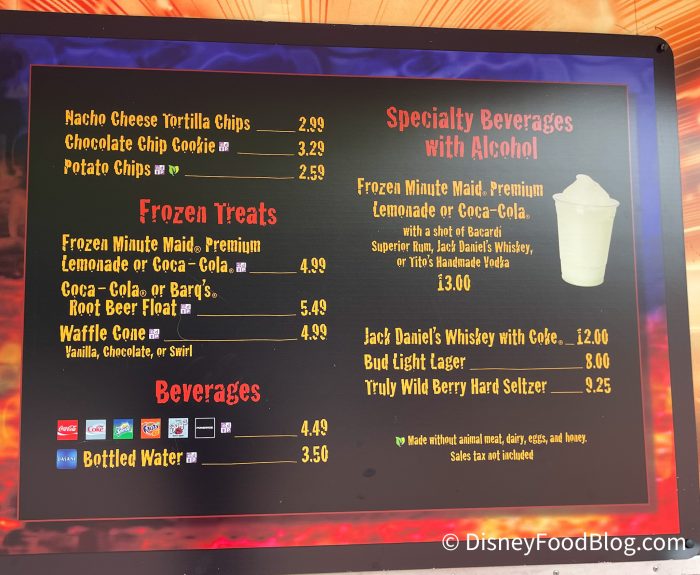 On a hot day, there’s nothing like a frozen lemonade! YUM!

Read more about the KRNR The Rock Station reopening

After seeing hours for Epic Eats for December 5th on Disney World’s website, we were surprised when it opened a day early! So funnel cake fans rejoice, because this is where to go in Hollywood Studios to get that funnel cake fix! 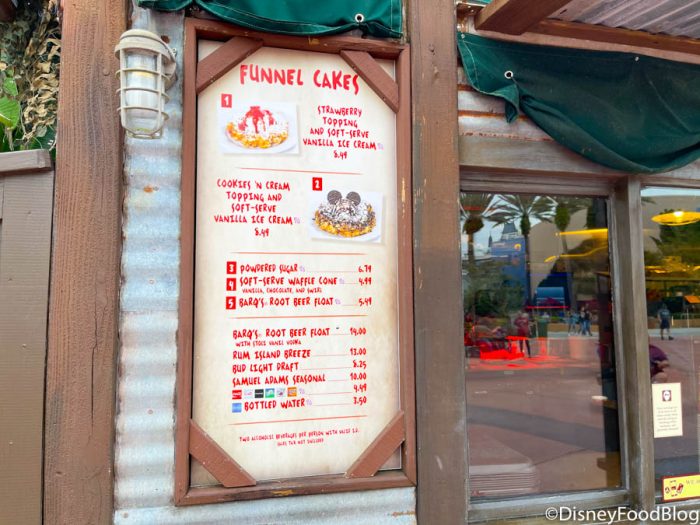 See more about the reopening of Epic Eats

Guess what just turned up at Tambu Lounge at Disney’s Polynesian Village Resort? That one snack that we might love above all else — the ‘Ohana Bread Pudding! Oh, Happy Day! Now there are two locations where you can get this while ‘Ohana is closed! 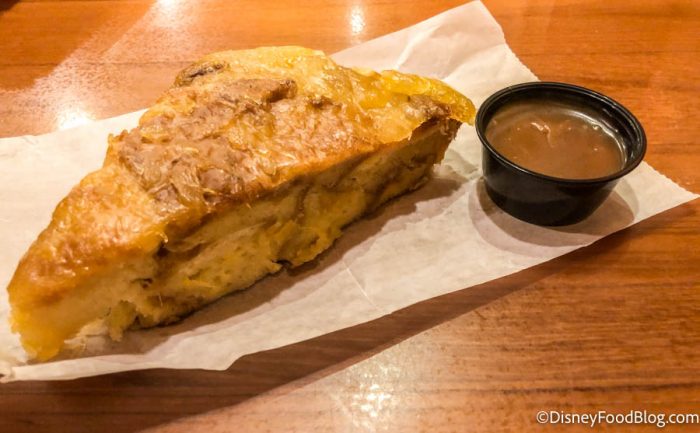 Note, though, Tambu Lounge’s version is more of an ‘Ohana-inspired version of the bread pudding and is a little different. This is actually a warm, pineapple bread served with a caramel sauce. There are also no bananas in the sauce and no ice cream. Although this isn’t EXACTLY like our favorite bread pudding, it’s a worthy substitute. This dessert is available after 5PM and it costs $12.

When we get a Dole Whip craving when we’re around the Polynesian Resort, we head to Pineapple Lanai! But there’s a new menu item here — a Dole Whip served INSIDE A PINEAPPLE. We can’t imagine anything more perfect in this world! You can even get a shot of coconut rum to pour over it. 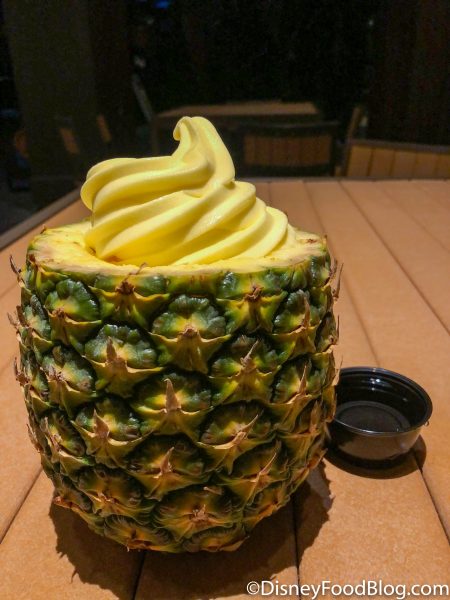 The perfect Dole Whip doesn’t exis…yes, yes, it does and it’s called the Lapu Hula! That is a LOT of Dole Whip, so it’s definitely shareable — but only if you want to!

We’ll be keeping an eye on every restaurant and menu at Disney World, so check back again next week for more updates!

Review! Does This New Gummy Candy in Disney World Count as Eating Your Veggies?

What’s been your most disappointing menu/restaurant change or update since Disney World reopened? Let us know in the comments!