Over the past year, the trading value of Disney’s stock has fluctuated quite a bit, hitting some particularly low levels around mid-March which is when many of its theme parks around the world had to close due to the pandemic.

Just a few days ago, we saw Disney’s stock hitting some of the highest values it’s seen all year — with stock trading around $153 and $154 per share. And one day before the Investor Conference, the stock was still doing well. The trading range for December 9th was $153.89-$157.46 according to Yahoo! Finance. The stock ultimately closed on December 9th at $154.43.

In the evening of December 10th, after Disney’s exciting announcements during its Investor Day conference, the stock’s trading value rose yet again, being projected at $160.80, up 17% from market close. 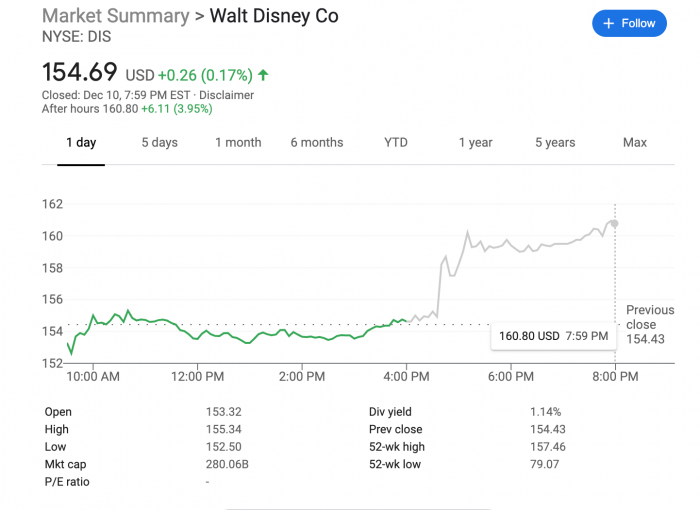 Today, December 11th, the stock value is STILL rising! As of around 11:30AM (ET), the stock was up over 14% and valued at around $178.16, according to Google Finance. That value continues to fluctuate, however, both up and down.

Disney Stock Values as of Around 11:30AM ET | ©Google Finance

Investors are excited about the onslaught of content announced and promised for Disney+ and theatrical releases over the next few years. But how long this increase in stock value will last is unclear. 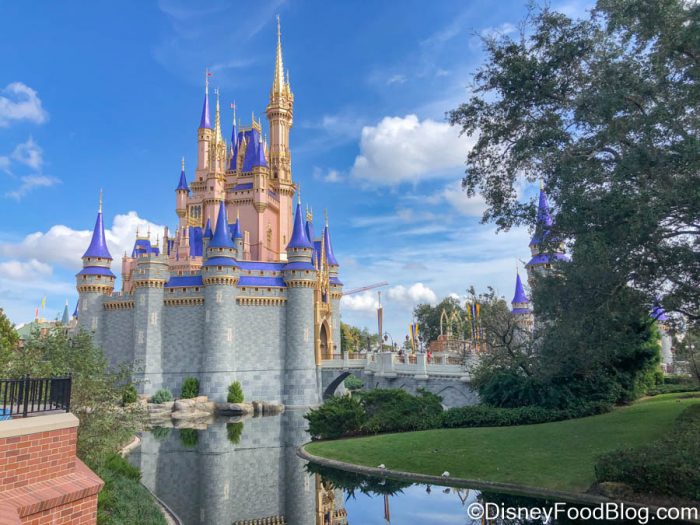 Disney still has many challenges to face in the upcoming weeks and year. Two international Disney theme parks have been forced to close again, Disney Cruise Line has canceled all sailings through February of 2021, and many Cast Members have recently or are set to soon be laid off. But, it appears investors are still optimistic. We’ll continue to keep an eye out for any big Disney news and, of course, bring you all the latest!

Click here for our breakdown of Disney’s Q4 report which was released in November.

« The Disney World Closures That Could CHANGE Your Plans Next Week
NEWS: The Wonderful Walk of Colorful Cuisine Will Return to EPCOT’s Festival of the Arts! »