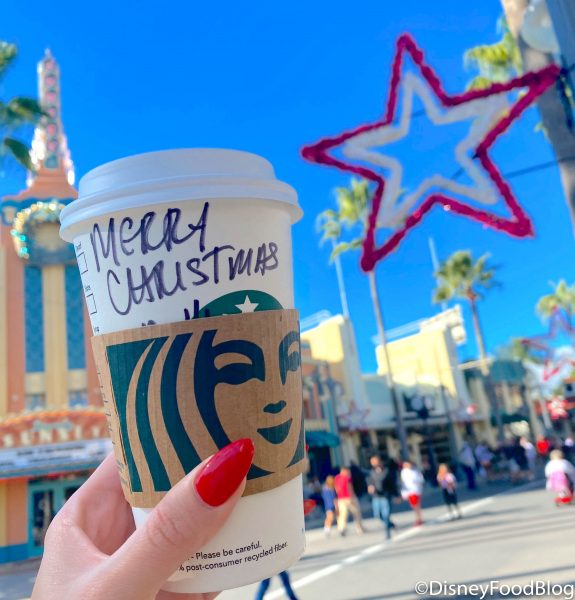 And, we’ve got plenty of food, merchandise, and entertainment updates to share with you! So, what are you waiting for? Let’s dive right on in!

While we were hopping around Star Wars: Galaxy’s Edge, we spotted the Sprite Droid Cart transporting some cargo around the park. A Cast Member remote controlled the cart with a handheld switch. 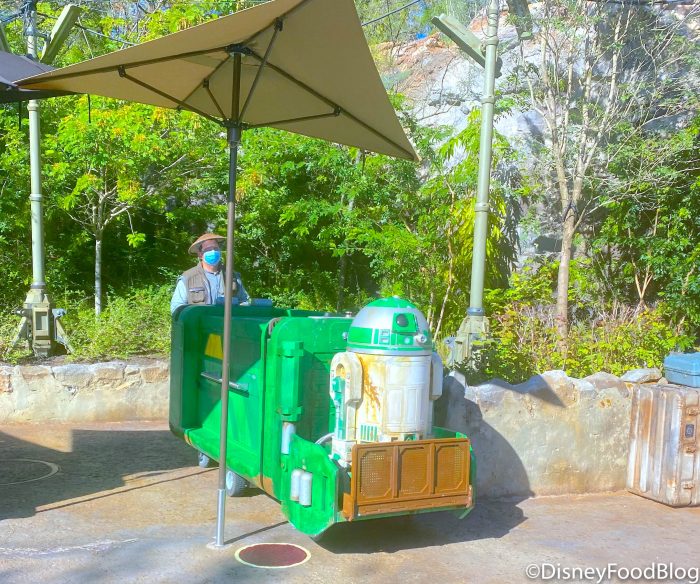 Do note, guests will have to stop by an actual merchandise cart to snag the thermal detonator Coca Cola products.

Since plaid is all the rage during the holidays, you can put on the Mickey Plaid Hat to wear with your coziest and comfiest spirit jerseys for $27.99! 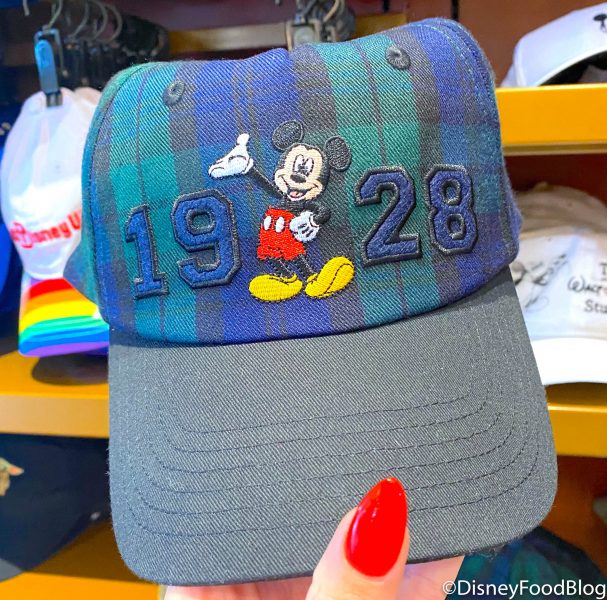 The hat features the 1928 debut date of Mickey Mouse in Steamboat Willie as he wears his classic red, white, and yellow ensemble on the front! 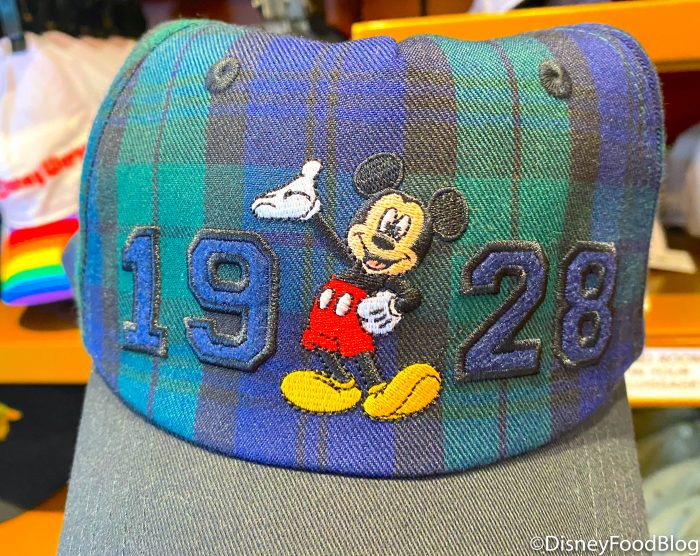 And, those holiday outfits could only look better with a few accessories! So, you can add some flair to your look wearing the colorful Mickey Earrings for $14.99… 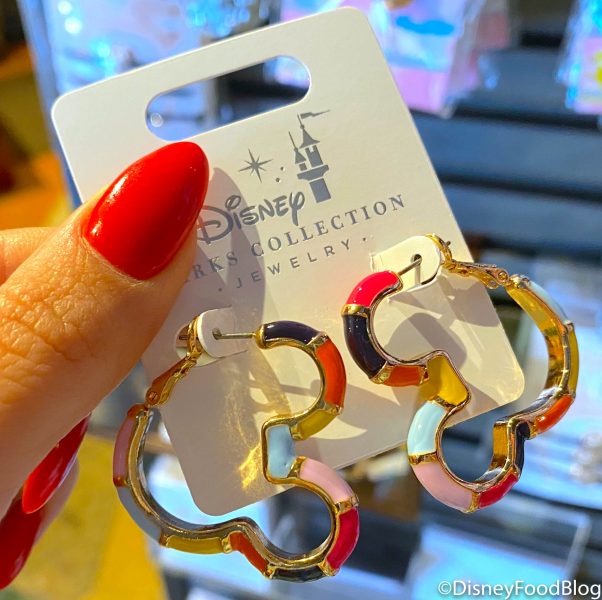 …Disney Princess Bracelets that talk about dreams, wishes, and fantasies for $14.99… 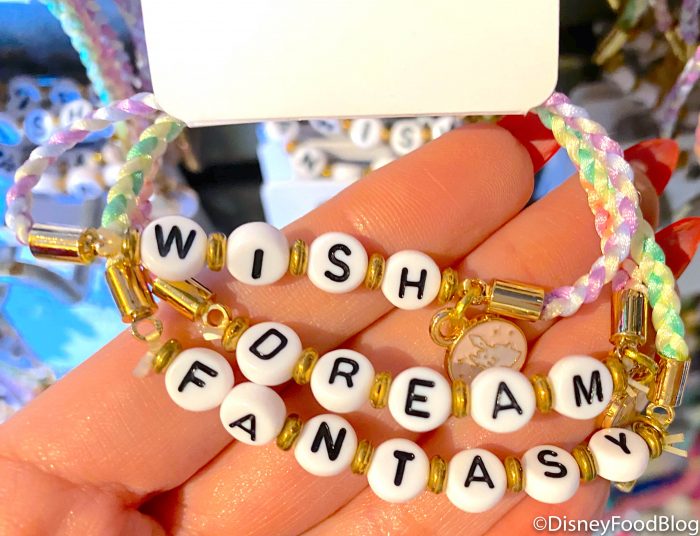 …as well as individual icons from the Disney Princesses, like a glass slipper, crown, and a magic lamp! 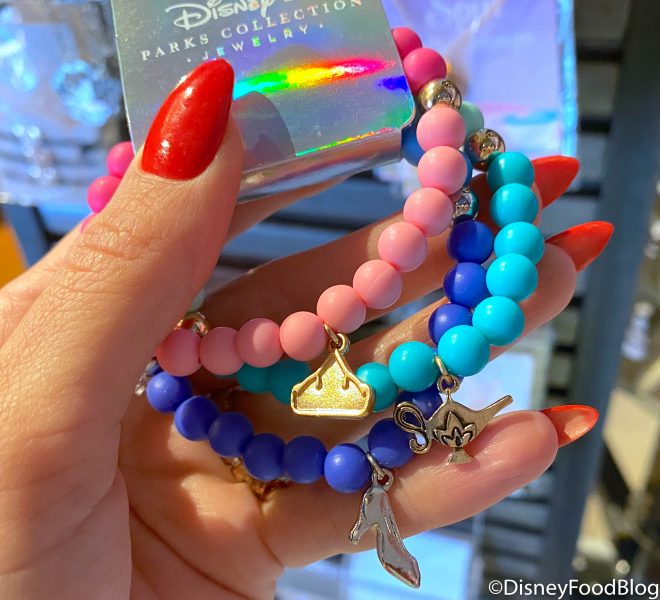 Darth Vader is going to make a pretty triumphant return as Hayden Christensen reprises his role as Anakin Skywalker in Disney+’s new Obi-Wan Kenobi show! And, you can celebrate by picking up the Darth Vader Gallery figurine… 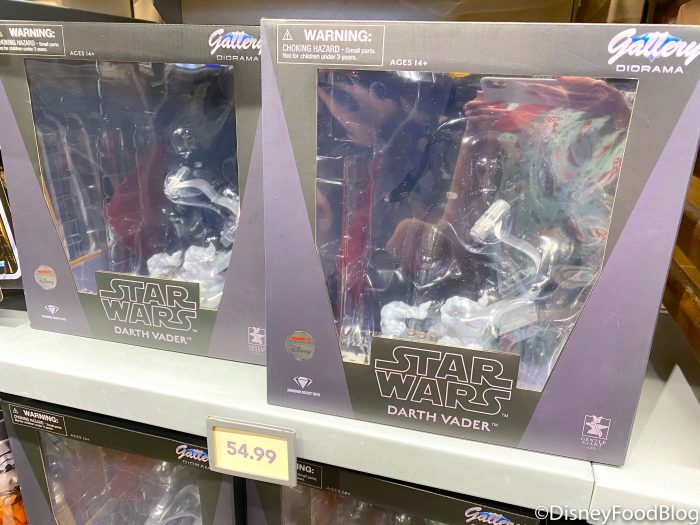 …that features the Dark Side villain looking all sinister and menacing for $54.99. 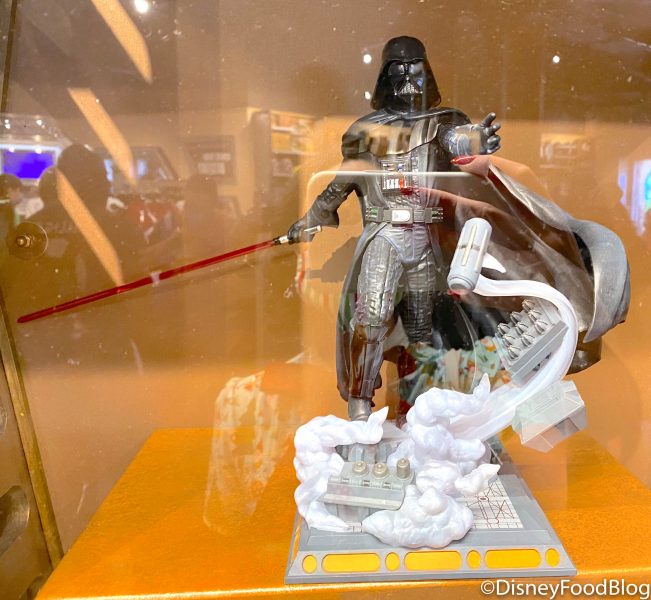 As you head back to Disney’s Hollywood Studios this holiday season, we want to give you a reminder that Disney World has changed its Rise of the Resistance Boarding Group policies again. 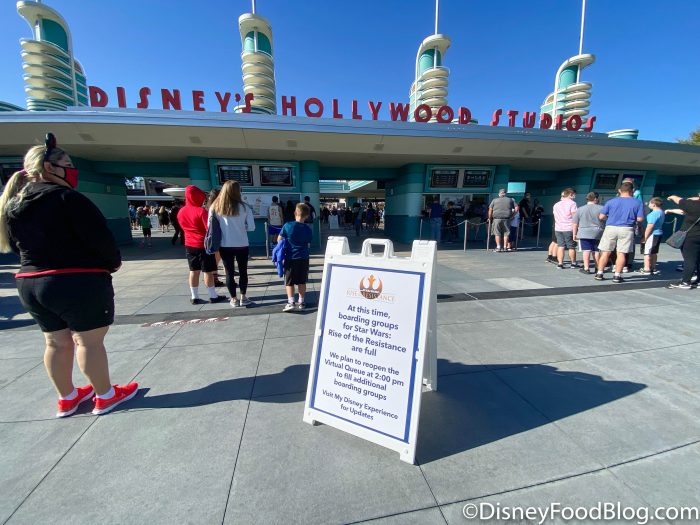 Guests can snag Boarding Passes first thing at 7AM, but Disney has also updated the afternoon time from 2PM until 1PM. It’s important to note that the new hours don’t fall within the Park Hopping hours in Disney’s Hollywood Studios that will kick off again January 1st.

Shipping and Package Pick-Up has also been reinstated in the parks through January 2nd (but we hope to see it continue afterwards)! 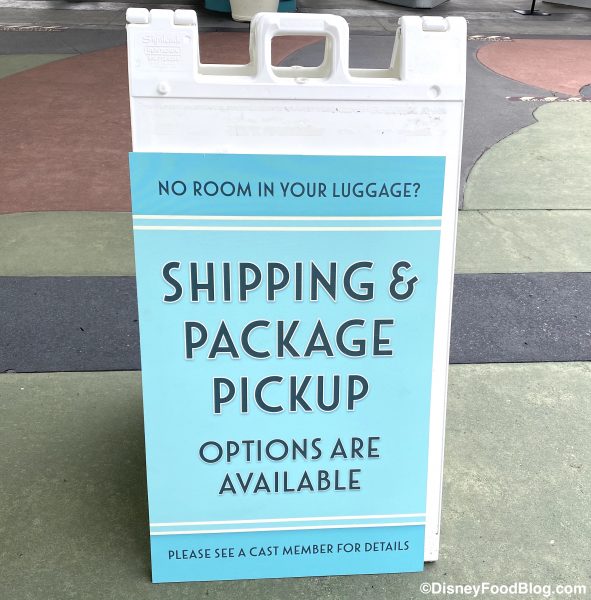 When guests make a purchase at the stores throughout Disney’s Hollywood Studios, they are able to request that their in-park purchases are either held at the front of the park or delivered to the Disney World hotel or back home. 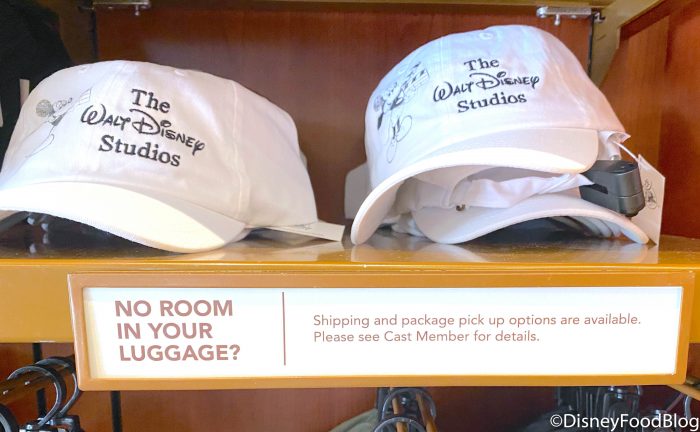 Guests will need to allow at least three hours from the time they make their purchase to retrieve their package at the front of the park. However, we’ll have to keep you updated on whether the parks reinstate the feature for a longer period of time!

Find out the details of the Shipping and Package Pick-Up here!

The crowds in Disney’s Hollywood Studios have also picked up as Christmas Week has kicked off in the parks! Guests were redirected towards the attractions and restaurants as ropes were put up… 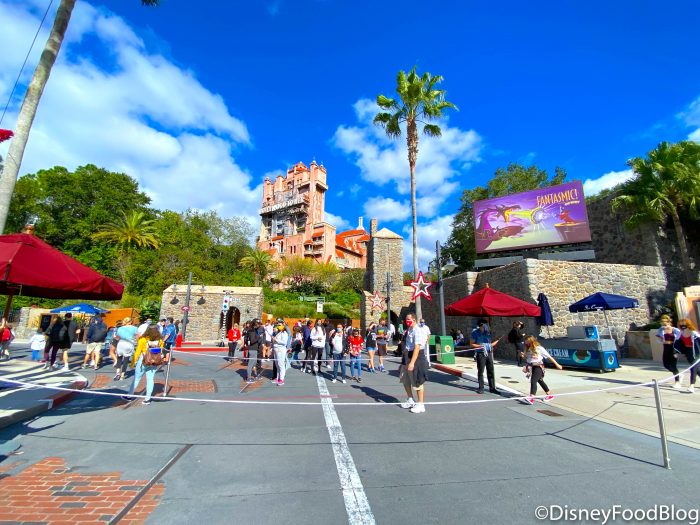 …and signs were placed near rides like the Tower of Terror to note where the queue began. 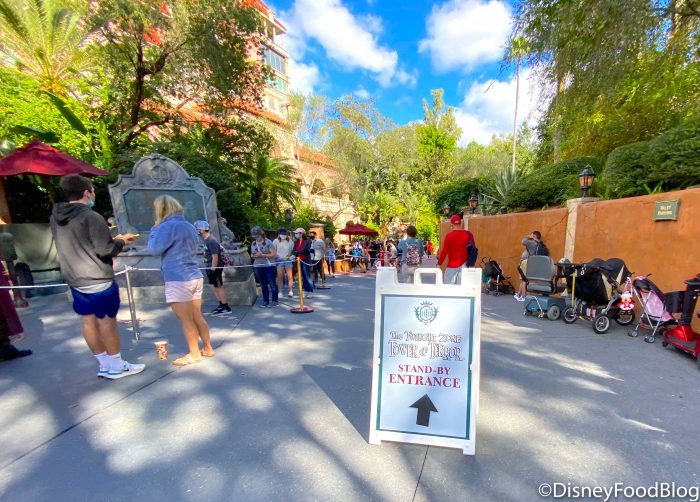 However, the lines over at Toy Story Land were pretty long as they stretched from inside the area near Toy Story Mania, Slinky Dog Dash, and the Alien Swirling Saucers… 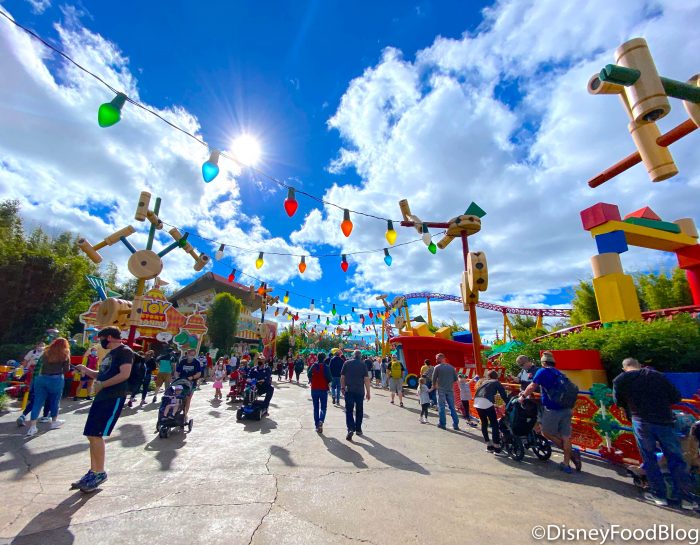 …out towards the backstage areas, even though there were distancing measures in place. 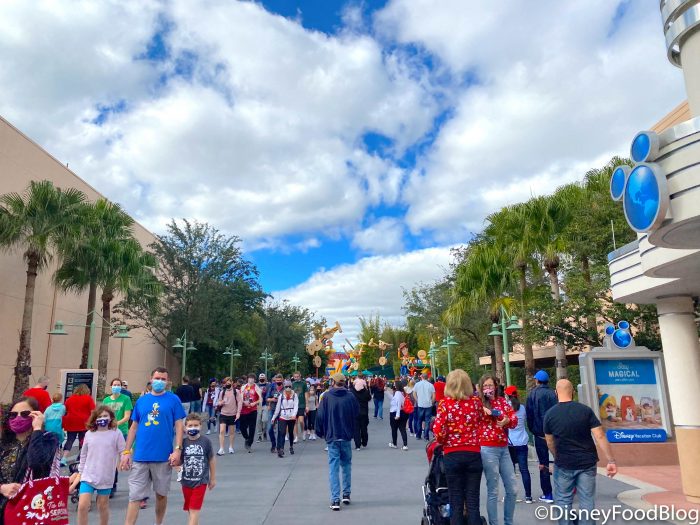 The Millennium Falcon: Smugglers Run was similarly busy in Galaxy’s Edge as Disney placed a few ropes at locations across the land to distinguish the queues from passing traffic in the high traffic area. 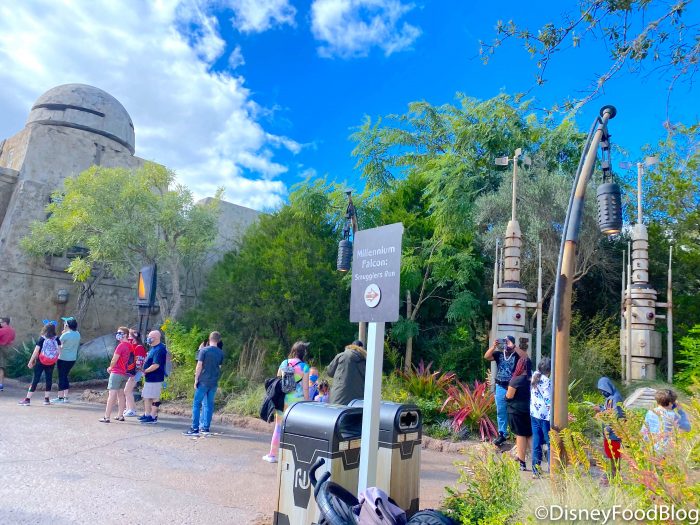 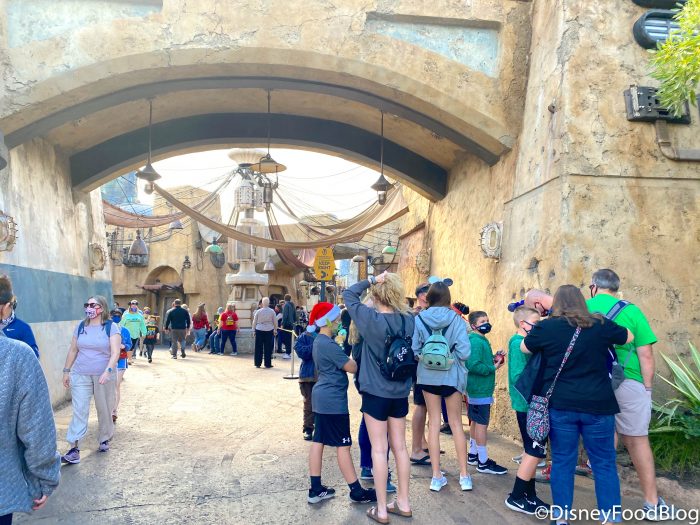 …while some of the longer lines also began to extend out towards the backstage area in Disney’s Hollywood Studios! 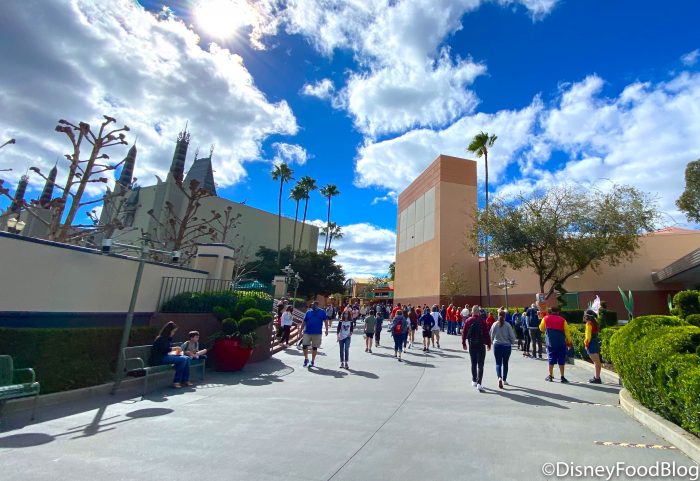 Well, that’s all for this What’s New at Disney’s Hollywood Studios! We’ll catch you next time with more merchandise, entertainment, and food updates! And, if you have any questions about your upcoming Disney vacation, let us know so we can help you find the answers.