Even though Walt Disney World’s theme parks have been reopened since mid-July, one aspect of the parks has been missing: park hopping.

During Disney World’s initial reopening phase, the Park Pass system was implemented, and guests could only visit one park per day. Starting January 1st, 2021 that will change.

The days of having to decide between riding Mickey and Minnie’s Runaway Railway at Disney’s Hollywood Studios and having dinner over at EPCOT’s Chefs de France are numbered — Park Hopping is coming back, baby! 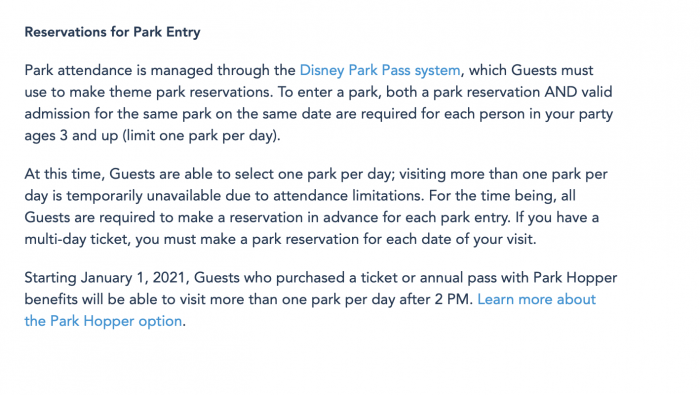 Disney has announced that Park Hopping will return for guests starting on January 1, 2021! 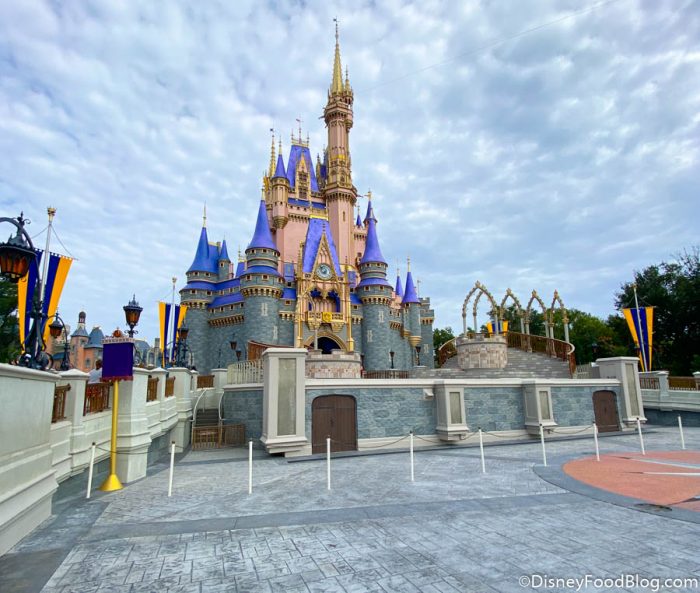 Though you’ve been able to buy park hopper tickets all along, the option is actually finally being reactivated. Guests will need to have a ticket or pass with Park Hopping capabilities. They’ll also still need to book a Park Pass at their first park of the day AND enter that park in order to Park Hop. 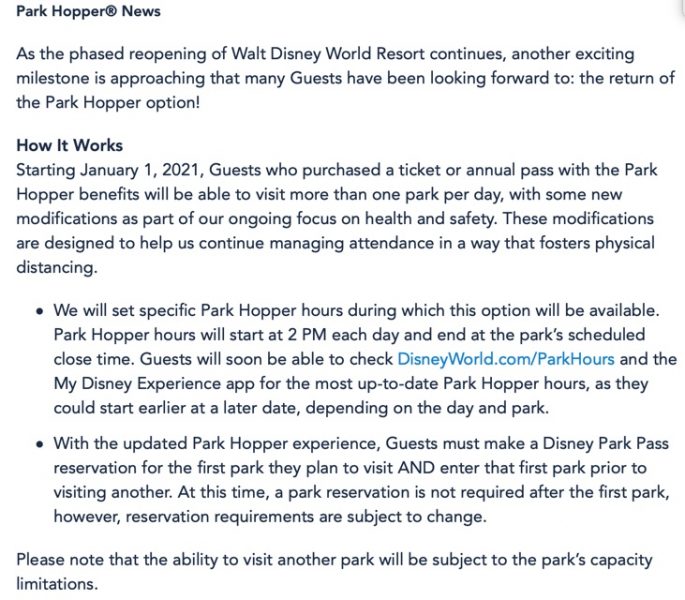 Starting at 2PM each day, guests can hop to another park. Disney hasn’t made clear if guests are able to visit more than two parks per day at this time. The hours of Park Hopping could be earlier or later as time goes on but initially, it will begin at 2PM. Guests will soon be able to visit Disney World’s Park Hours page or use their My Disney Experience app to identify the park hours for Park Hopping.

Note that Park Hopping to each park will still be limited by the parks’ capacity limitations.

What if you’re looking to venture over to Disney’s Hollywood Studios? Unless you choose to START your day at this park (and, therefore, get a Park Pass for Disney’s Hollywood Studios), you WON’T be eligible to get a boarding group to ride Rise of the Resistance at either 7AM or 1PM (the new afternoon sign-up time that will begin on December 20th). Disney has indicated this specifically in its announcements about the return of Park Hopping, and it is especially true now as Park Hopping hours are currently set to begin at 2PM, which is AFTER the new 1PM afternoon boarding group sign-up time (which will become effective on December 20th).

Disney has made clear you do NOT need a Park Pass for the additional parks you plan to visit but that this is subject to change at any time.

Disney has also updated their Annual Pass website to note that, in the case of Annual Passholders, the ability to visit another park will be subject to applicable pass blockout dates, so that’s an important thing to keep in mind. 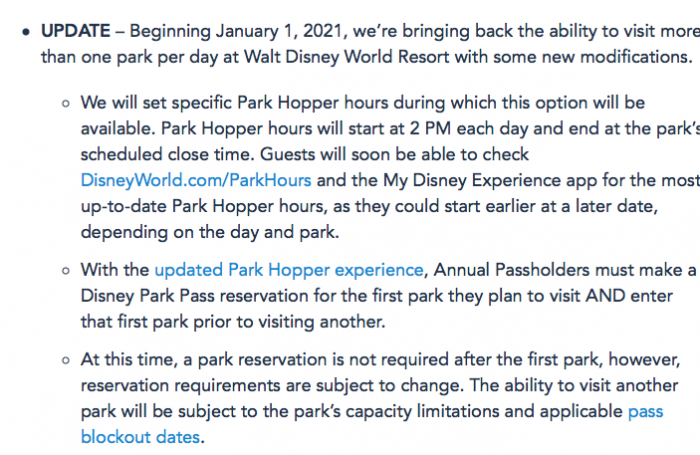 We can’t wait to park hop till we drop again, and we will keep you filled on on ALL the details of what this means for your next trip to Disney World.

Are you excited that park hopping is back? Let us know in the comments.

« Over 37,000 Disney Fans Voted on if ‘Frozen’ is a Christmas Movie. Here’s What They Decided.
Review: Can You Handle This GIGANTIC Boston Cream Pie Donut in Disney World’s EPCOT? »