Disney World is a milkshake mecca, especially when it comes to literally over-the-top creations garnished with things like cupcakes and FULL slices of pie. 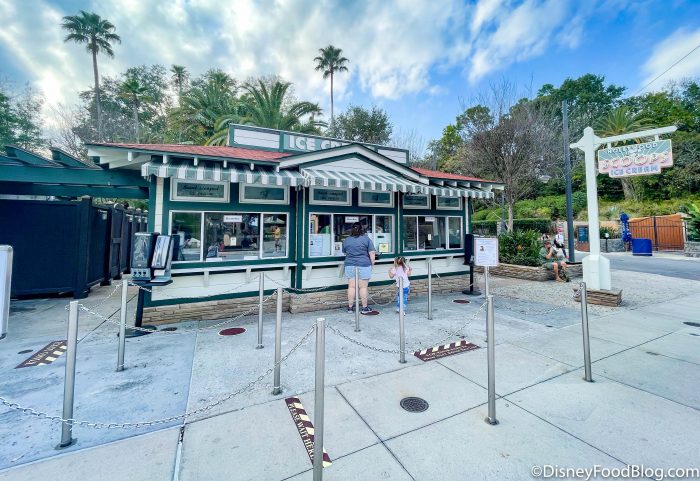 Of the many milkshakes we’ve sipped in Disney World, we MAY have just found the closest thing to perfection yet, in the form of a chocolate peanut butter EXPLOSION at Disney’s Hollywood Studios!

Any dessert that bills itself as an “explosion” is totally a good sign. The BRAND new Chocolate Peanut Butter Explosion Shake at Hollywood Scoops in Disney’s Hollywood Studios is a drinkable dessert that certainly lives up to its name, and it’s one of the best shakes we’ve EVER had! Seriously. 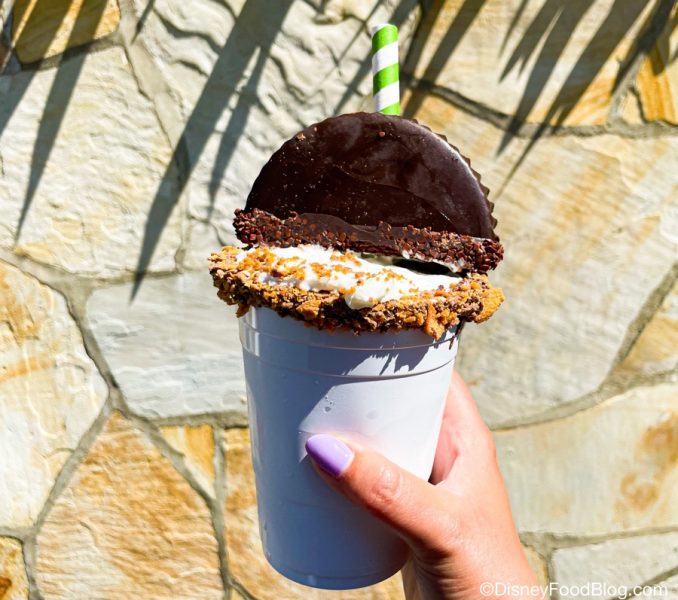 This is the kind of milkshake that takes that classic chocolate-peanut butter combo and escalates it to a whole ‘nother level, by topping it with a Brownie Cup and crushed Butterfingers! Could this be a take on our beloved Butterfinger cupcake? 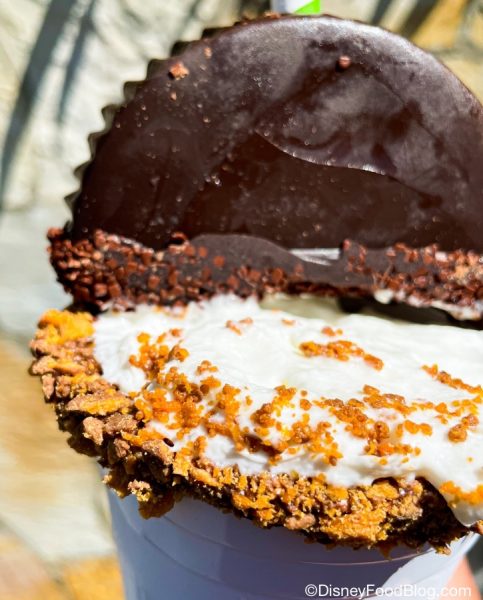 The base is a chocolate shake that’s creamy, smooth, and suuuuper chocolate-y! We didn’t notice much peanut butter flavor, but it was still an amazing shake. It’s really that Brownie Cup that steals the show. We honestly thought it was a peanut butter cup until we broke it in half! 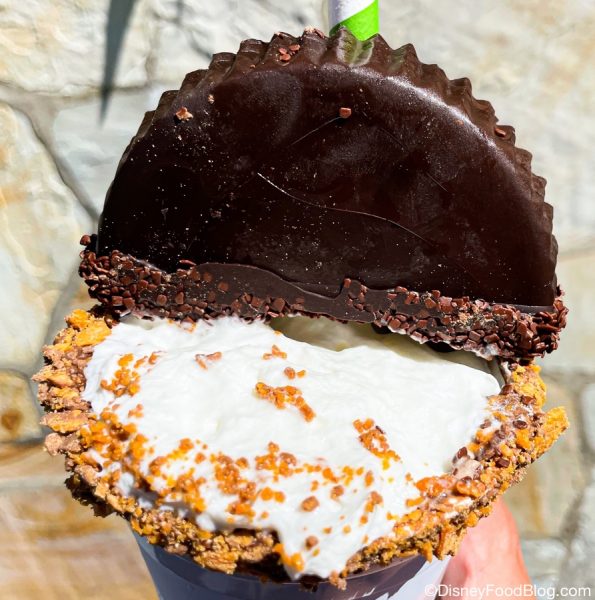 Ooey gooey on the inside, with a crisp chocolate shell, this thing was a home run. It especially tastes great when dunked in the shake, because of the smooth shake and crunchy Butterfinger bits.

It’s impossible to overstate the deliciousness of this flavor explosion. Great for peanut butter-lovers, chocolate-lovers, and dessert-lovers of ALL ages, this is the ultimate people-pleaser for Disney snacks! 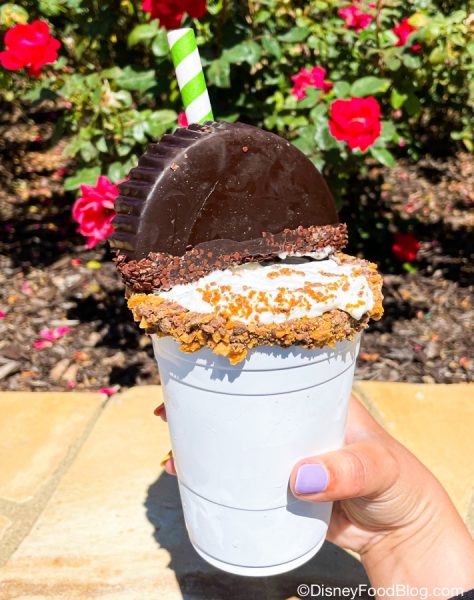 Plus, at $8.49, it’s a GREAT deal for all that you get here. Just be prepared for people to stare while you eat it, because this shake is totally an eye-catcher!

What’s your favorite chocolate-peanut butter treat from Disney World? Let us know in the comments!

« Even MORE of Disney’s Iconic Home Collection is Online!
It’s Looking Easier to Get on Your Favorite Disney World Rides! »