We’re never entirely sure what we’ll see when we go to the Disney World parks!

We see all kinds of crazy things!

In our hundreds (maybe even thousands) of visits, we’ve come across some weird things, some unexpected things, and countless pleasant surprises. That’s why we visit the parks daily — to see what’s going on that’s out of the ordinary and report it back to you! And today, something out of the ordinary is happening in Disney’s Magic Kingdom.

Today in Magic Kingdom, there’s filming happening on the bridge from the castle hub to Cosmic Ray’s Starlight Cafe, causing the bridge to be blocked off from guests. 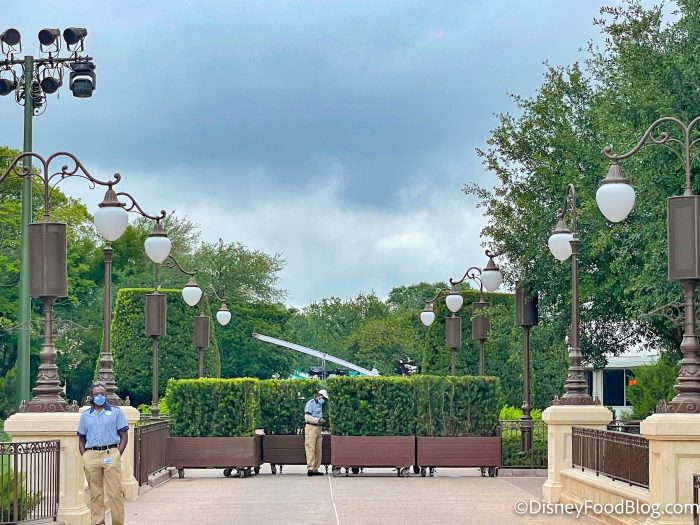 The bridge is closed to foot traffic!

There are hedges all around the perimeter on both ends of the bridge, and we spotted crew members and camera equipment set up in the middle. This isn’t the only time recently we’ve spotted filming in this park. Last month, there was a massive set up in the hub grass area! 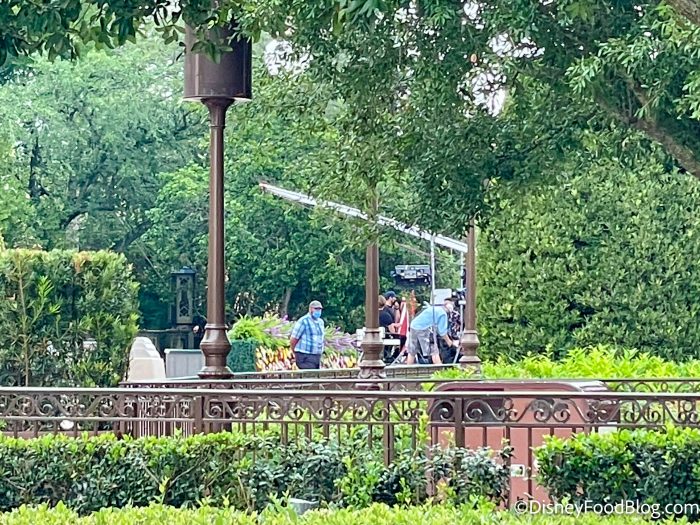 There’s quite a crew of workers.

You may not be able to tell from the photos, but they’ve spruced up this area a bit with extra umbrellas and flowers along the railing! 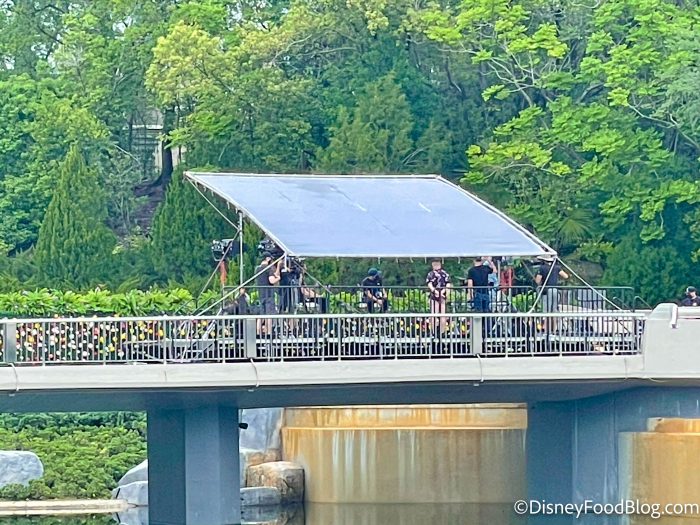 They’ve made it pretty fancy over there!

The likely explanation for this is that they’re filming for American Idol. The TV show’s contestants are currently visiting the parks and there are plans to air a Disney-themed episode soon. This filming location offers a great view of the castle, and she’s looking even better than usual with the 50th Anniversary decorations on the walls and spires! 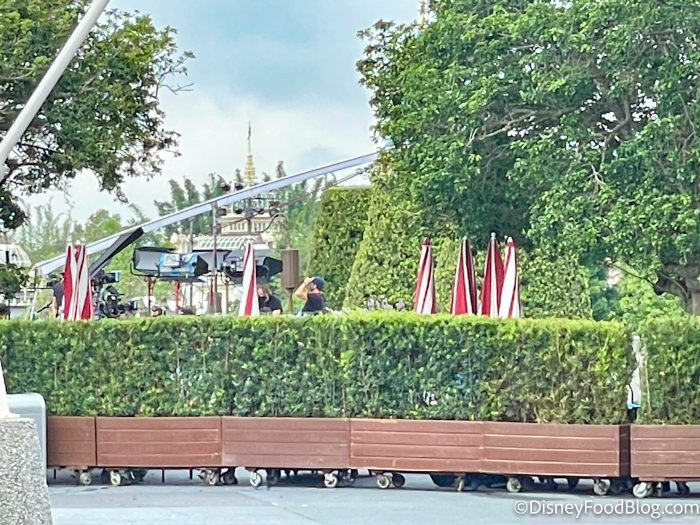 This spot offers a great view of the castle, so we can’t blame them!

If you normally take this path to get over to Cosmic Ray’s or Mad Tea Party and Storybook Circus, then you’re going to want to go through Tomorrowland instead. You can also take the path straight through Cinderella Castle to avoid this area. (Make sure to check out our Magic Kingdom map to see how to navigate the park more easily!) 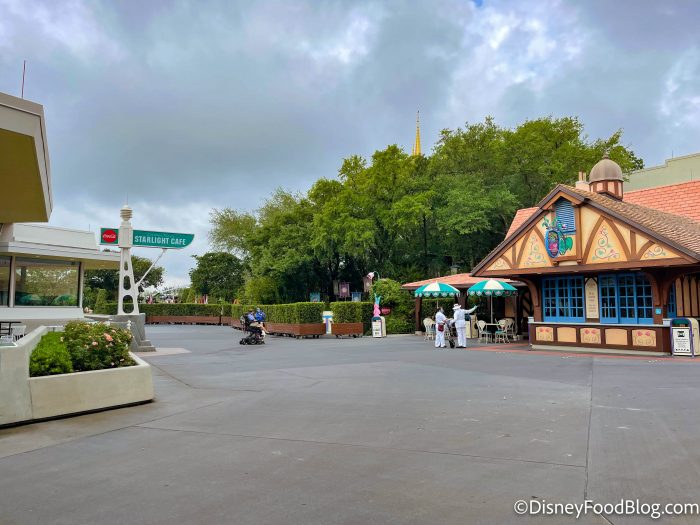 You’ll want to take a different way around!

We’ll be checking this location today to see if anything changes, and we can’t wait to watch Disney Night on American Idol to see if this is where it was filmed! Stay tuned to DFB for more unusual things that we spot in the parks!

Click Here for the Full List of the Weirdest Things We Saw in the Parks Last Year!

Have you ever seen something unexpected in Disney World?

« Could Disney Come Up With Its Own Version of Pokemon Go?
You Can Now Grab Food To Go at 2 MORE Sit Down Restaurants in Disney World »