If we could time travel, we’d probably just move forward a few months so we can see all the 50th anniversary festivities in Disney World. (Oh, and to eat a bunch of crepes and ride Remy’s Ratatouille Adventure, of course!) 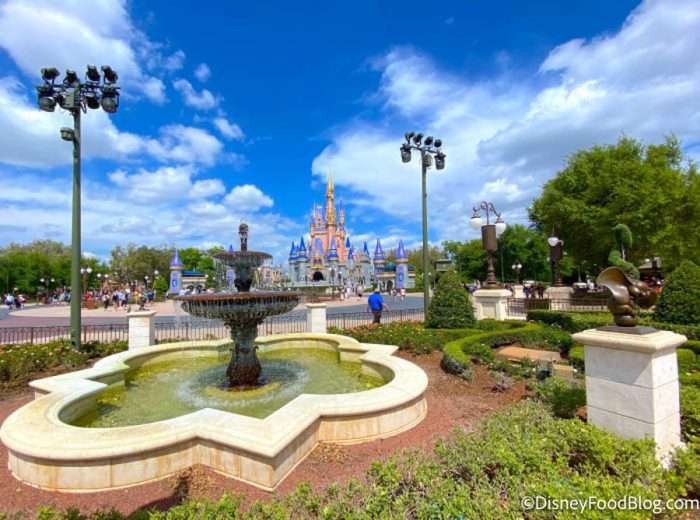 Disney World will be decorating its park icons to match with the “EARidescent” color scheme that will glimmer across the property. Cinderella Castle has already started its big transformation with a nod to Mary Blair’s designs. Imagineers have been hard at work to craft the ribbons and bows that are already appearing on Cinderella Castle in the Magic Kingdom right now!

We’ve already seen a banner appear on the Castle walls with hues of blue, pink, purple, and gold. And, during our trip to the Magic Kingdom today, we noticed that a new set of banners have started to be placed around the castle turrets! 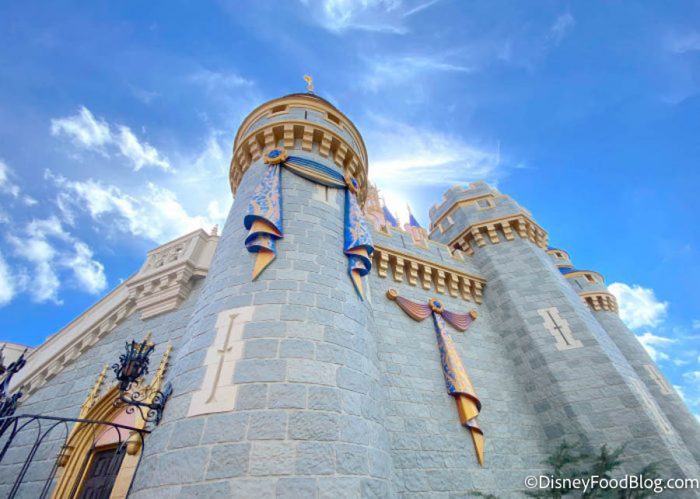 Getting ready for the 50th!

These banners are more focused in blue and gold with a hint of “EARidescence,” along with the same elegant swirled pattern we’ve seen. 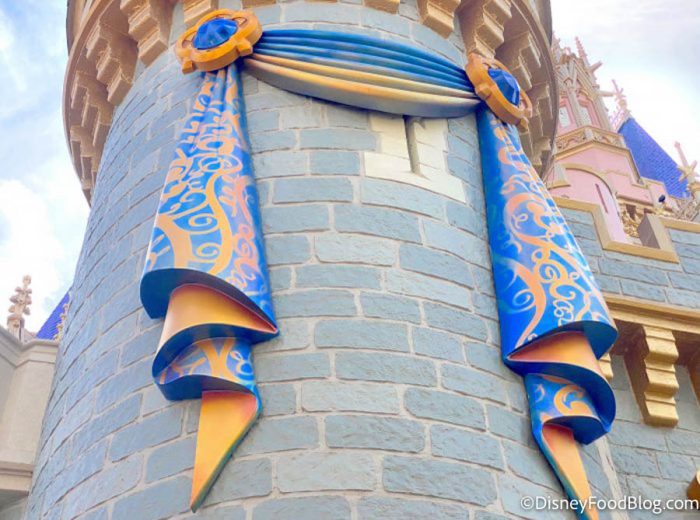 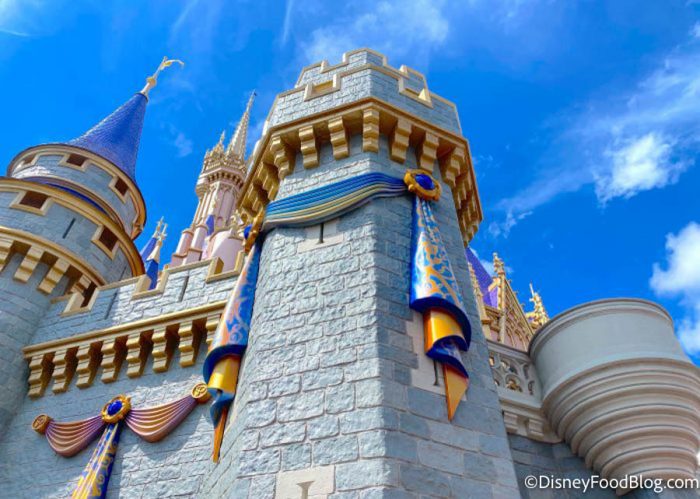 We’ll continue to take a look at the progress on Cinderella Castle, along with the other park icons in Disney World as they get ready to participate in the festivities! 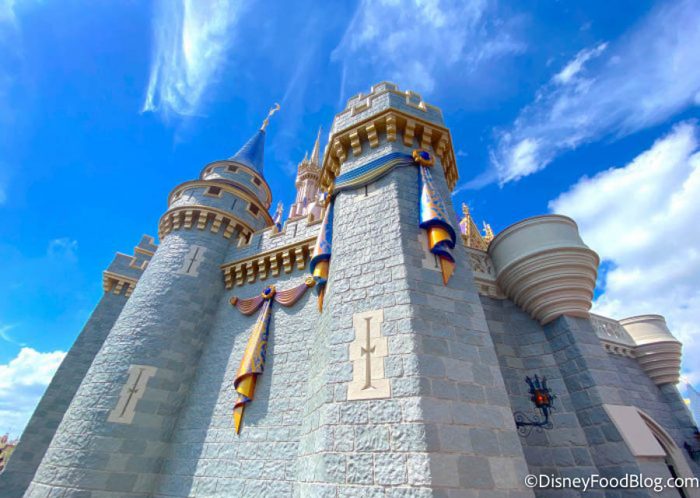 But, if you plan on heading to Disney World to celebrate its anniversary, you might want to book your Disney Park Passes quickly as they continue selling out! Still, the 50th anniversary celebrations will be running through 2023 in the parks, so you have plenty of time to experiences the entertainment, treats, and other goodies in store! Stay tuned with DFB for more Disney news!

Here’s everything you need to know about Disney World’s 50th anniversary!

Will you be heading to Disney World during its 50th anniversary festivities? Let us know in the comments below!

« NEWS: Portillo’s Near Disney World Has POSTPONED Its Opening AGAIN
Passholders Can Score a BIG Discount on Water Park Tickets in Disney World »