You may not know exactly when a character is going to parade through the parks nowadays, but Disney Character Cavalcades have made for a fun surprise in the parks. 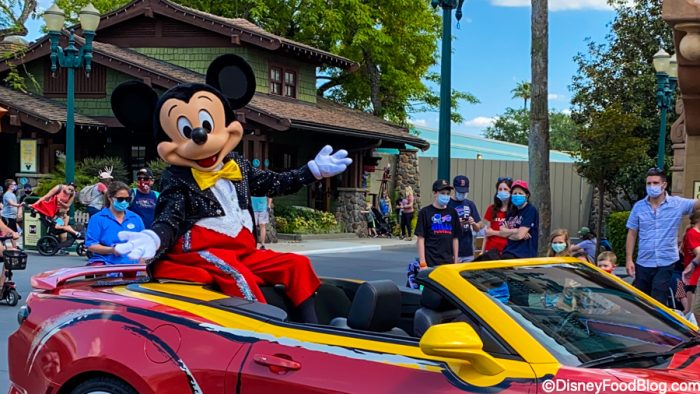 Because Disney doesn’t want people crowding together in the parks, they’ve implemented these sporadic mini-parades so you still can say hi to some of your favorite Disney characters. And, it’s (mostly) working! We’ve been stumbling upon them in Magic Kingdom, EPCOT, Disney’s Hollywood Studios, and Disney’s Animal Kingdom for a while now, so we’ve got some tips on the BEST spots to catch them when they’re on their most unique form of transportation — boats!

While most characters can be found on a float or walking their way down the streets, in Disney’s Animal Kingdom, characters come by on boats! These Flotillas feature characters like Mickey and Minnie, Goofy, Chip, and Dale, and even Pocahontas and Meeko. And, though you can see these at many different locations around the park, we’ve found the BEST one on our way from Pandora — The World of Avatar to Africa! 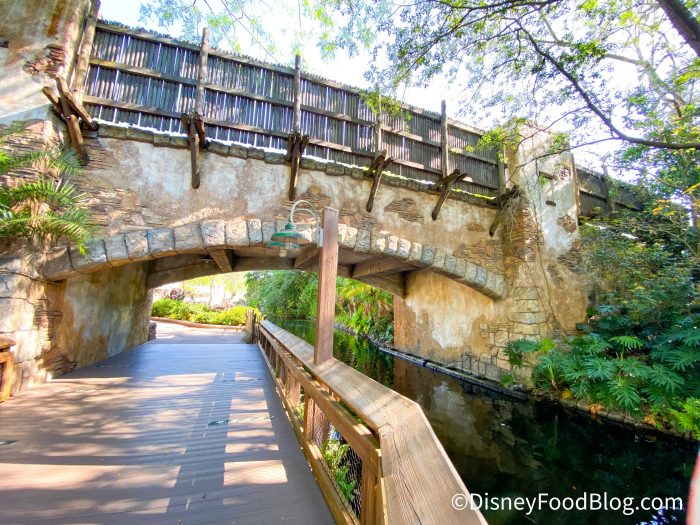 This unsuspecting spot under the bridge on your walk between the two lands is THE place you want to be when the Character Cruises come by. Why? Well, you’ll be pretty close to the characters thanks to the narrow bridge and you’re eye level with them unlike many other spots around the park. Plus, the biggest secret to this spot is that the boats actually slow down a little bit here because of the narrow waterway, giving you more time to wave and snap some pics.

If you’re in #AnimalKingdom, the best place to see Character Cavalcades is under a bridge on a bridge! It’s the walkway from Pandora to Africa. The Cavacades slow down because the path is so narrow giving you longer time for photos and interaction – plus you’re at eye level! pic.twitter.com/l3EOIg5mQU

Here comes Pocahontas and Meeko! It’s also a nice surprise if you’re in the line for Flight of Passage (you can see it on the right) – you’ll be able to see these Character Cavalcades come by! pic.twitter.com/v2P0MWU4xf

…and Donald, Daisy, and Launchpad who is always stirring up some trouble.

Next Character Cavalcade is Donald, Daisy and Launchpad! 🦆 pic.twitter.com/LrjZ4bSLVj

And, if you’ve missed the silly moments with Disney characters, you’ll have some extra time to interact with them! 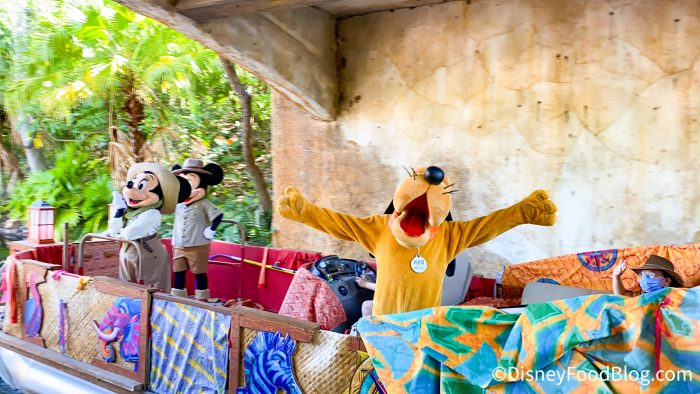 Okay, Pluto’s just BEGGING us for a hug

You can still catch a pretty close view of the characters on the entire walkway connecting Pandora — The World of Avatar to Africa, but the boats won’t slow down like they do under the bridge. 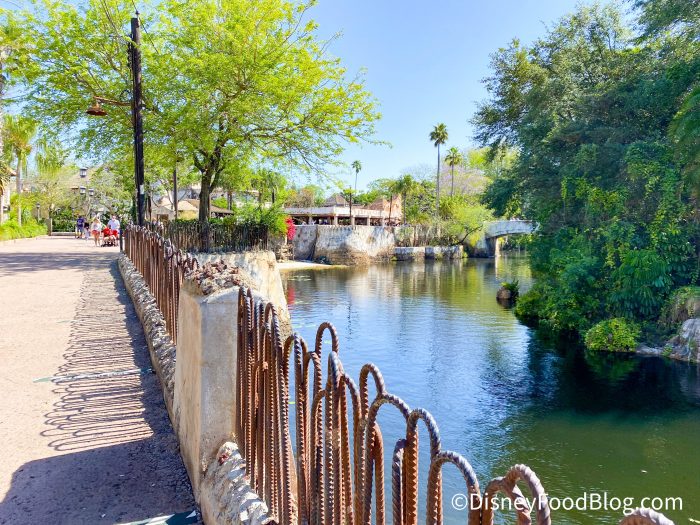 If you’re looking for ANOTHER great spot to catch the character cruises, we’ve got a runner-up! The Tree of Life is at the center of the park so you’ll find yourself passing by the river surrounding it many times on your way around. And, the character cruises pass through here too! 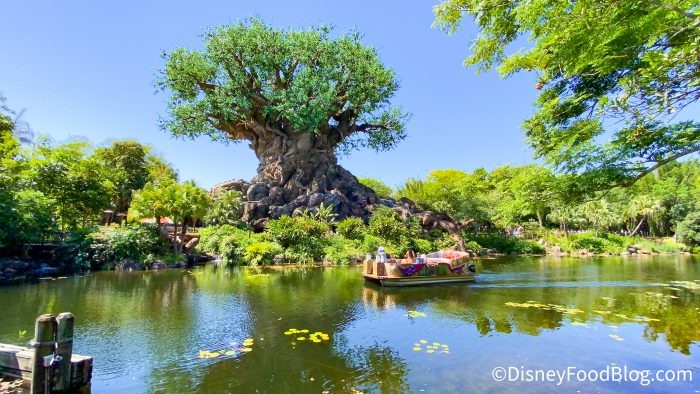 You’re much further away from them, so you won’t be able to interact as much as our #1 spot, but just look at the views! Disney characters in front of the park icon? It’s picturesque! 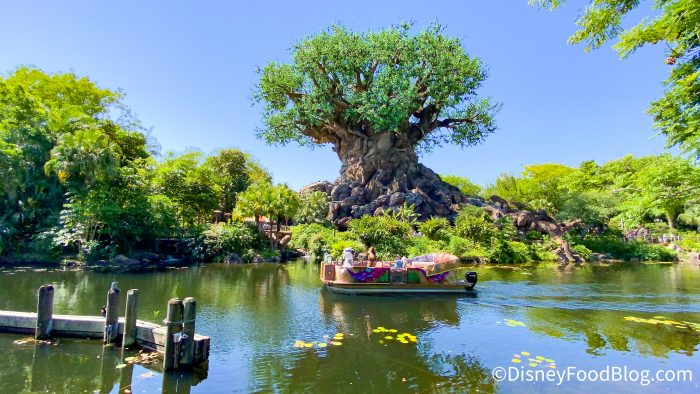 You’re further, but look how scenic!

Another spot to catch the character cruises at eye level but from a distance is in the stadium where Rivers of Light used to take place. The stadium seating is open throughout the day, so you can stop in to relax and you’ll catch all the character cruises as they pass by! You’re not in Pluto’s hug zone, but you’re definitely within waving distance! 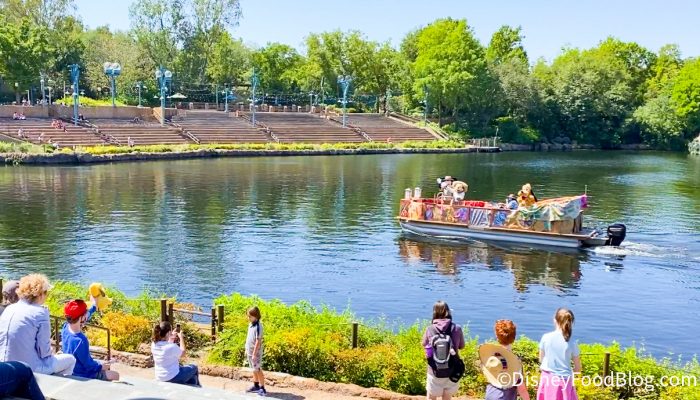 Take a seat here and catch the cavalcades

These boats seriously cover A LOT of ground when they’re making their way around Animal Kingdom, so there are even more spots to see them! The only thing is, you’ll be looking down on them from the rest since they’re all located on bridges that the boats pass under. There is the bridge that connects Pandora — The World of Avatar to Discovery Island… 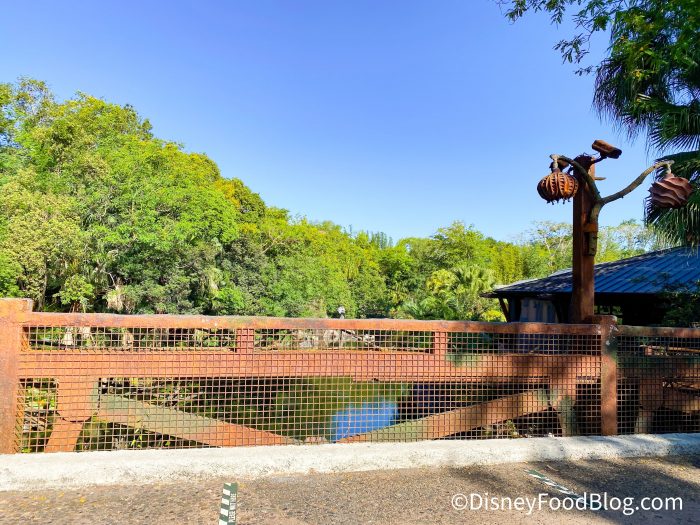 The bridge connecting Discover Island and Pandora is another good spot

…the bridge viewing area in Africa… 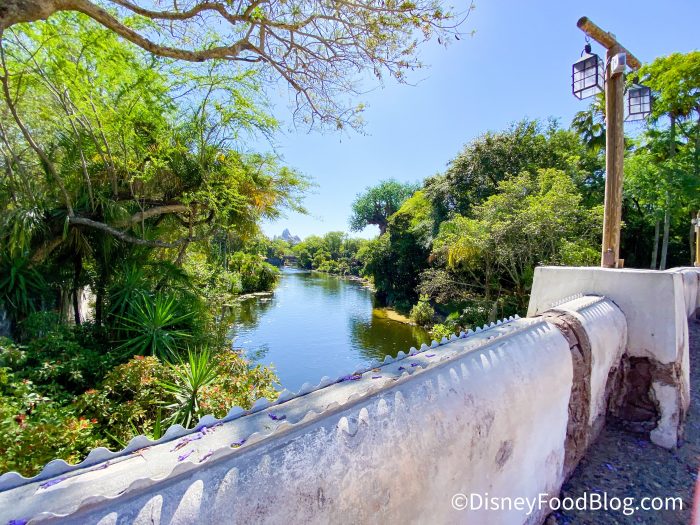 You’ll be a bit further from characters on bridges 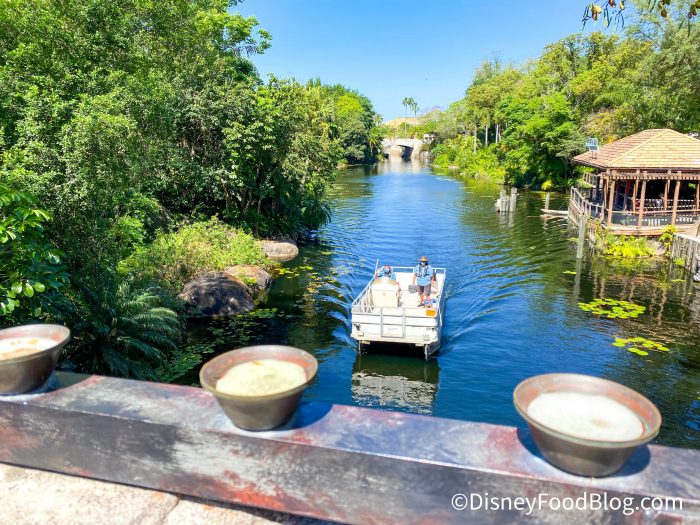 Say hi from up above!

…the one between Discovery Island and DinoLand… 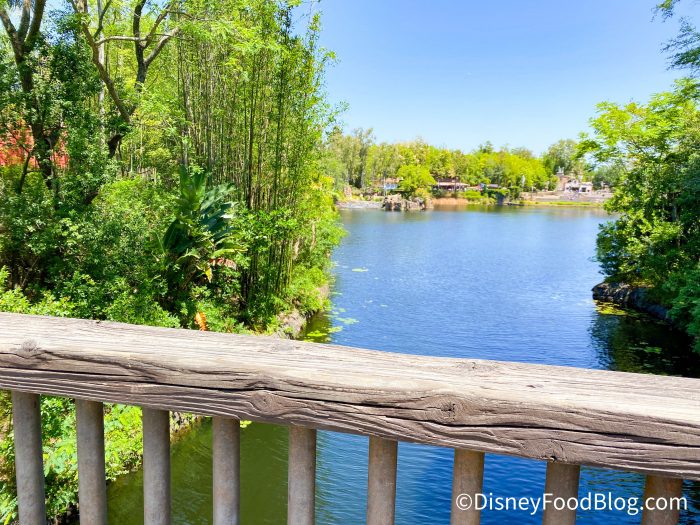 …and the one in Asia on your way to Everest (we told you there were a lot of spots!). 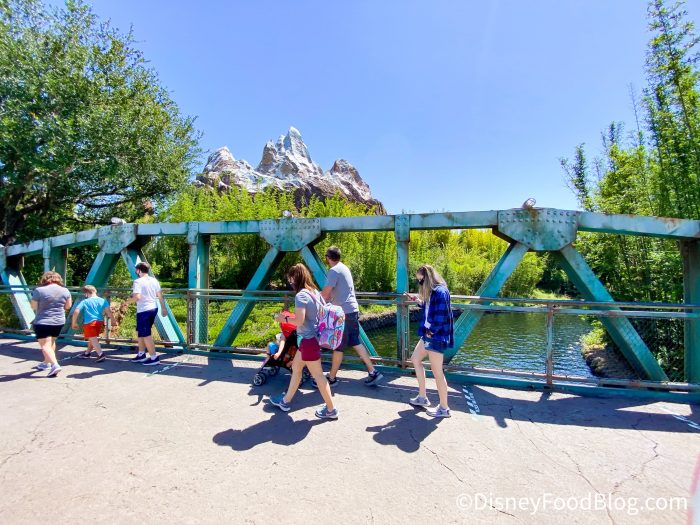 The character cruises even pass through here!

These spots are great and all, but you’ll have to settle for some further views and really just a wave from the characters. 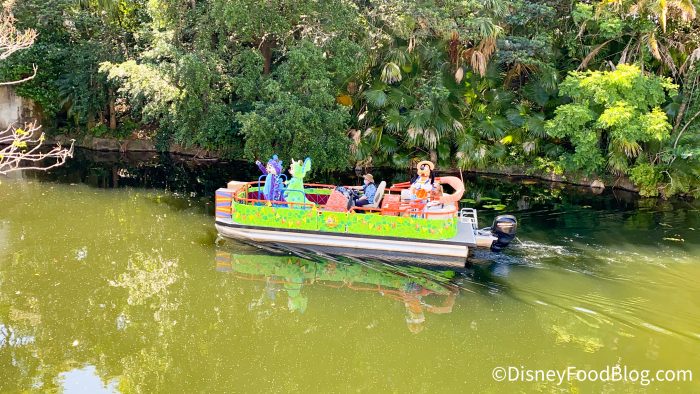 And, if you’d like some character views with your meal, you can also set up shop in this near-perfect spot and snack on your food from Flame Tree Barbecue while you say hi to the characters! 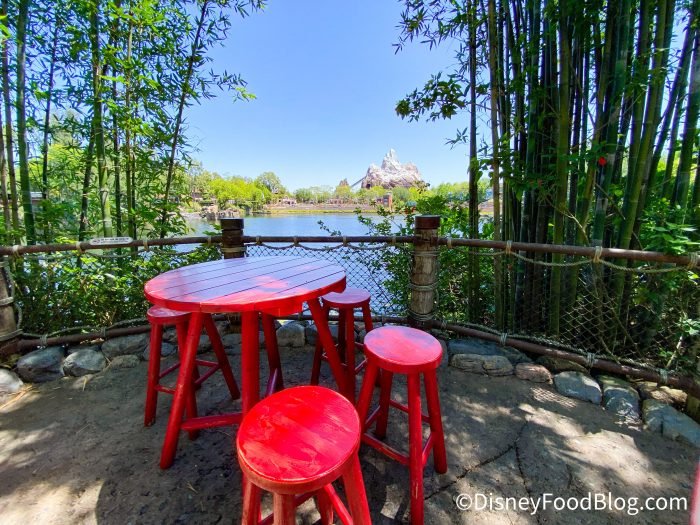 Dining with a view

By now we’ve made it around the ENTIRE park following the Character Cruises (Flotillas) down Discovery River. And, while you really can’t go wrong when you’re waving your arm off at Goofy, Mickey, and all their pals, now you’re in on our secret location for catching the BEST views of them! So, store this tip in your pocket and tell Pluto we say hi when you’re stationed in our spot!

Click HERE for ALL the character cavalcades you can see in Disney World right now!

Who is your favorite Disney character? Let us know in the comments!

« PHOTOS: One of the Most Unexpected Souvenirs You Can Find in Disney World
White Castle Near Disney World Announces Opening Date »