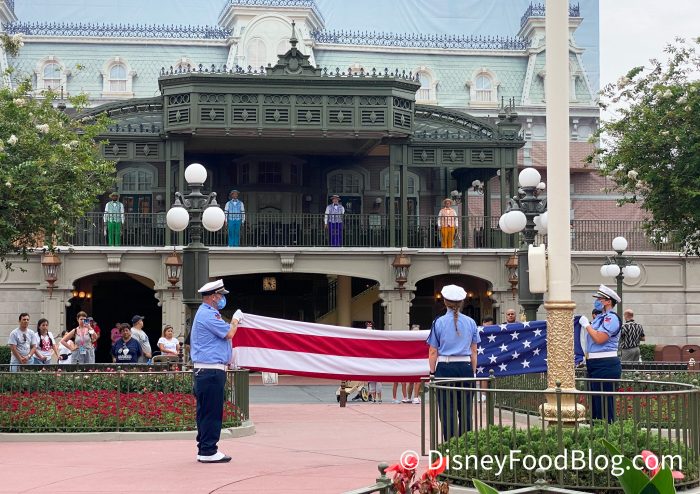 The flag retreat ceremony is held at both Magic Kingdom and Disneyland Park. As part of the tradition, an active-duty military member or veteran is selected from among that park’s daily visitors to lower the flag and carry it in a processional down Main Street, U.S.A. 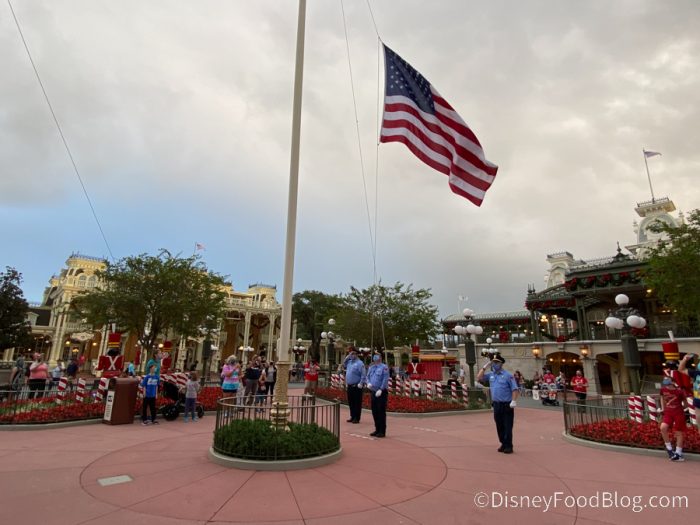 A guest who is a U.S. Air Force veteran took part in the ceremony, which included the recitation of the Pledge of Allegiance, and the singing of “God Bless America” and the “Star Spangled Banner,” accompanied by the Main Street Philharmonic marching band. 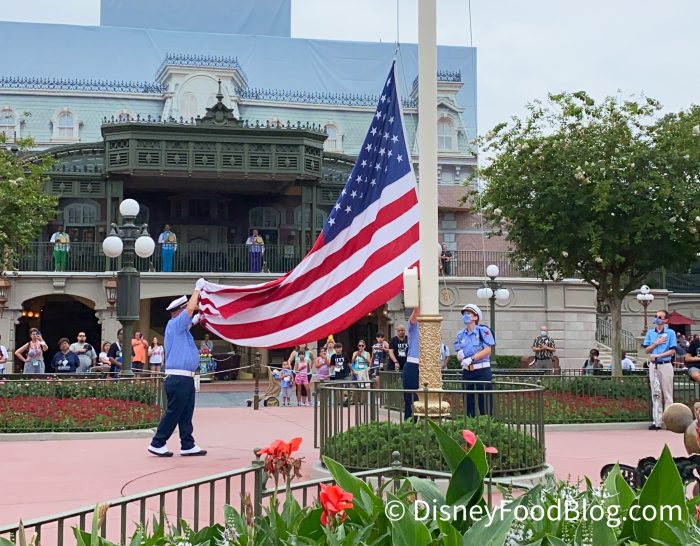 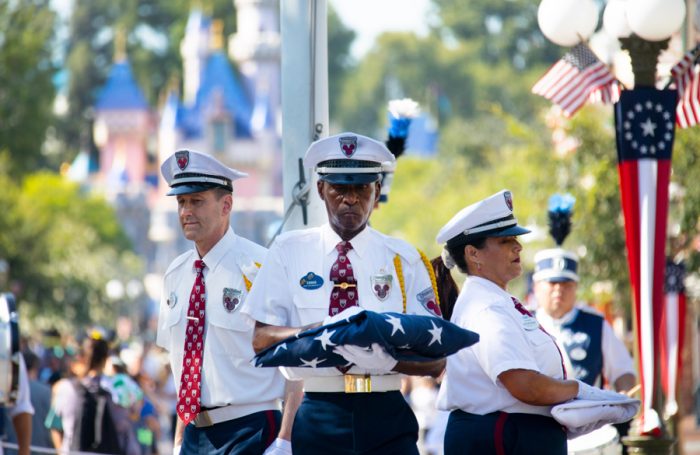 The flag retreat ceremony occurs daily at both Disney World and Disneyland. For the daily schedule, guests can check with Guest Services or the Times Guide.

What is your favorite Disney parks tradition? Let us know in the comments!

« The 5 Most Expensive Things in Disney World You Should Still Buy
PHOTOS & VIDEOS: First Look at A Reopened Dino Diner at Disney World! »