A LOT of new 50th Anniversary merchandise was released in Disney World recently. 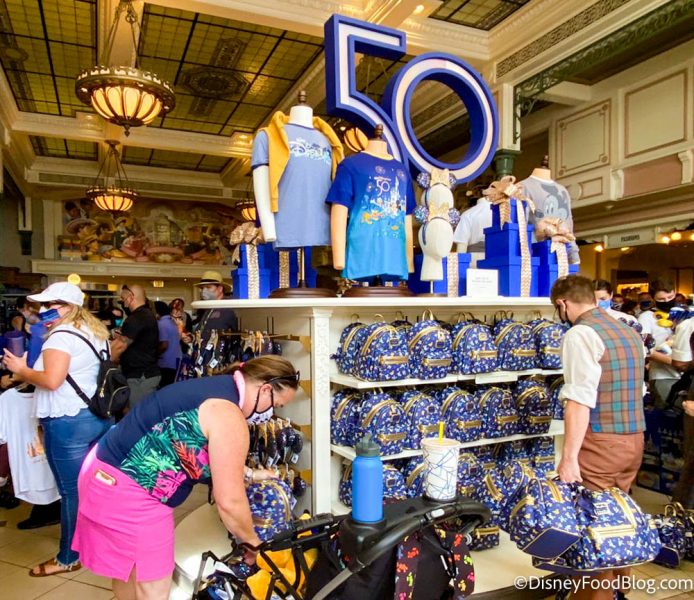 We found new Minnie ears, a gorgeous Starbucks tumbler, and plenty of other goodies to celebrate Disney World’s 50th. But wait, there’s MORE! Some NEW Disney World x Starbucks souvenirs have arrived in the parks and we have a feeling these (like any of the other Starbucks x Disney items) could sell out quick! 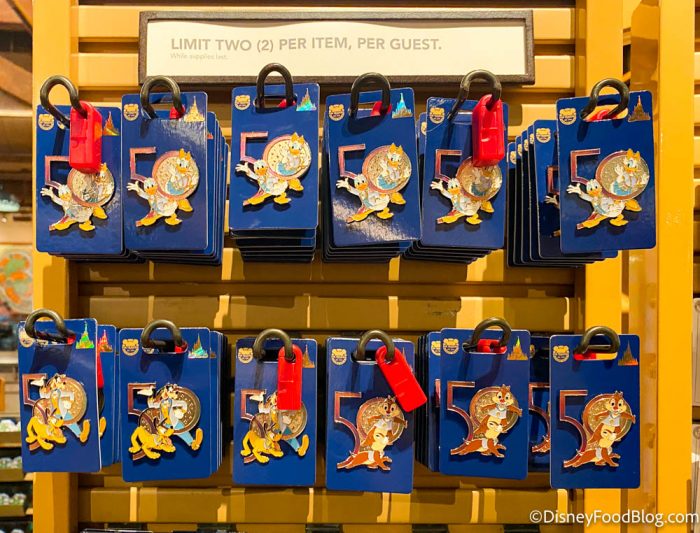 …Starbucks has now gotten in on the 50th Anniversary pin action!

The pins are part of the Starbucks’s “Been There” series, and feature 50th Anniversary-themed designs for different Disney World parks. 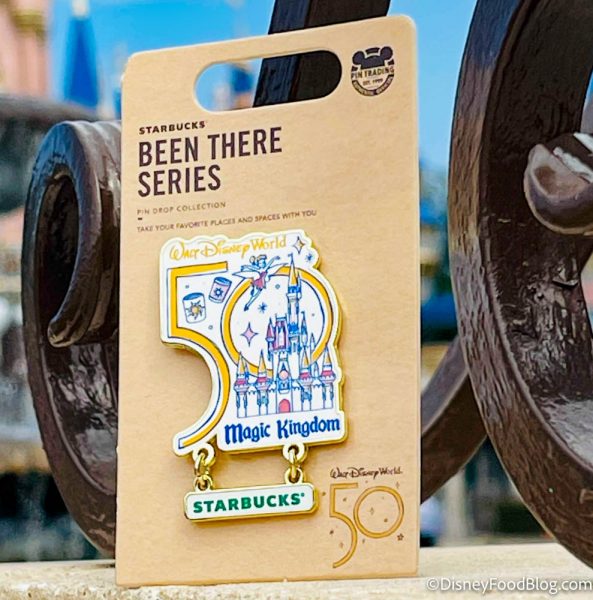 The first is for Magic Kingdom. This pin has a sketched Cinderella Castle, Tinker Bell, and Tangled lanterns all in front of a big “50” logo. 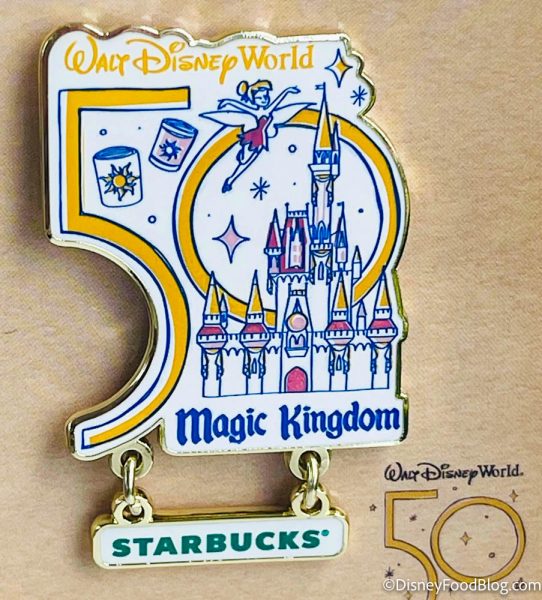 There’s a little Starbucks logo hanging from the pin as well. You can get it at the Main Street Bakery Starbucks location for $12.99 now! 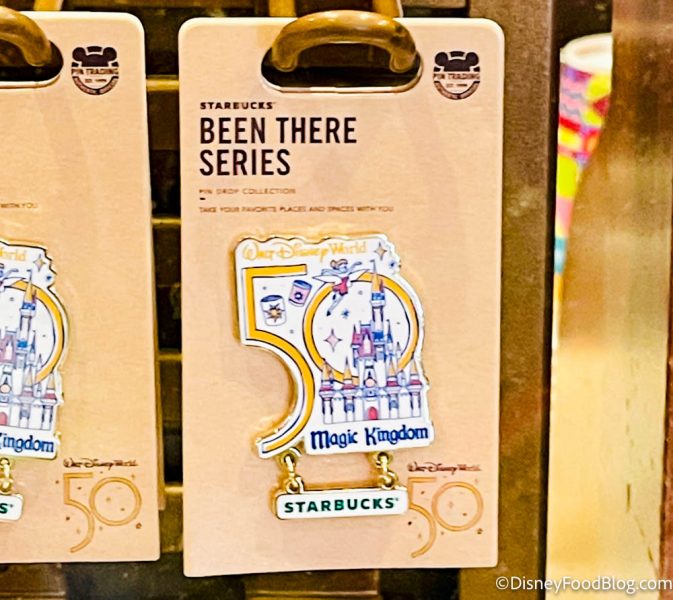 What Do You Think of This Pin?

While you’re there, you can also check out the new 50th Anniversary Starbucks tote, which is also part of the “Been There” collection. 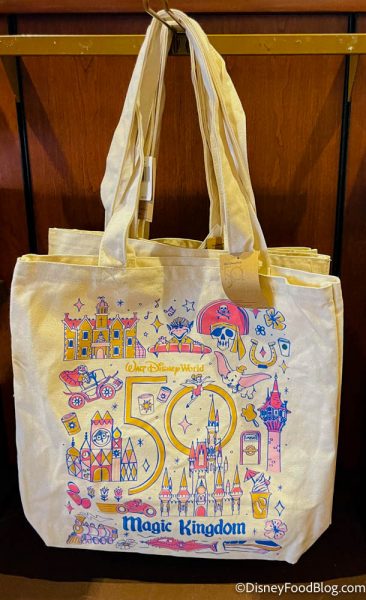 On the tote, you’ll find sketched scenes from the Magic Kingdom, including the Cinderella Castle, “it’s a small world,” Dumbo, a Dole Whip float, and more! The tote is $27.99. 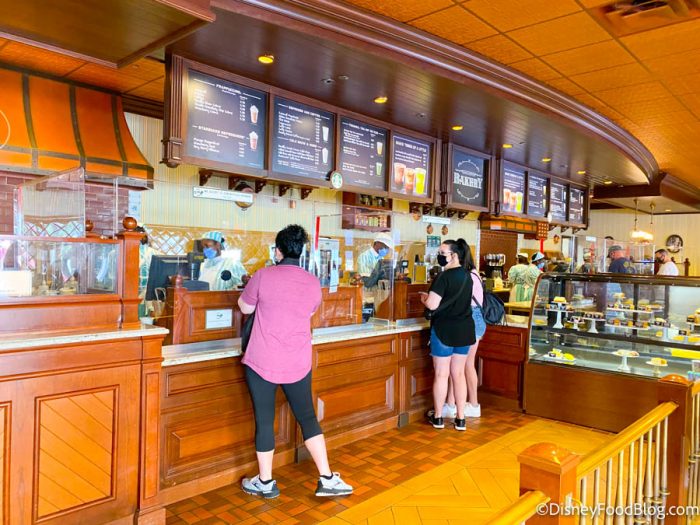 Over in Disney’s Animal Kingdom, we found the Animal Kingdom version of the pin for $12.99 at Creature Comforts. It has the Tree of Life, plants, and Zazu from The Lion King all in front of the “50” logo. 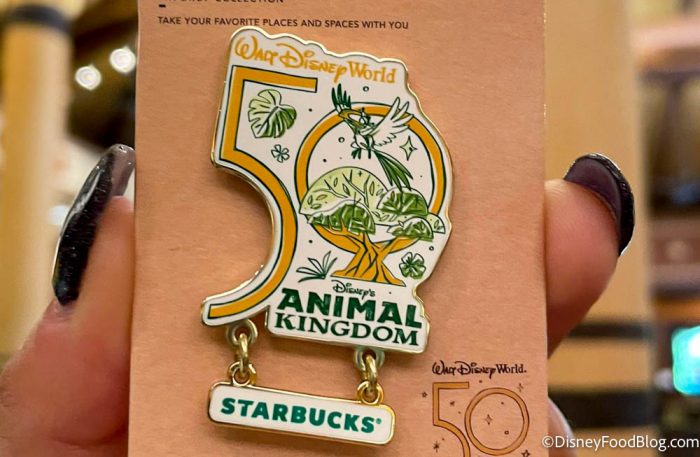 If you’re in Disney’s Hollywood Studios, there’s a pin there as well! 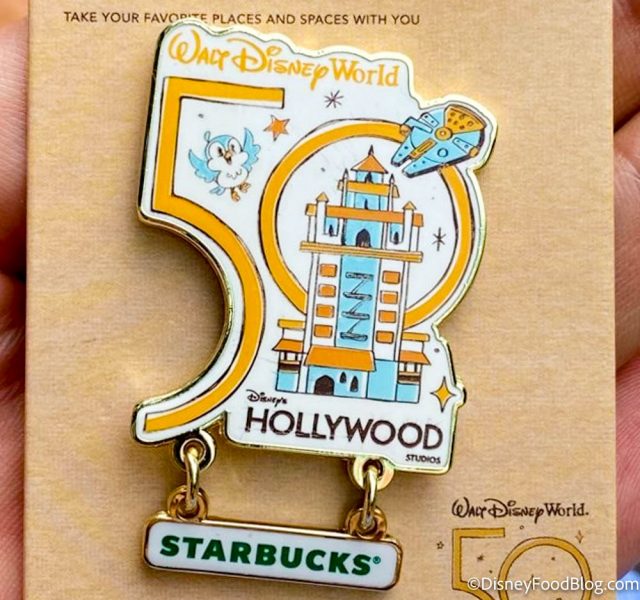 It has the Tower of Terror attraction and the Millennium Falcon in front of the big “50.” You’ll find it at The Trolley Car Cafe for $12.99 as well. 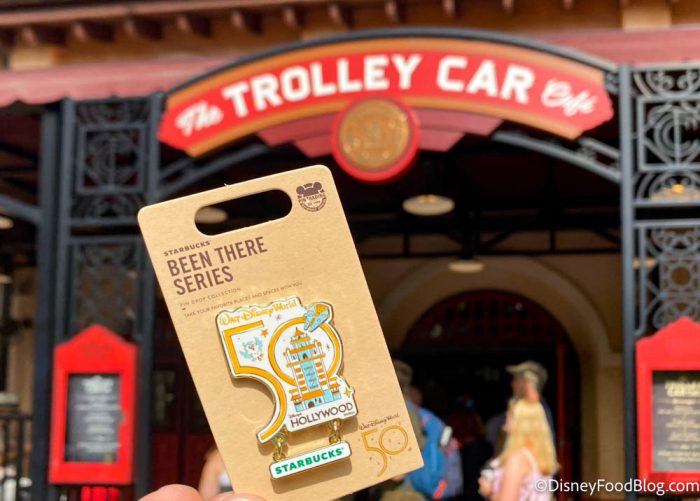 There’s also an EPCOT version featuring Spaceship Earth and everyone’s favorite little dragon, Figment! You can find this one at Traveler’s Cafe in EPCOT for $12.99. 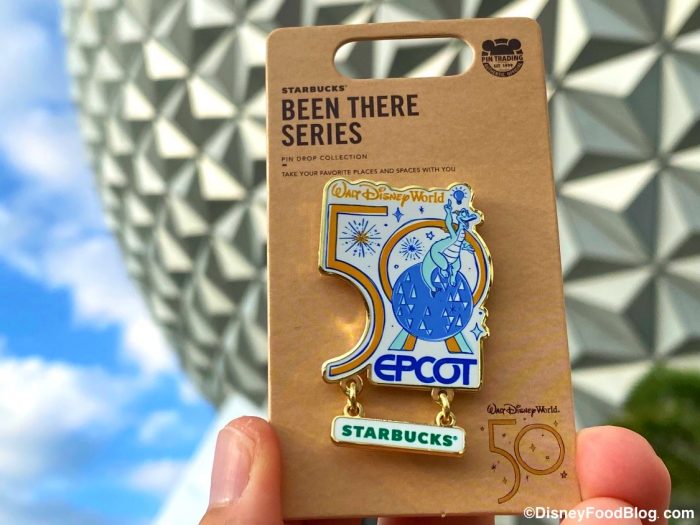 We’ll be keeping an eye out to see if more items are ultimately added to this collection.

For now, you can head to Creature Comforts in Animal Kingdom, The Trolley Car Cafe in Hollywood Studios, Traveler’s Cafe in EPCOT, or the Main Street Bakery in the Magic Kingdom to try and find these new items while they’re still available! Starbucks x Disney items tend to be VERY popular, so you’ll probably want to act fast to snatch these up.

What do you think of the new 50th Anniversary pins? Let us know in the comments!