Welcome back DFB friends — it’s that time of the week where we take a look at all the construction progress that has been made around Disney World! 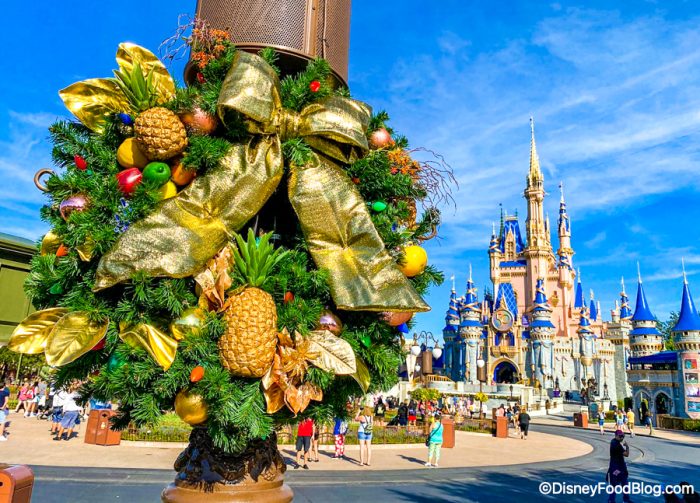 Christmas has arrived in Disney World!

Last week we took a look at how two upcoming roller coasters are coming along in Disney World (and more, of course), and today we’ve got a peek at even more construction going on at some fan-favorite rides, restaurants, and resorts! So, let’s take a look, shall we?

In Magic Kingdom, Mickey’s PhilharMagic has been closed for almost a month now as it receives a brand new scene inspired by Pixar’s Coco. And, while the attraction has been unavailable, Disney has seized the opportunity to make some updates to the signage. We first saw the lettering removed from the sign, but now it’s getting painted too! 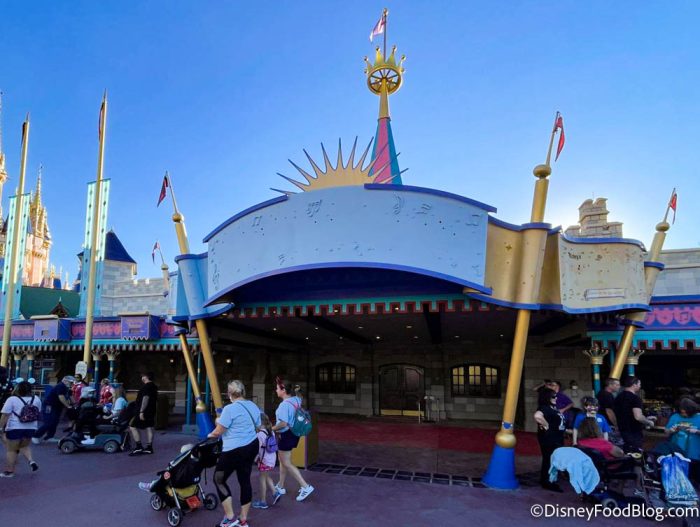 It is set to reopen on November 12th, so we’ll be sure to bring you an update on what the sign ends up looking like when finished!

If you’re looking for a thrill when you’re visiting Disney’s Hollywood Studios, you don’t have to look any further than the Tower of Terror. And, while the ride is themed around an elevator having some…technical difficulties…this week we noticed that Disney was doing some work on the exterior of the building near The Hollywood Tower Hotel sign. 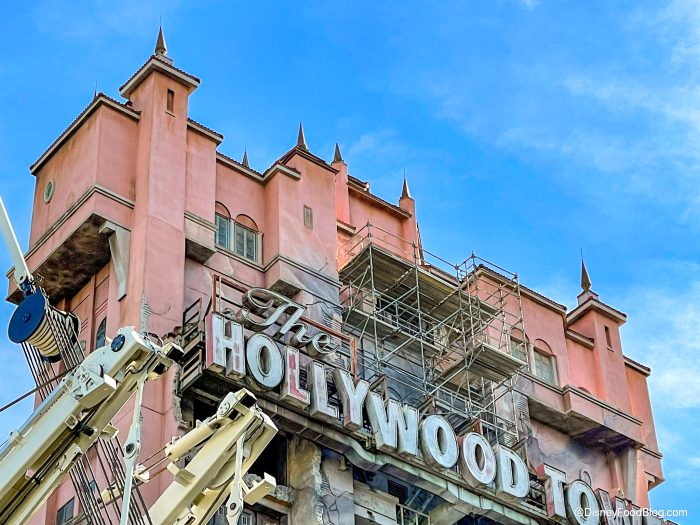 Scaffolding at the top!

Now, don’t worry, Disney isn’t taking all of the fun out of the ride — it appears that they’re just doing some refurbishment on the exterior. In the meantime, the ride is open and operating as normal (though, the attraction did close down temporarily close down a few mornings earlier this week).

Learn More About the Tower of Terror Construction HERE!

A few weeks ago, we spotted some extra construction tarp around Sunset Club Couture on Sunset Boulevard. But, it looks like Disney is nearing the end of the refurbishment here, as now only part of the blue covering remains on the building. 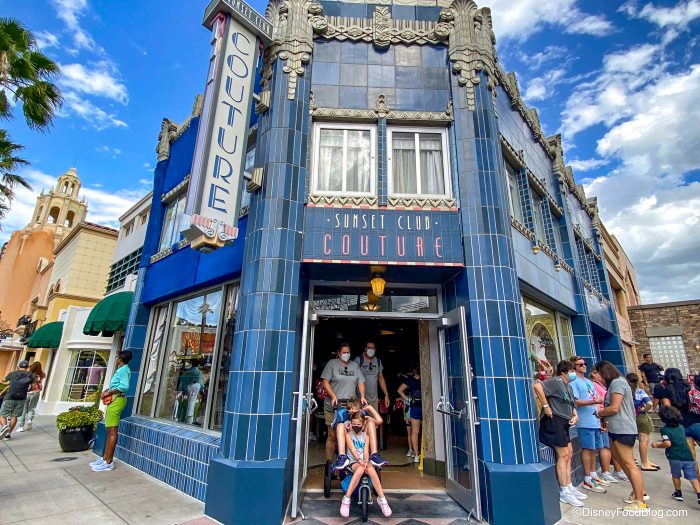 Only half is under construction now!

From what we can see, the building just got a fresh coat of paint and there were no major changes.

Over in Disney’s Animal Kingdom, Restaurantosaurus has been home to some construction walls for some time now. Previously, they were blocking the outdoor patio seating area… 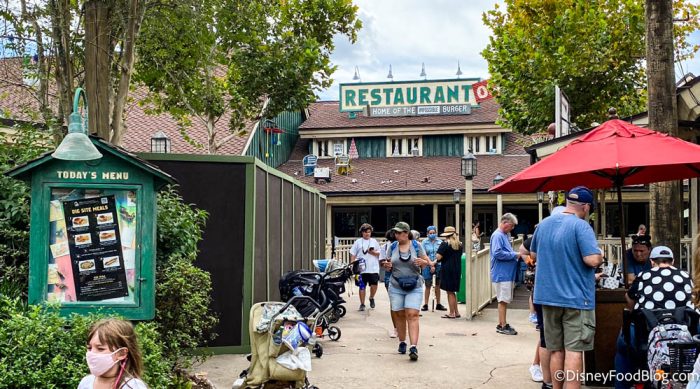 Previously there were construction walls here… 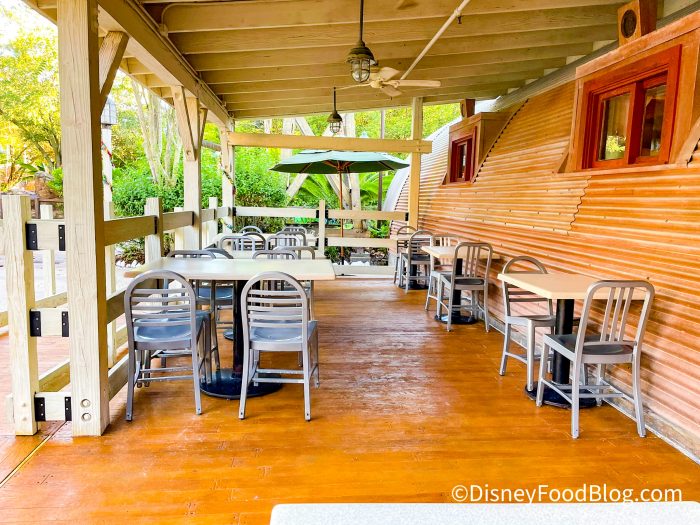 It reopened with fresh paint!

This is a great place to sit outside and eat during your day in the park and we’re happy to see it back in business!

We’ve been giving you the play-by-play as Disney completely demolishes the former 🤢-inducing attraction Primeval Whirl in Dinoland, U.S.A. And, we’ve got our weekly update — only a very small portion of the coaster is left standing and the track is completely gone! 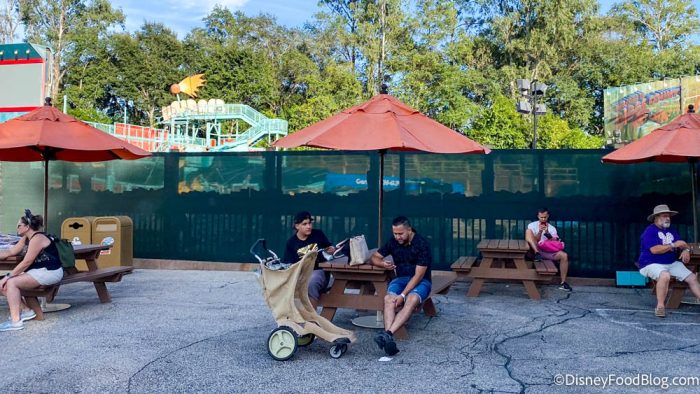 Disney hasn’t revealed what could be taking the place of Primeval Whirl once it’s gone, but we’ll keep an eye out for updates.

Lastly, we made our way over to Disney’s Art of Animation Resort to see if anything was new and noticed that a portion of the walkway around the Finding Nemo section of the hotel had its sidewalks blocked off. We didn’t spot any construction crews actively working on the buildings, but there were some pretty hefty cranes in the area. 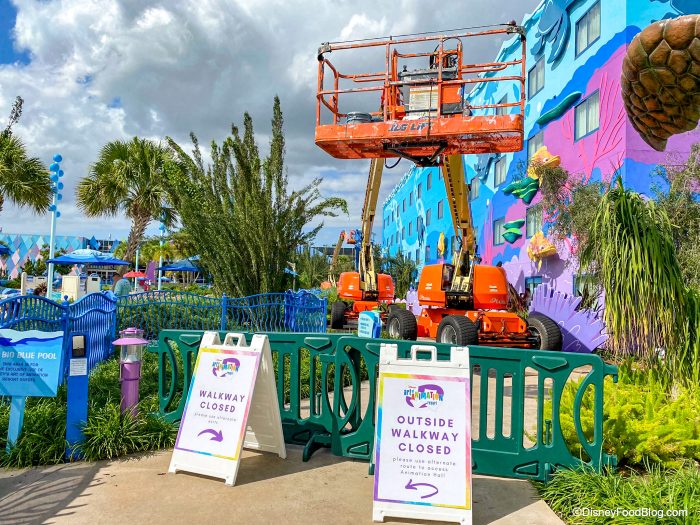 Some exterior touch-ups going on here!

We’ve seen construction crews painting the exterior and refurbishing the characters that decorate the walls over the past year, so this is likely just an extension of that.

And, that’s a wrap on all the construction updates from Disney World this week! We’ve always got our eyes peeled for new paint jobs, scaffolding, and more, so be sure to stay tuned to DFB for the latest on how these may impact your vacation!

What Disney World attraction do you think needs refurbished next? Let us know in the comments!