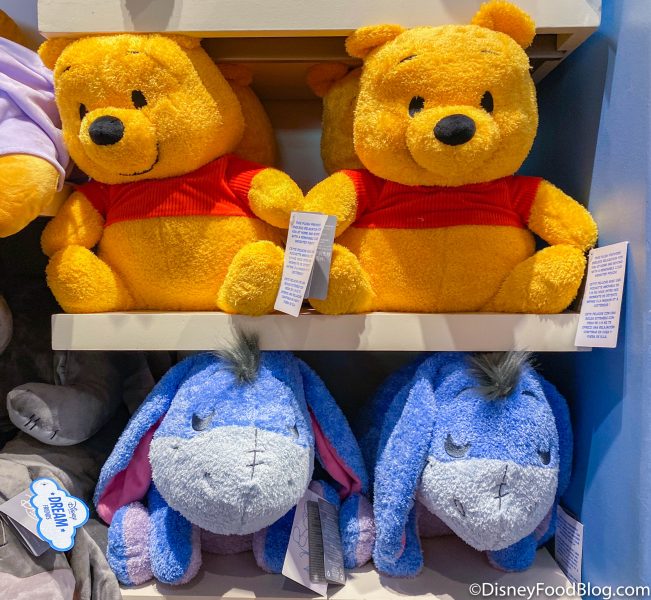 Disney put their own spin on this product with weighted plushes, which we found in the parks (and online) last year. They’ve been missing from Disney World’s gift shops for a while now, but we have great news if you were hoping to grab one of these heavy plushes!

Weighted plushes are back in stock in Disney World! We spotted two characters in the parks today, including one that’s NEW to Disney World (although we’ve seen them both in Disneyland). 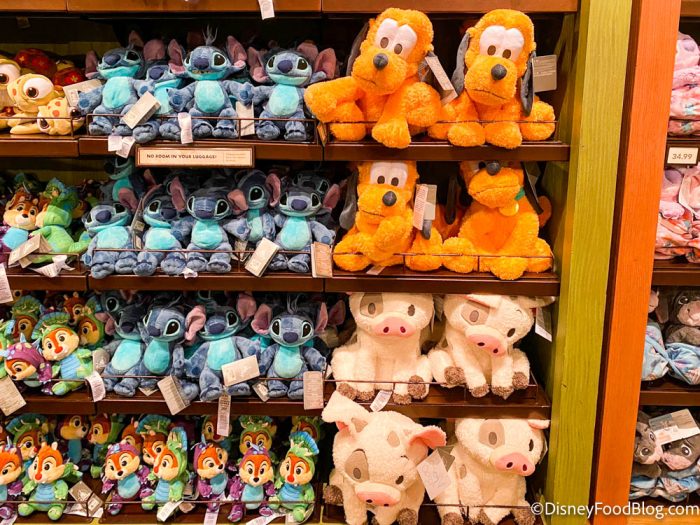 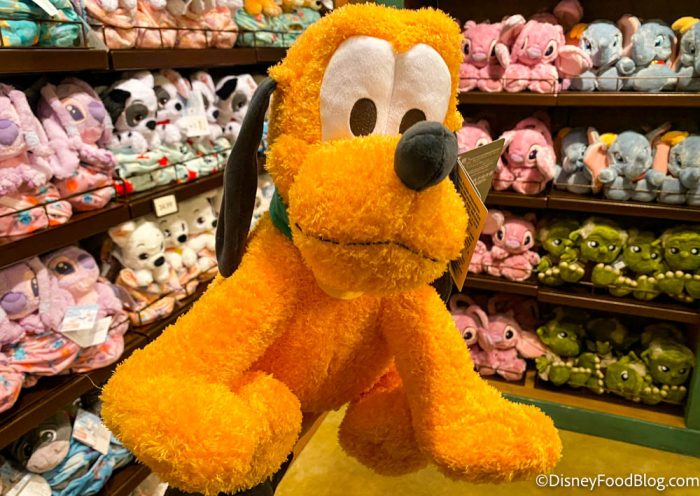 …and the NEW weighted Pua! (He’s the adorable pig from Moana, in case you didn’t already know.) 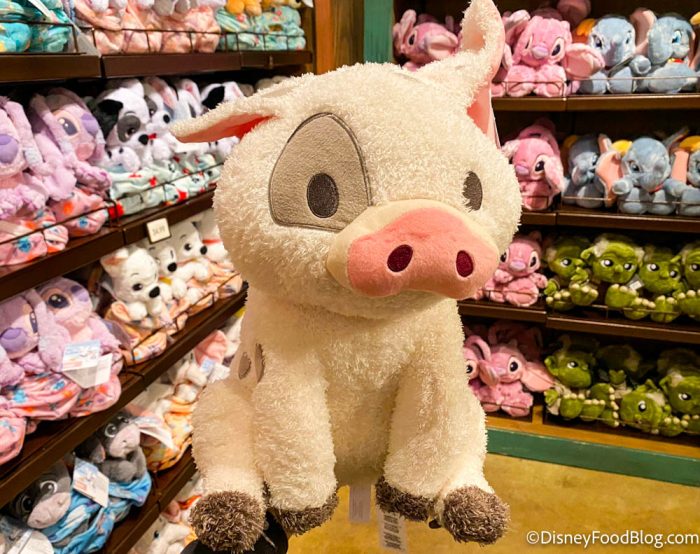 We saw these guys at Riverside Depot in Disney’s Animal Kingdom, and they’re also available over in the Emporium in Magic Kingdom. 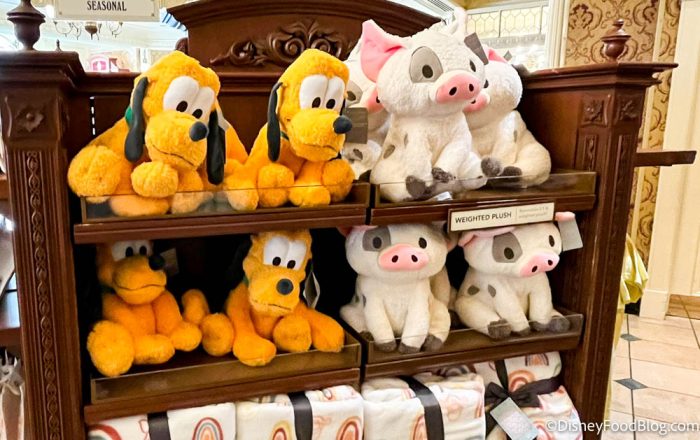 These animals have a removable 2.5 pound bag inside them, so you can take it out if they get too heavy for ya. 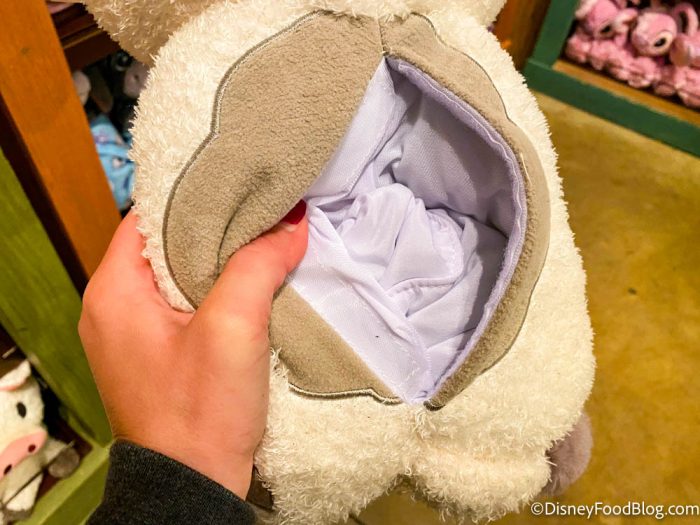 Our reporters have said that the plushes feel very heavy with the bag inside, possibly even heavier than 2.5 pounds. 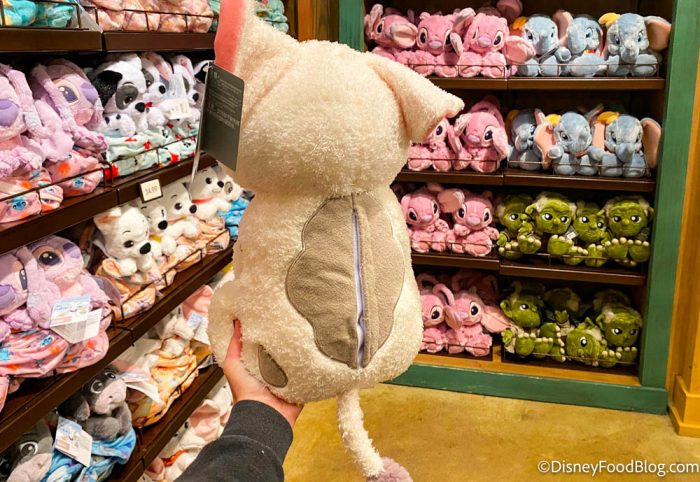 Pua is too cute

Both of these plushes cost $39.99, and they’re available to buy online as well.

In the past, we’ve also seen weighted plushes for Mickey Mouse, Minnie Mouse, Stitch, Winnie the Pooh, and Eeyore, but Pluto and Pua were the only characters available today. We asked a Cast Member about these guys, and they told us that more characters were supposed to come with Pluto and Pua, but they were delayed. 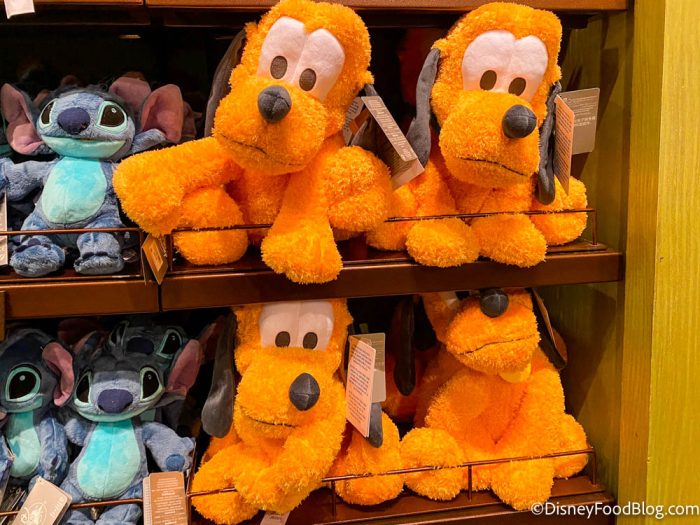 More of these guys are supposed to come soon

The other characters are now scheduled to arrive sometime in April according to this Cast Member, but they could arrive earlier or later (there’s some uncertainty with shipping right now). All of the weighted plush characters (Mickey, Minnie, Stitch, Winnie the Pooh, Eeyore, Pluto, and Pua) are available to buy online at shopDisney right now!

UPDATE: We stopped by Creations Shop in EPCOT recently, and there were a lot of weighted plushes in stock there, including some of Mickey Mouse, Stitch and Eeyore! You can head to this store now to pick up your favorite character as a weighted plush. 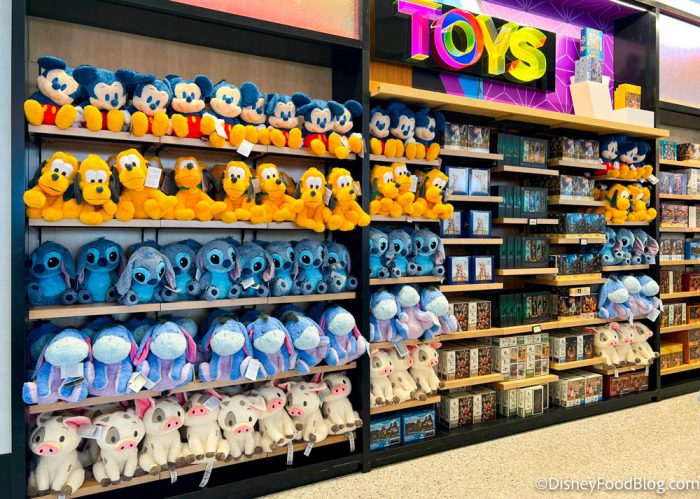 Keep following DFB for more of the latest updates on Disney merchandise!

Which of the weighted plushes would you take home? Let us know in the comments.