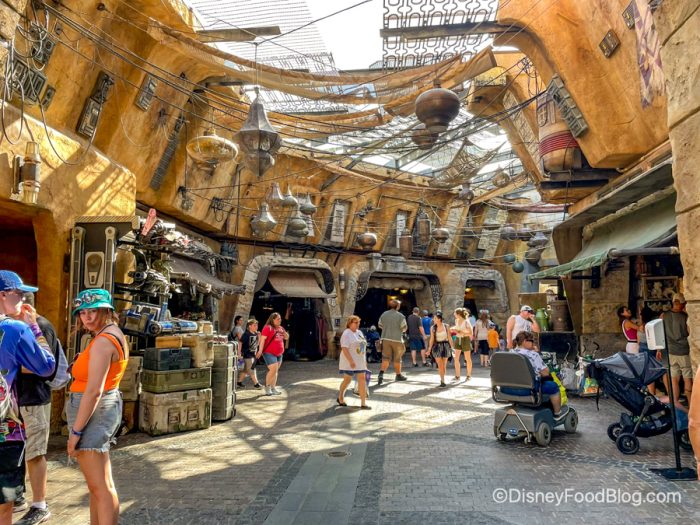 We’re taking in all the sights, sounds, smells, and special experiences happening throughout Disney’s Hollywood Studios for May the 4th. So far we’ve seen special PhotoPass ops, and don’t even get us started on how many of the exclusive treats we’ve already tried! Speaking of which, let’s check out another special Star Wars Day snack that’s sure to be out of this world.

The Interstellar Sweet and Crunchy Popcorn is certainly not new to Disney’s May the 4th Celebration, but how does this year’s version hold up to past versions? 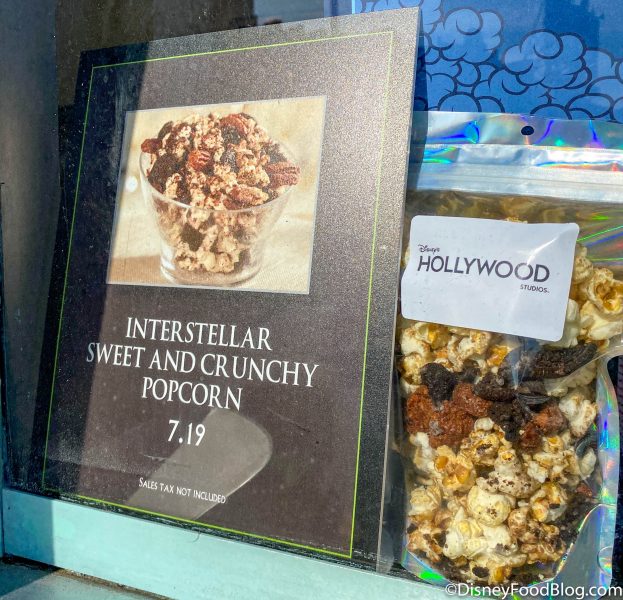 You’ll find the Interstellar Sweet and Crunch Popcorn Mix at Popcorn Stands near the Hyperion Theater, Animation Courtyard, and Anaheim Produce for $7.50. 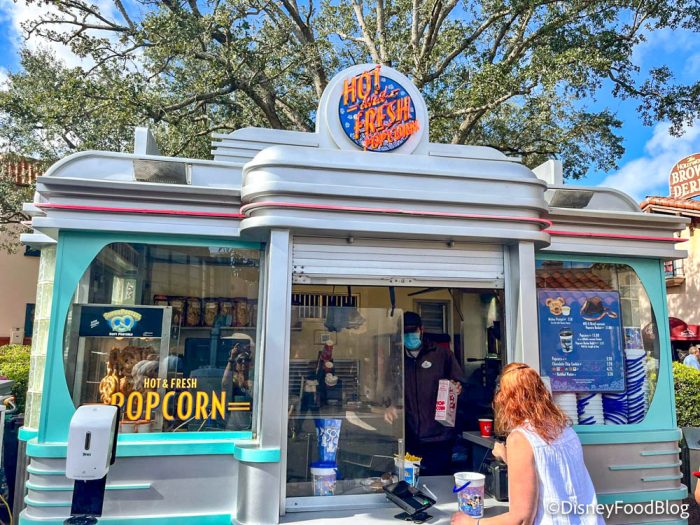 Get your popcorn here!

This sweet heat treat is made with sugar-coated popcorn, Oreo chunks, sea salt, caramel, plus sugar and spice-coated pecans. 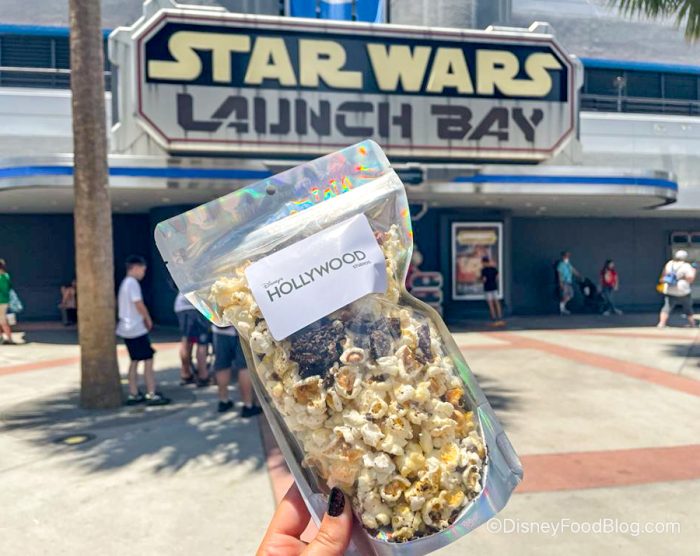 Last year, this popcorn was made with red-pepper seasoned pecans, and we honestly thought it was a little spicy! It looks like Disney may have switched things up, because this year the sugar and spice coated pecans were a nice, flavorful crunch without being too spicy. 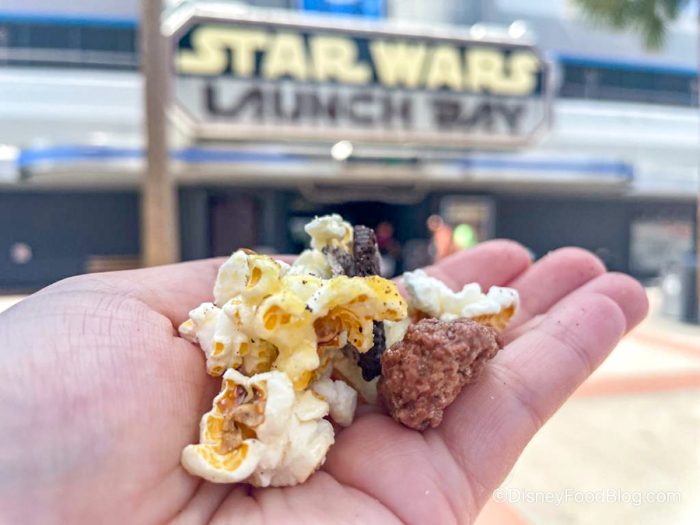 More of the sweet, less of the spice this year.

Warning, though, this popcorn is SWEET. The combination of the sugar-coated popcorn plus the caramel made this treat just a bit too sweet for us, although the sea salt did have its shining moments.

Not to mention, for the price you really don’t get a lot of food — though it is nice that you can toss it in your park bag since it’s resealable, but we’d stick to regular popcorn if you don’t have a sweet tooth! 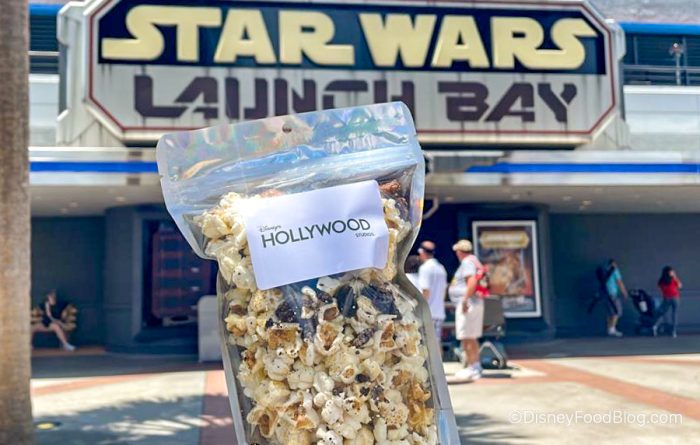 This one was a hit and a miss for us.

This mix is only available for a limited time, so hurry on over to Disney’s Hollywood Studios to try it before it’s gone — and don’t forget to stay tuned to DFB for more Star Wars and Disney news!

Have you made a trip to Star Wars: Galaxy’s Edge in Disney’s Hollywood Studios? Let us know in the comments!