Yes, we’re already seeing holiday merchandise in shops, but for the time being, we are in peak spooky season. 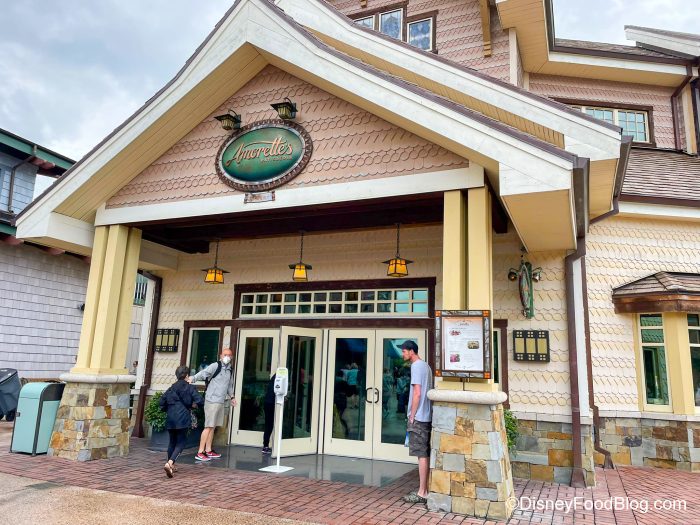 Mickey’s Not-So-Scary Halloween party is still going on, the Halloween decorations are still up in Disney World, and we’re still discovering new Halloween snacks. In fact, we’re trying one right now and this one has a Hocus Pocus inspiration! 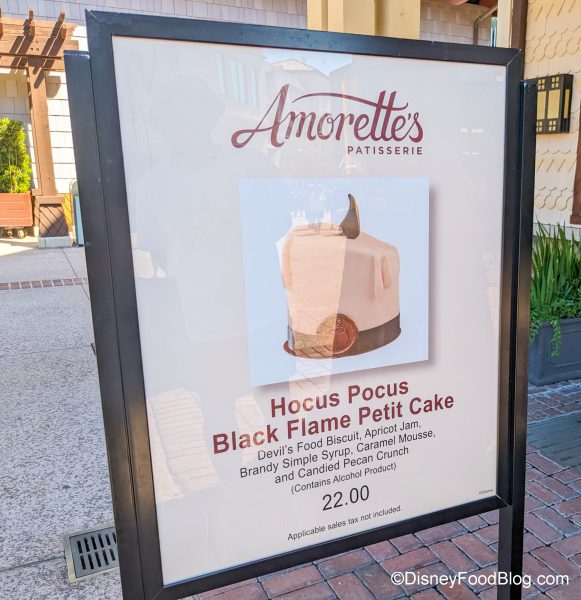 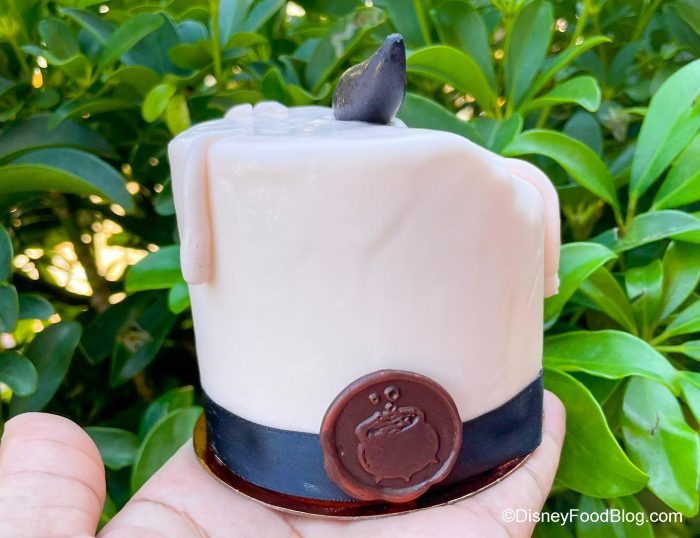 Dare we light it?

First, we have to applaud this fondant. 👏  Fondant can sometimes taste just like a sugary paste, but here, it’s very light and not overpowering at all. We actually felt like it added something to the cake, rather than just being there for decoration.

Have you eaten a candle in Disney World before? 👀 The Hocus Pocus Black Flame Petit Cake is at Amorette’s Patisserie in Disney Springs for $22! pic.twitter.com/QFXnFW3xar

We also really enjoyed the pecans, which added a nice crunch. 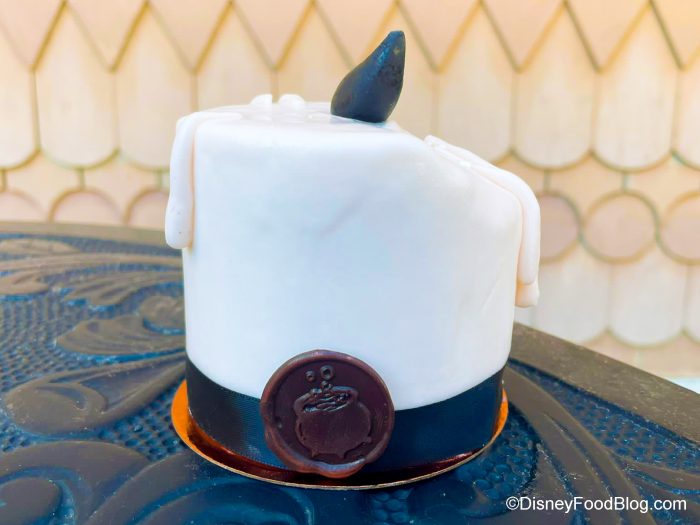 The fondant was even good!

The chocolate flavors were also delicious. It wasn’t overly chocolatey, which can be a problem with some chocolate-focused desserts. We think this might be one of the better cakes — at least from those that we’ve tried with fondant — that we’ve had from Amorette’s. 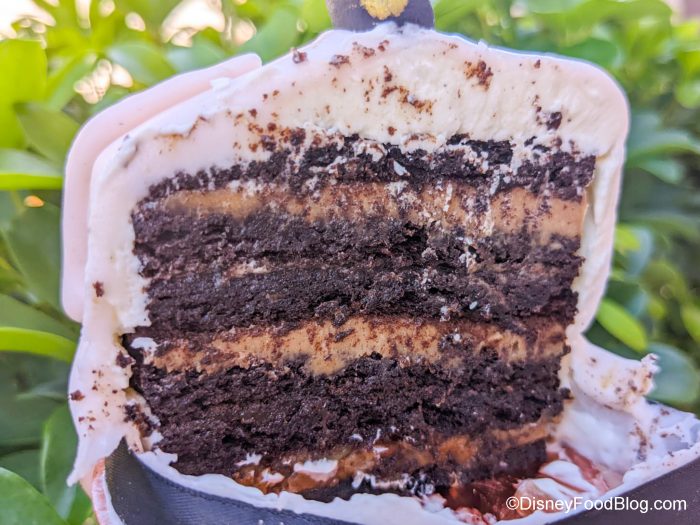 Look at those layers!

The scariest part of this snack isn’t its design or flavors though — it’s…the price tag. This cake comes with a pretty substantial price tag (just as the other Petit Cakes at Amorette’s generally do). To eat this, you’ll have to fork out $22. Is it worth that high price? That’s something you’ll have to decide. We will say that it was at least one of the better fondant-covered cakes we’ve had here, and it is rich enough to share, but it is definitely pricey.

It will be available through October 31st, so if you’re wanting to try it, you have less than a month left to head there!

Want to eat ANOTHER candle in Disney World? Yes, you can do that. Gasparilla Island Grill has a Black Flame Candle cake as well, and it’s significantly cheaper, at just $7.99. This one is a vanilla sponge cake with caramel buttercream and white chocolate ganache. It wasn’t the most exciting cake we’ve ever had, but it was pretty delightful! And at a much cheaper price, it might be a snack with a cost you can better justify as part of your budget. 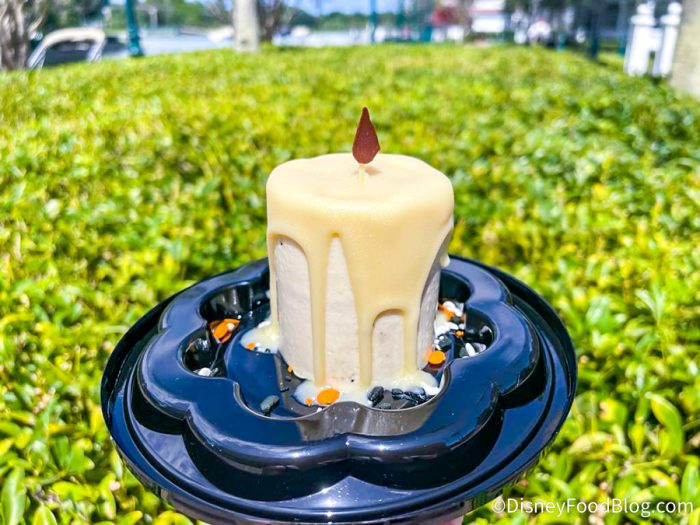 Be sure to check out all our reviews of the fall and Halloween snacks in Disney World.

Looking for even more yummy goodies in Disney Springs? Check out our video below where we rank EVERY restaurant in the shopping and dining district!

What’s your favorite Disney World Halloween snack? Let us know in the comments!