It’s FINALLY happening, people — Fantasmic! is BACK in Disney World! 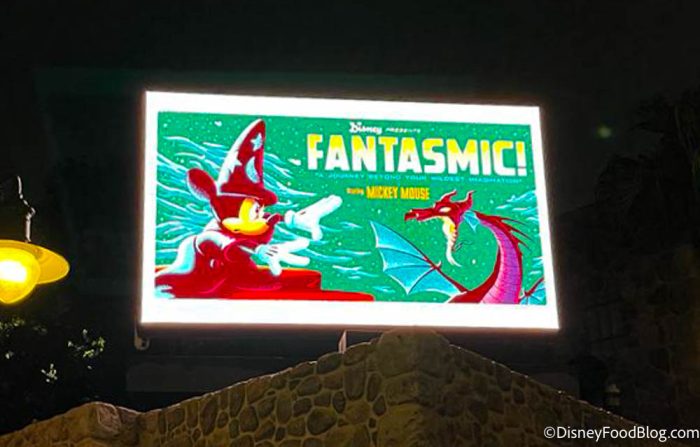 The show is returning to Hollywood Studios after being gone since the 2020 shutdowns. We’ve been waiting it out, checking on construction, getting updates from Disney, and learning about the new version of the show. We had the opportunity to see the changes to the show at a media event the night before the show officially returned. But now, we’re back for the official GRAND OPENING. Come along with us to check it out!

We’re about to show you some of the changes and a look at the crowds (so, SPOILER warning!).

The crowds showed up in FULL FORCE for the return of the show. Massive lines started forming around 5PM, even though the first show didn’t start until 8PM. 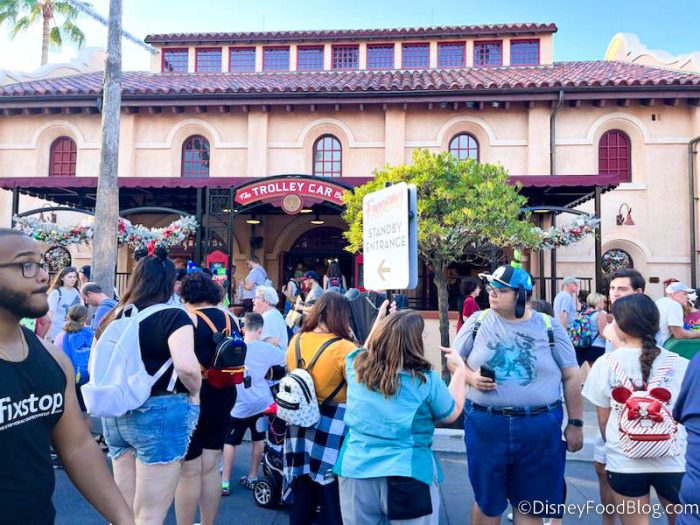 They opened the amphitheater around 6:15PM.

And the amphitheater has opened for Fantasmic! tonight!

You can take a closer look at the massive CROWDS here!

Now, the show is different than it was before it closed. The biggest difference is probably the addition of a brand NEW sequence in the show! This sequence will take you on a “journey with our heroes,” according to Disney Live Entertainment Show Director Matthew Hamel. The new segment includes new characters, stunt performers, animation, and more. 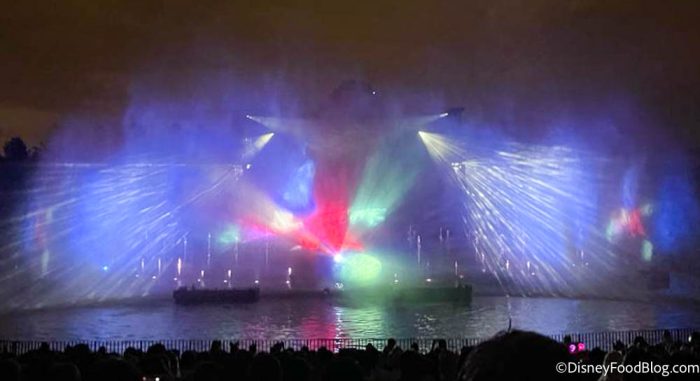 There is also an Aladdin scene with NEW stunts, a new scene with Elsa featuring the song “Show Yourself” from Frozen 2, and some moments with Moana, Pocahontas, and Mulan. 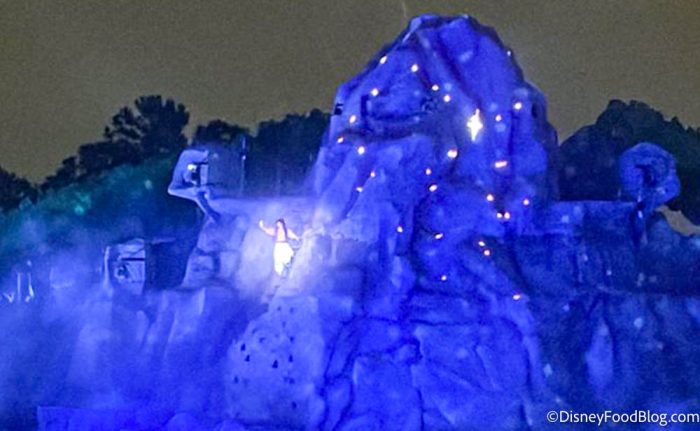 Disney brought in Mimi Chan, the original model used by animators for Mulan in the 1998 animated film, to help choreograph authentic Chinese martial arts in Mulan’s new scene.The Pocahontas scene has received the biggest changes and overhaul, according to Disney. The characters that are now in the show include characters from Moana, Frozen 2, Mulan, Aladdin, Pocahontas, Beauty and the Beast, The Little Mermaid, and The Lion King. 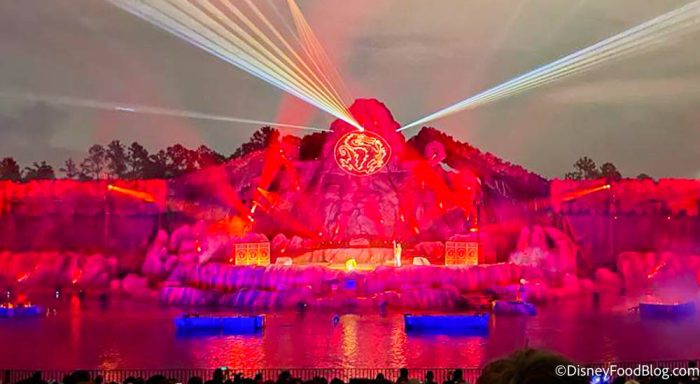 Another things that’s changes is that the runtime of the show is longer. It was previously around 25-26 minutes, and it’s not 29 minutes.

You can see MORE of the changes to Fantasmic! here! 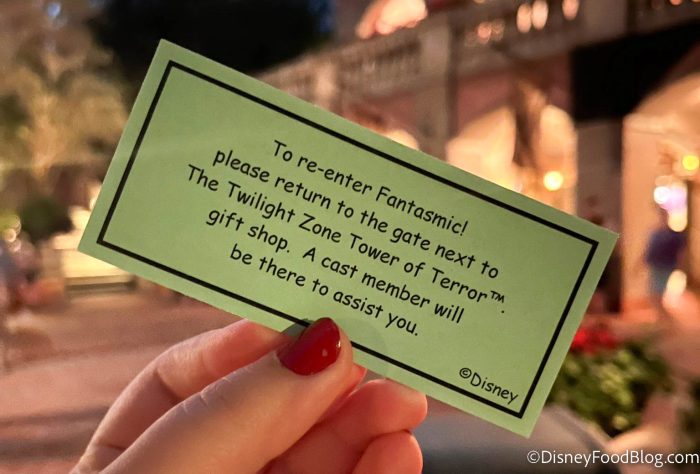 If you’re planning on checking out Fantasmic! soon, you can take a look at all of the showtimes right here. And, you can also reserve a Fantasmic! Dining Package if you’d like to have a guaranteed, reserved seat and a meal before the show.

That’s our look at the returned show in Hollywood Studios!

For more on things returning to Disney World, check out when Akershus will be reopening in EPCOT’s Norway Pavilion, our review of the returned Monsieur Paul in EPCOT’s France Pavilion, and more about buffets being back at Tusker House in Animal Kingdom!

Are you excited for the return of Fantasmic! in Disney World? Tell us in the comments!

« Select Fans Cans See Disney’s ‘Strange World’ Early AND FOR FREE!
Come With Us To Try a NEW Dole Whip in Disney World! »