Did you know that Maji is Swahili for “water”? 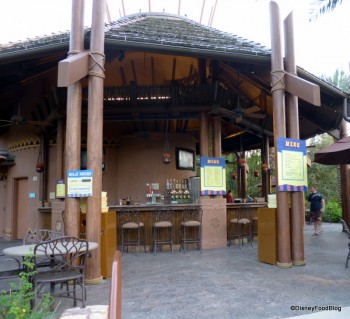 Luckily, the Maji Pool Bar at Kidani Village in Disney’s Animal Kingdom Lodge serves other liquids as well: cocktails (served frozen and on the rocks), wine, and draft beer, including Safari Amber.

A few full entrees and snacks are even available during the afternoon hours, so you don’t need to step far away from the pool. Take a breather and relax at this secluded African retreat.

Reviews:
Review! Does This Mickey-Themed Cookie Stand Out From the Rest in Disney World?