Disney World has been ‘haunted’ with Halloween goodies over the past week! We’ve tried them all, including the Not So Poison Apple Cupcake in Magic Kingdom, the Pumpkin Spice Mac-tini in EPCOT, and the Pumpkin Tiramisu in Disney’s Hollywood Studios! 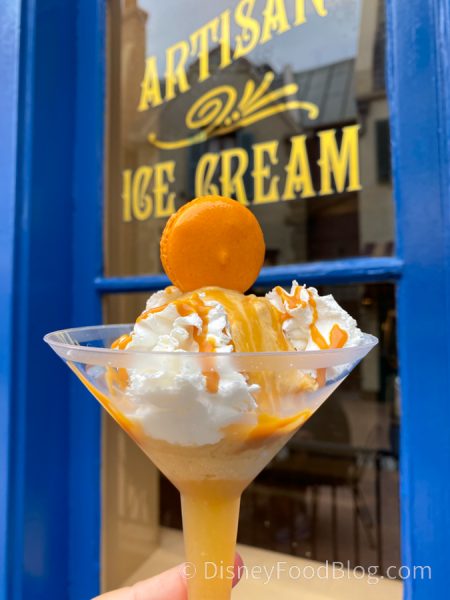 But the parks aren’t the ONLY place you can score some frightfully yummy menu items! You can get Halloween treats in Disney Springs, too! We’ve already stopped by Amorette’s Patisserie today to try their new Halloween Candle Petit today, as well as checking out all the chilling Halloween snacks at The Ganachery! Now, we’re heading to AristoCrêpes to see what they have in store this season!