If you’re on the hunt for Instagramable Disney food, we just found some menu items you may want to add to your list! 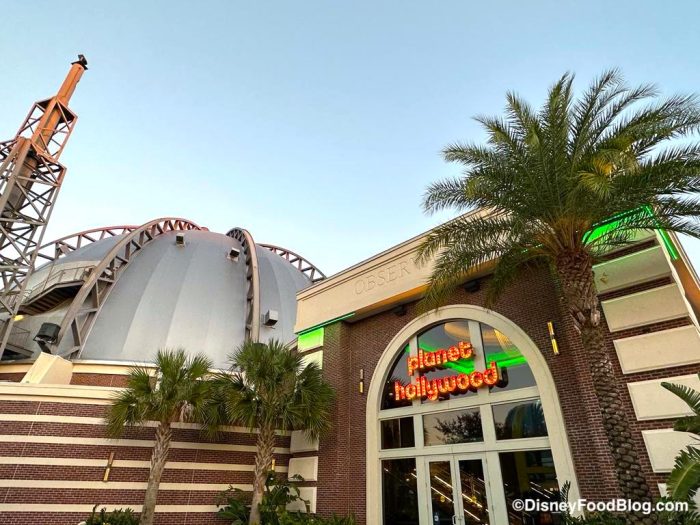 Planet Hollywood is a restaurant located on the West Side of Disney Springs. It’s hard to miss from the outside, with its huge domed ceiling that’s fashioned to look like an observatory. But it’s best known for the design on the inside since it’s decorated with TONS of movie props and memorabilia. But it turns out the decor isn’t the only flashy thing to see inside this restaurant!

END_OF_DOCUMENT_TOKEN_TO_BE_REPLACED

That’s right friends, we headed back to Planet Hollywood Observatory for a night of dinner, drinks, and random movie memorabilia! Some of you might remember that our first trip to the reimagined restaurant was…less than amazing. In fact, pretty underwhelming! You can read the whole review here. But we always enjoy heading back to restaurants time and time again to re-review and see if anything has changed.

END_OF_DOCUMENT_TOKEN_TO_BE_REPLACED We walked around the building while the light was still good, just so you could get a sense of how much things have — and haven’t — changed. As you can see, most of the neon, and all of the blue, are gone. Also gone is the sign at the top of the sign. Unfortunately, nothing has replaced it, so the whole thing looks a bit — okay, a LOT — unfinished. END_OF_DOCUMENT_TOKEN_TO_BE_REPLACED