We’ve got news for you straight out of Tomorrowland in Magic Kingdom! 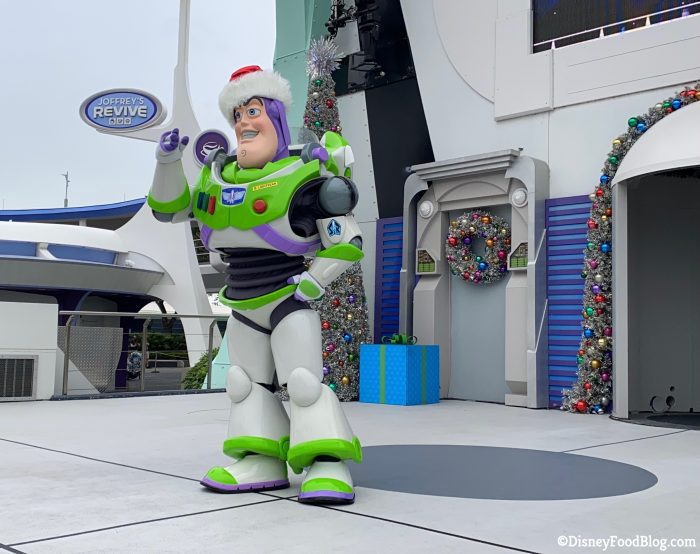 Joining EPCOT’s Kringla Bakeri og Kafe and Sommerfest on the list of dining spots that are now reopen daily is The Lunching Pad! END_OF_DOCUMENT_TOKEN_TO_BE_REPLACED

Earlier this summer, we reported that Magic Kingdom’s entrance sign to Tomorrowland had been removed. We’ve been wondering what the new sign would look like, and now we have our answer! END_OF_DOCUMENT_TOKEN_TO_BE_REPLACED

Hey, guys! We’re back with another DFB Video this weekend, and I hope you’re ready to blast off with us as we take you on a food tour of Magic Kingdom’s Tomorrowland! Mission to S’mores Latte from Revive in Tomorrowland

When you think of Tomorrowland in Disney World’s Magic Kingdom, visions of Space Mountain, the Carousel of Progress, and Buzz Lightyear’s Space Ranger Spin likely come to mind… and I don’t blame ya! But even though Tomorrowland is home to some stellar attractions, it’s also home to some terrific eats. You may even run across a certain singing alien who may serenade you while you dine! (And here’s a tip: if you’re looking for specialty coffee, but want to avoid the morning rush at the Main Street Bakery, Tomorrowland’s got you covered there, too). So join us today in Tomorrowland! END_OF_DOCUMENT_TOKEN_TO_BE_REPLACED