The 2021 EPCOT International Food & Wine Festival has been going on for months now, but just recently a few new things became available at the festival! 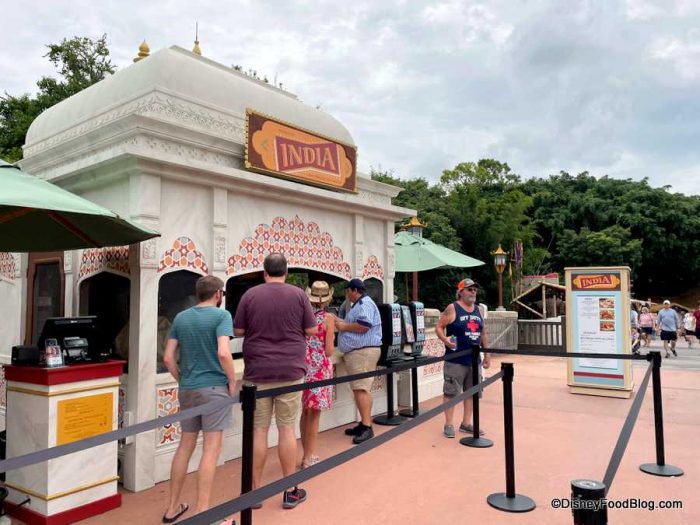 India Booth at Food and Wine!

Many of the food booths opened with the festival back in July, and we ate our way through all of those already. The other nine booths were supposed to open on October 1st, the start of Disney World’s 50th Anniversary celebrations, but instead opened early this weekend! Today we’re stopping by one of the latest arrivals — the India booth — for some returning items and a few NEW drinks!