Everglazed Donuts & Cold Brew opened up in Disney Springs just a few weeks ago and we’ve visited several times to give you ALL the delicious details. 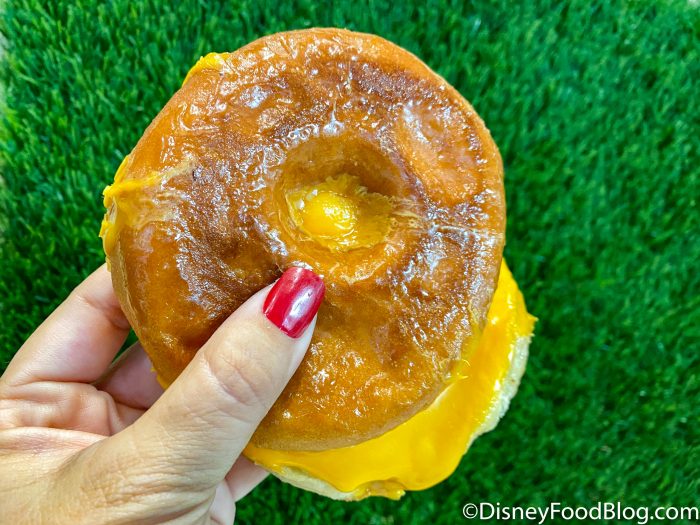 And (of course) while we were there we HAD to try Everglazed’s Grilled Cheeeeeese (that’s literally how it’s spelled on the menu). But we held nothing back and got this sammy on a GLAZED DONUT and let us tell you, that was some MAGIC. But it seems we’re not the only ones who have hopped on the donut grilled cheeeeeese train. From Seth Meyers to Today, this donut sammy is taking the world by storm and the photos/videos they’re using look awfully familiar!