Lunar New Year is just around the corner in Disney California Adventure, but you don’t have to wait until then to have amazing treats! 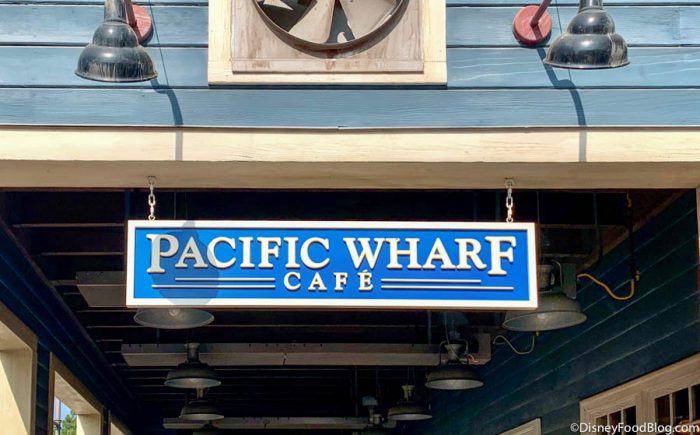 If you’re craving something chocolatey or creamy, you can have them both in the newest treat making its way to Pixar Pier!

The Oreo Cheesecake Bread Pudding has multiple treats in one over at the Pacific Wharf Cafe! 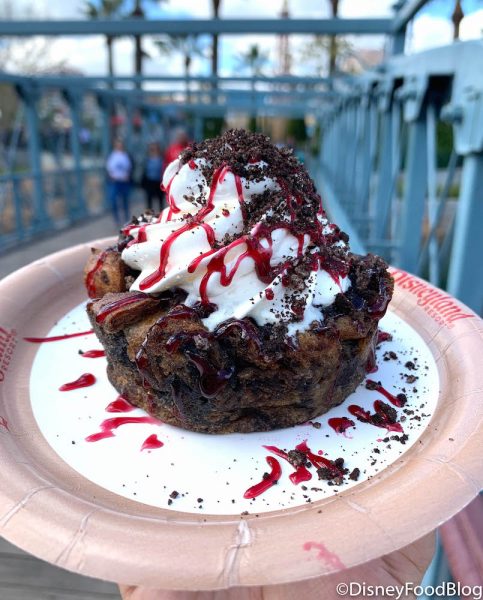 The hot bread pudding is filled with cheesecake and Oreos and then topped with whipped cream, crushed Oreos, and raspberry drizzle. 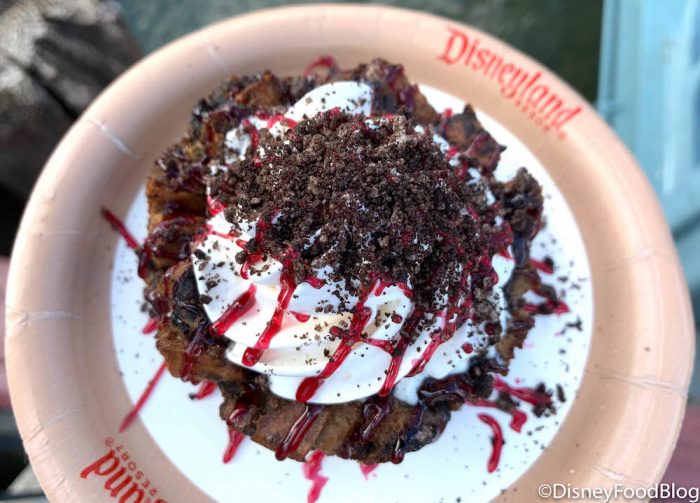 Not only does the bread smell AH-MAZING, the appearance is extremely super Insta-worthy thanks to it’s “zebra-striped” pattern of Oreo, bread, and the center filling of cheesecake. Now enough about looks, it’s time to talk taste. After one bite, we were absolutely hooked. The bread pudding basically tastes like a very soft and warm Oreo (major heart eyes). The cheesecake filling goes extremely well with the chocolate flavor, but we wish there had been more! 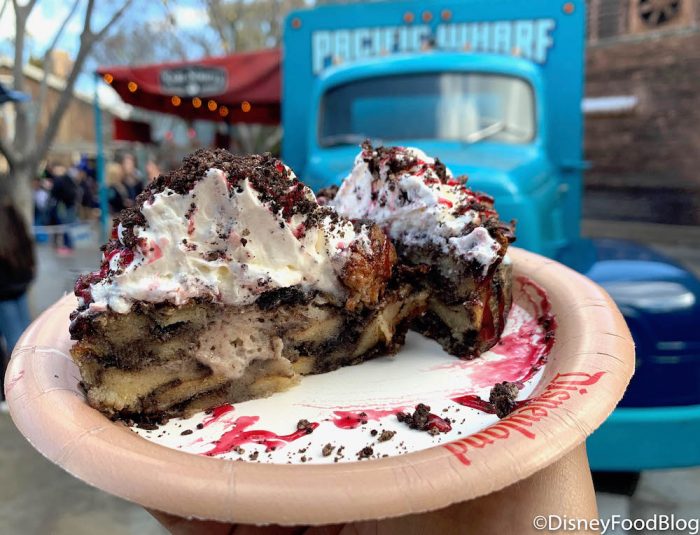 Plus, we LOVE the fact that subtle hints of the raspberry drizzle comes through. Honestly, it’s one of our favorite bread puddings that Pacific Wharf Cafe has come up with! Another fave being the Cherry Cheesecake Bread Pudding they served a few months back. While we could have another two, you might want to head over to Pacific Wharf soon since it’s likely a seasonal item (and totally worth it). 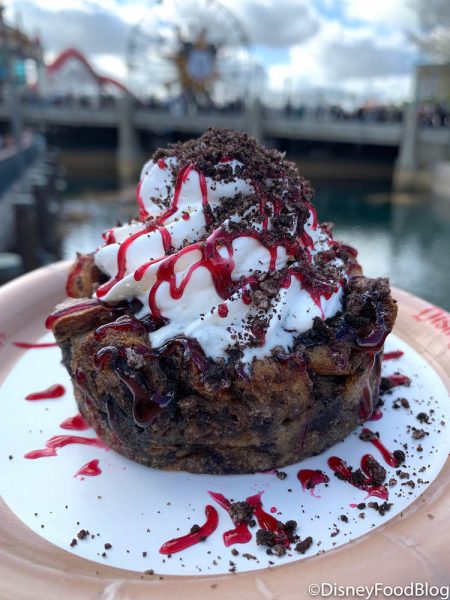 You can try out the Oreo Cheesecake Bread Pudding for $5.99 before the Annual Passholder discount. But, you might want to come back for another! ;D

Have you tried the Oreo Cheesecake Bread Pudding yet? Let us know in the comments below!