Minnie Mouse is a style icon and she’s also a fabulous inspiration for treats in Disney World! 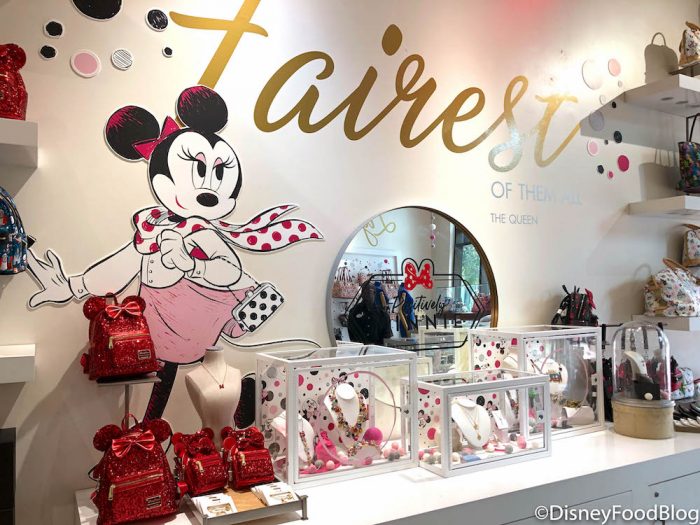 We’ve already had a look at the Minnie Cupcake in honor of Rock the Dots, and now there’s another dessert popping up in the Magic Kingdom to celebrate Minnie!

Earlier this week we gave you a sneak peek of the Minnie Mouse Chocolate Chip Lava Cake, and it’s finally made its appearance at the Columbia Harbour House! 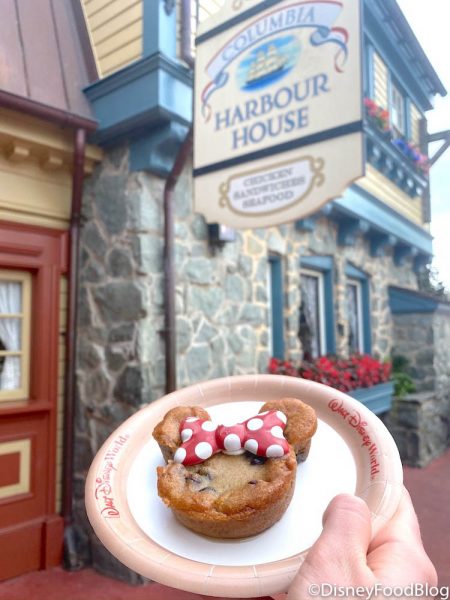 The chocolate chip cookie is filled with molten chocolate and topped with buttercream and a chocolate Minnie bow! 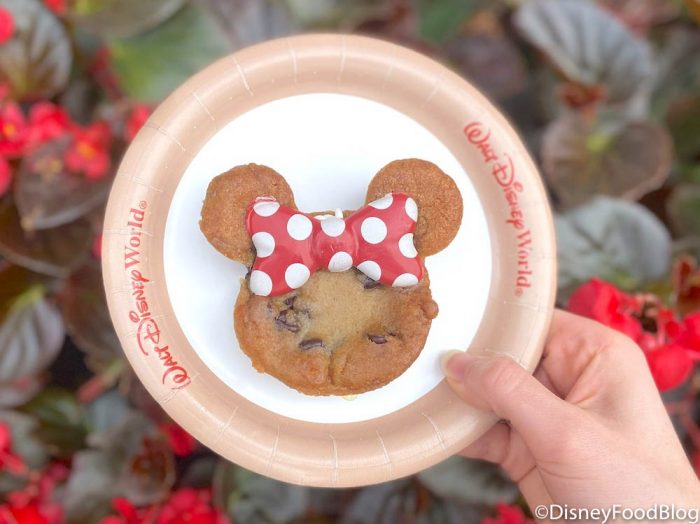 And, let us tell you that this treat tastes better than it looks! The cookie is served warm, so the chocolate is gooey and SO good. The buttercream and white chocolate bow add a hint of sweetness, but the chocolate is already rich enough on its own! While the cookie might look crisp on the edges, it’s incredibly soft instead (and even had a lot of buttery residue afterwards). We think that Minnie would totally be proud!! 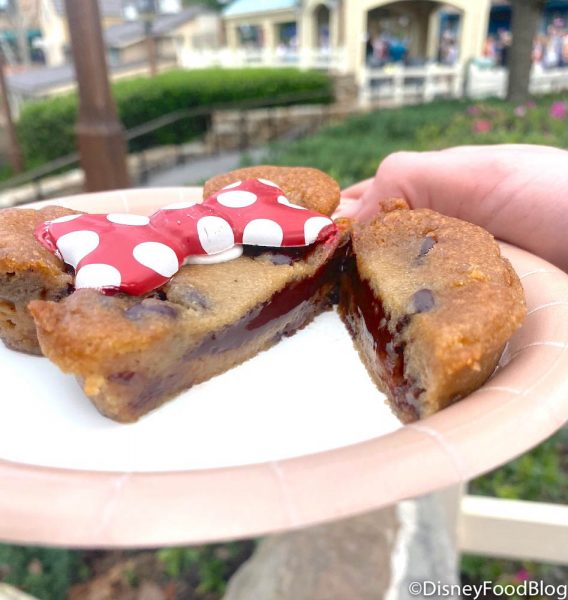 You can grab the Minnie Mouse Chocolate Chip Lava Cake for $4.49 at Columbia Harbour House in Magic Kingdom! And be sure to check out the limited-time return of Great Moments in American History with the Muppets while you’re there!

Have you tried the Minnie Mouse Chocolate Chip Lava Cake yet? Let us know in the comments below!

« News! A Fan Favorite Has RETURNED To Disney World for President’s Day Weekend!
Support Your Fave Teams at All-Star Weekend at the NBA Experience in Disney World! »