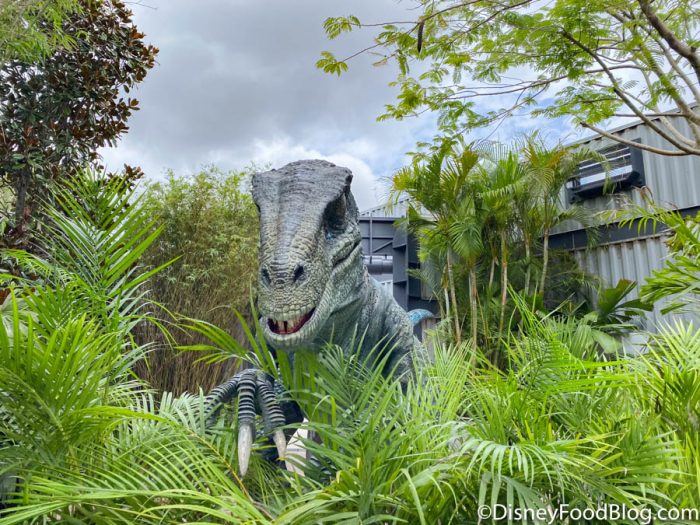 And while we’ve already stopped by to check out theme parks earlier this week during an Annual Passholder preview, today is the first day Universal is open to the general public!  Let’s go check it out!

Universal is limiting its capacity, but they aren’t implementing a reservation system like Disney World will be offering when its theme parks reopen next month. Since guests aren’t required to purchase a ticket beforehand, we were curious just how many folks would show up!

Turns out A LOT of people were heading to Universal this morning! We got stuck in a bit of a traffic jam waiting to enter the parking garages! The gridlock took about an hour to clear up — not our favorite way to start the day! 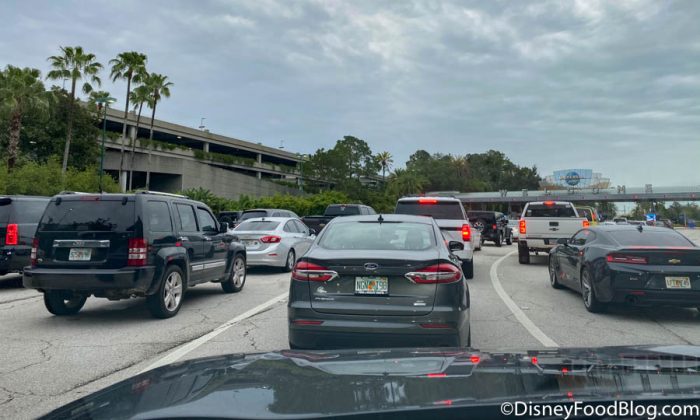 It was a mess getting into Universal this morning! Find out more details here!

With so much action just trying to get to Universal, we feared the worst — but actually, the rest of getting inside Universal was smooth sailing! There wasn’t a back-up at the temperature screening area and we quickly made it through the checkpoint without a hitch! 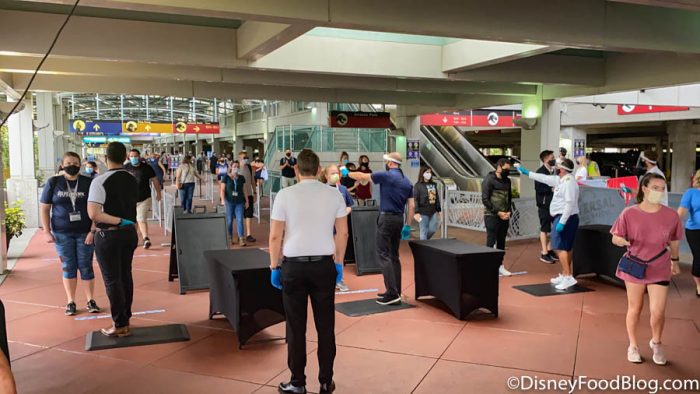 Since many folks hadn’t purchased their tickets yet, we did notice some long lines at the ticket booths. When we asked an employee how Universal would be limiting their capacity, they told us once a park was full an attendant would stand out front. Once guests exited whichever theme park had reached capacity, more people would be admitted in.

The lines were much shorter at the turnstiles and once we arrived, we noticed very few people were around. The parks officially open at 9AM but they started letting guests in a little early. At 8:45AM, the place was still virtually a ghost town!

And it has remained pretty quiet all morning long! Doctor Doom’s Fearfall was a walk-on! 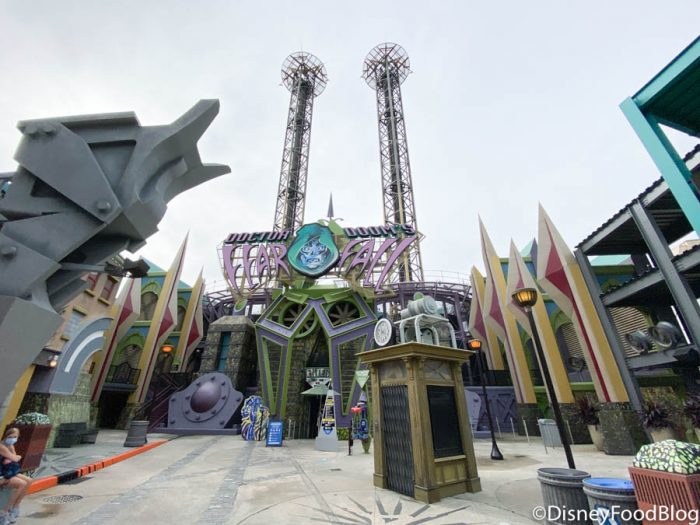 There wasn’t a wait for The Amazing Adventures of Spider-Man either! 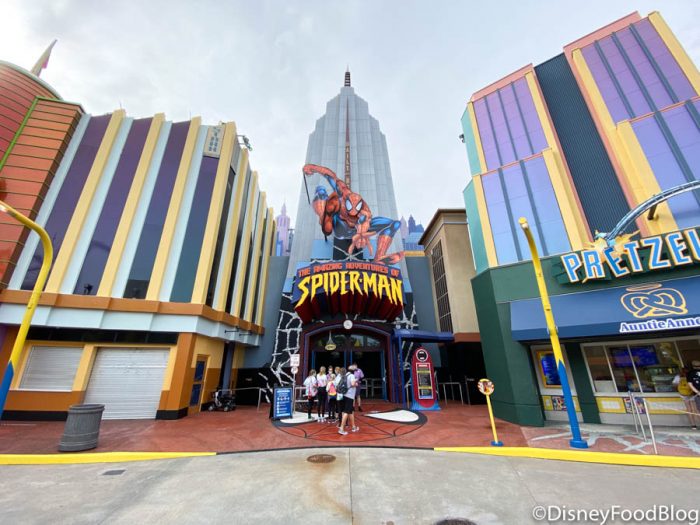 In fact, there seems to be far fewer people here than there was during the Annual Passholder preview we attended earlier this week. Even Hogsmeade looks relatively much calmer! 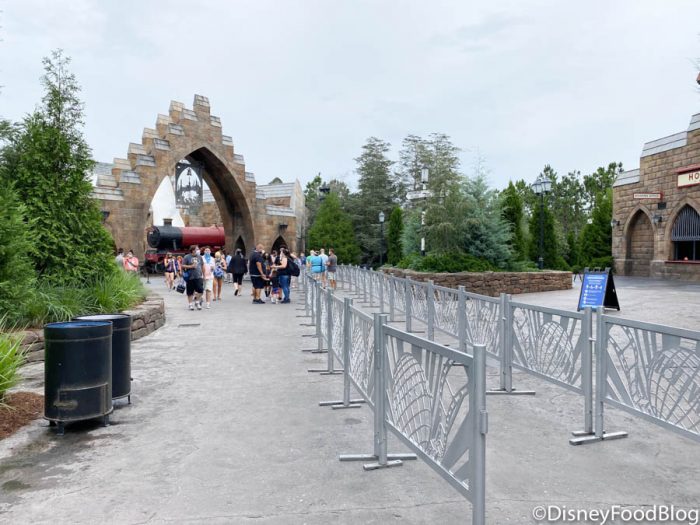 The line for Hagrid’s Magical Creatures Motorbike Adventure looked a lot more manageable! We’ll return to Hogsmeade a little later in the day and see what the crowds are like around mid-day! 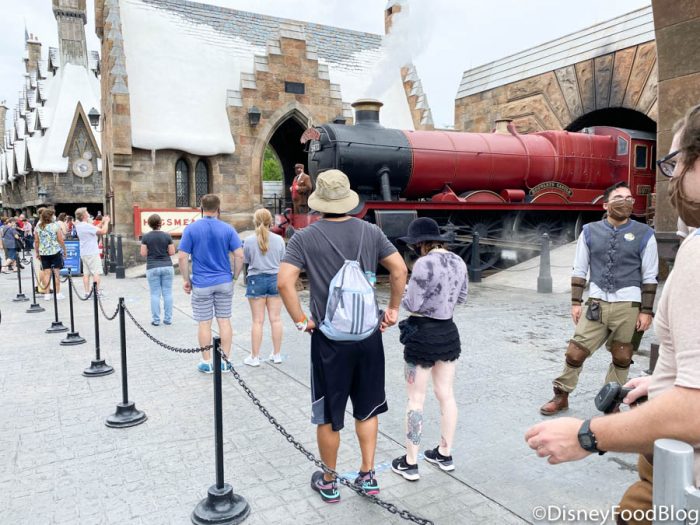 Remember, Universal is offering a virtual line system for most of the attractions. This helps to space guests out in line, so even if there are crowds, you should be able to distance yourself from others.

You can read more about this system and how it operates now that the parks have reopened here!!

Update! It’s a little past mid-day and Universal Studios is still very tame! While there have been moments of congestion here and there, the crowds have remained low! 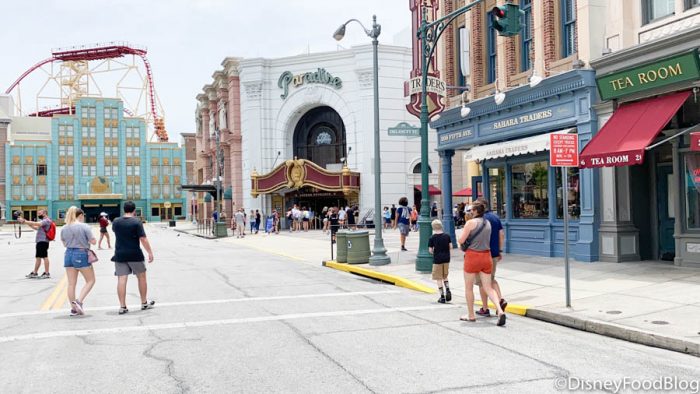 Even well into the day, the parks still feel pretty empty to us. Toon Landing is usually a pretty quiet area, but today there was hardly a peep! (There was a Betty BOOP, tho!) 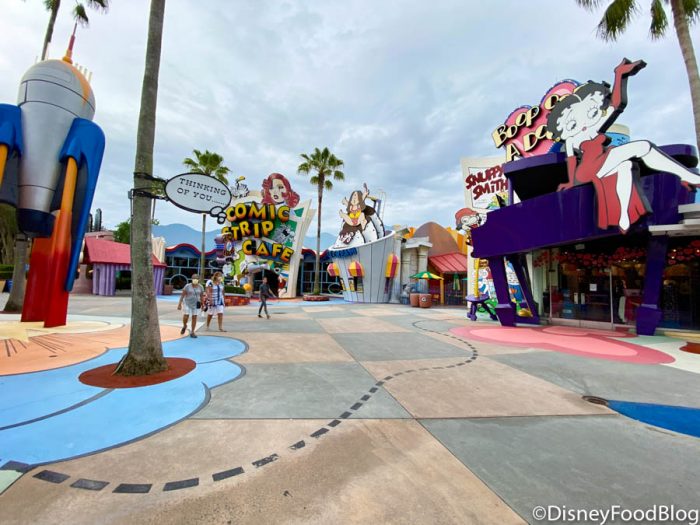 Super Hero Island was also pretty still. We saw a few guests gathering at The Incredible Hulk Coaster throughout the day, but that was about it! 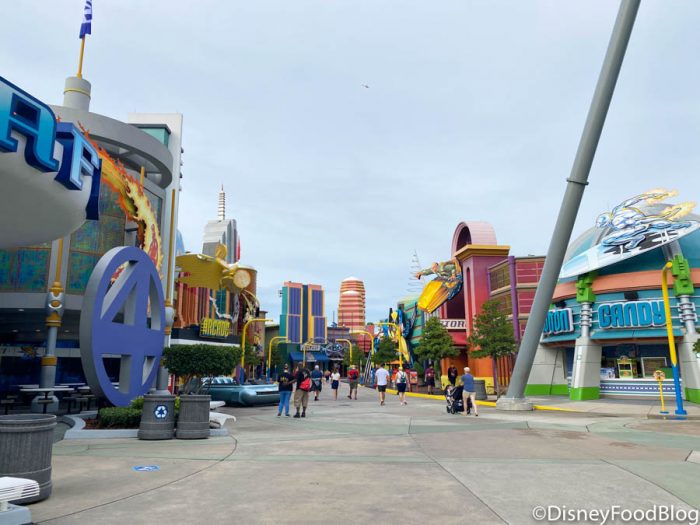 The calmness continued as we ventured over to The Simpsons Ride! 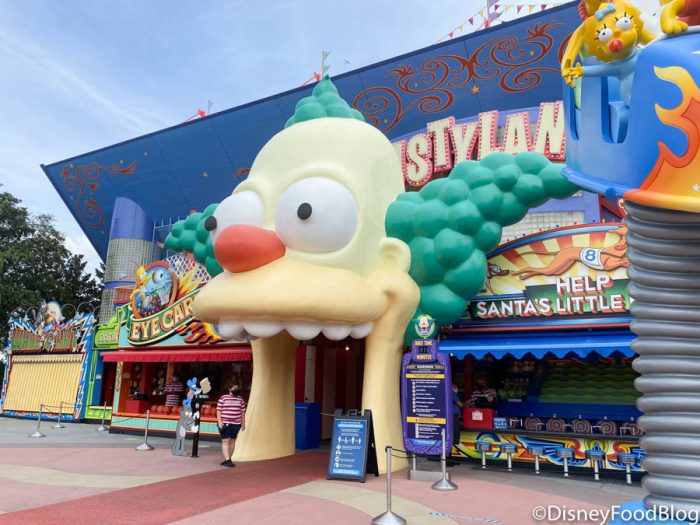 We had an afternoon reservation for Revenge of the Mummy and there was hardly anyone on our ride vehicle! 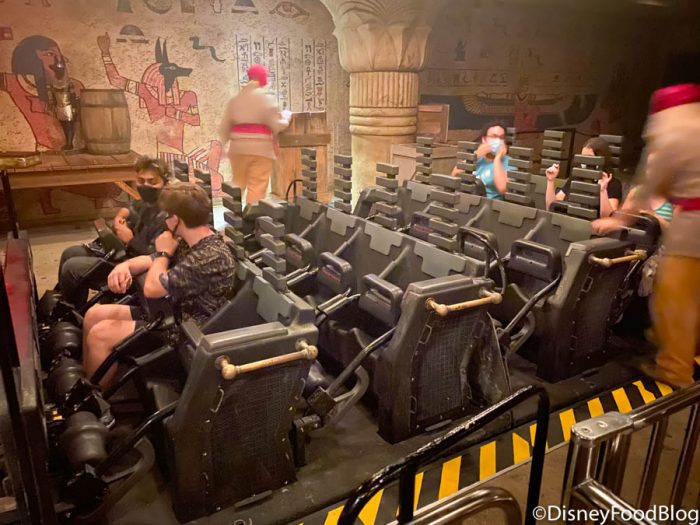 Revenge of the Mummy

But we knew the true test in determining how crowded the parks were would come when went back to Hogsmeade. During the Annual Passholder preview, this was THE place to be! 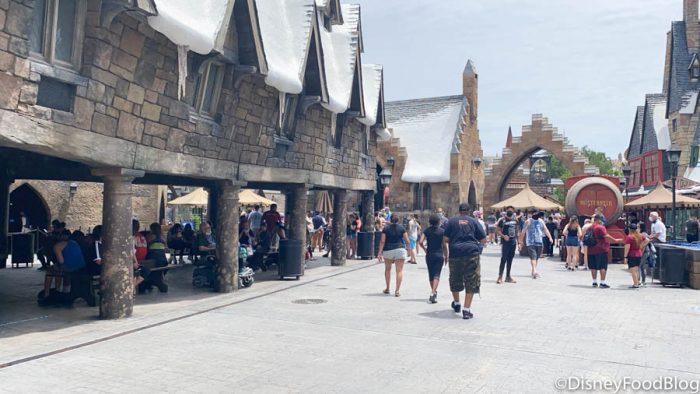 But the queues appeared shockingly more manageable than we’d seen them in days previously. A line had formed outside of Three Broomsticks around lunchtime, but the wait didn’t look too bad! 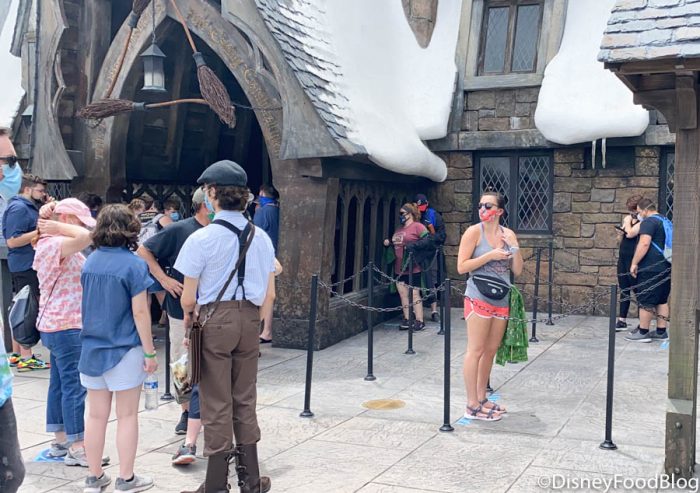 We also noticed some of Universal’s bars began to open today, but there was no wait to get a drink! 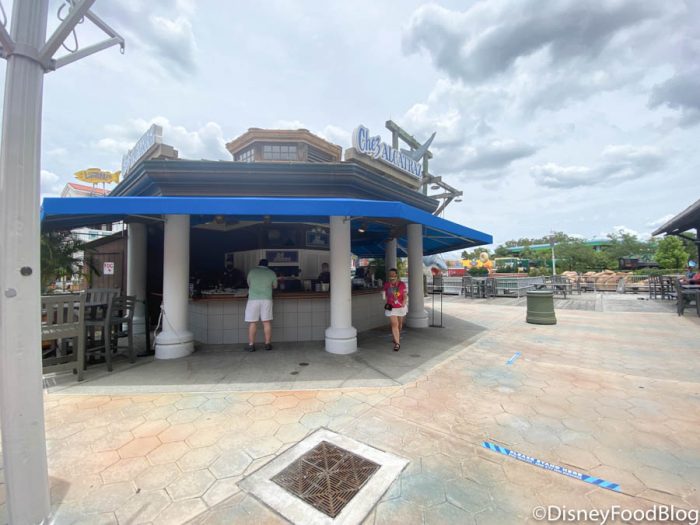 Yup — it’s officially remained very peaceful here on Universal’s first day! It will be interesting to see what the crowds are like in the days to come!

We’ll be updating this post throughout the day as the park fills up, so check back!

Have you been to Universal before? Let us know in the comments below!

« Surf’s Up! New Danielle Nicole Backpacks — Featuring Stitch AND Retro Mickey — Now Available for Preorder
Will Disneyland Open in July? Here’s Why It Might! »