We’re just a few short weeks away from being able to explore the big blue World again since Disney World will be re-opening on July 11th and July 15th!

If you’re looking forward to hopping on your favorite attractions again, Disney has also told guests all the rides that will be open in each park (we’re excited to see that the Haunted Mansion made the cut).

Since this is an evolving situation, however, Disney has to update many of its statements consistently to fit with new guidelines. And, that means that some attractions that may have been previously scheduled to re-open will no longer be a part of the rides and entertainment available to guests during the initial re-openings in Disney World.

Expedition Everest at Animal Kingdom WILL be Reopening

At this time, Turtle Talk with Crush and The Festival of the Lion King are no longer available in EPCOT and Disney’s Animal Kingdom. Although Disney didn’t make an official statement, the attractions were quietly removed from the list of re-opened locations that we shared with you. 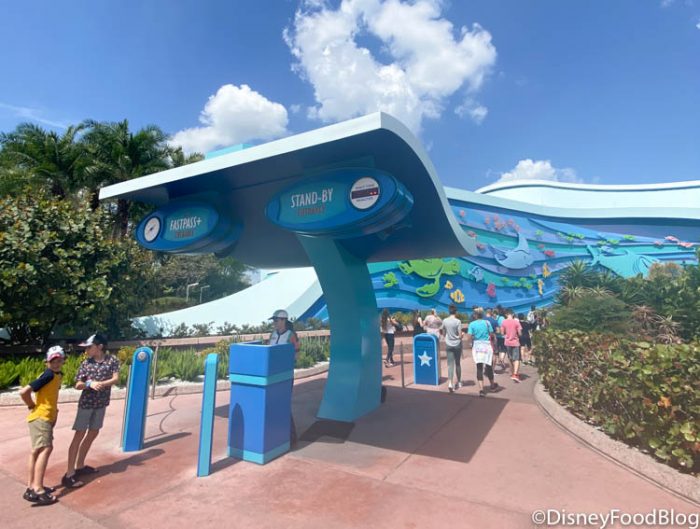 While we don’t know when Turtle Talk with Crush and The Festival of the Lion King will return in Disney World, we expect it will be when Disney feels that the experiences will be able to fit with health and safety guidelines. While it may be disappointing to some to see these rides remain closed, most of the other rides in Disney World will still be re-opening next month.

We will keep you updated on more attraction and experience updates as this is an ever-changing situation!

Here’s the ultimate guide to everything re-opening in Disney World!

What attraction are you the most excited to visit again? Let us know in the comments below!

« What’s New at Disney Springs: Homecomin’ Re-Opens, Disney Face Masks, and the Epic Brownie Masher!
Here’s Where You Can Find the Always-Sold-Out Baby Yoda Plush OUTSIDE of Disney World! »