And earlier this month, 2020’s Star Wars Celebration was canceled while Disneyland After Dark Star Wars Nite was also delayed.

Now another fan event has been rescheduled for 2021. D23 announced earlier today via Twitter the Destination D “Fantastic Worlds” event, which was slated for November of 2020 is being pushed back to an undisclosed date in 2021. 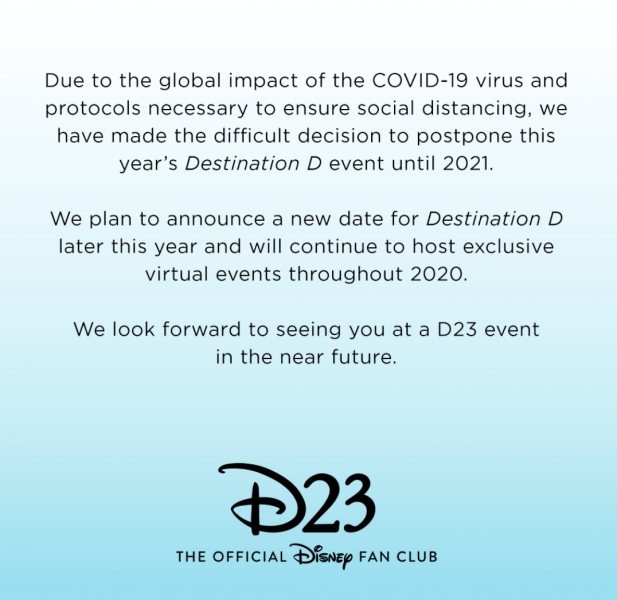 Traditionally, the event takes place in Walt Disney World, and alternates years with D23’s largest event, the D23 Expo. With the Expo still on the books to take place at Disneyland in 2021, it looks like many Disney fans might be visiting BOTH coasts next year to experience these events.

At this time, D23 hasn’t announced a new date for the event, but we’ll let you know as soon as they do so that you’ll be able to start making your plans accordingly!

Were you planning on going to the Destination D event in November? Let us know if your trip was impacted in the comments below.

« NEWS: Another Bar in Disney Springs Has Closed In Response to Florida’s New Executive Order
What’s UP With Disney World Annual Passholder Previews?! »