Are you swift as the coursing river? Got all the force of a great typhoon?

Then you’re definitely ready to experience Mulan when it comes out on Disney+ in September. Not willing to wait that long? Well, if you’re headed to Walt Disney World soon, then you’ll be able to get a special sneak peek!

After significant delays of its release date, Mulan is officially going to premiere on Disney+ in September for an additional price.

If you’re headed to Disney’s Hollywood Studios soon, though, you’ll be able to catch a special glimpse of some scenes from the new movie. A sneak peek of Mulan will be opening on August 21st, and running for a limited time only, as part of the Walt Disney Presents attraction.

As part of the special preview, guests will also be able to check out a cool display with an authentic replica of a warrior costume and sword and an original witch costume used in the film.

Mulan follows the story of Hua Mulan who fearlessly risks everything to protect her family and her country. She eventually becomes one of China’s greatest warriors.

You can catch this special sneak peek in Walt Disney Presents, which is in the Animation Courtyard in Hollywood Studios. You’ll find it as you walk past the Voyage of the Little Mermaid show, toward Toy Story Land. 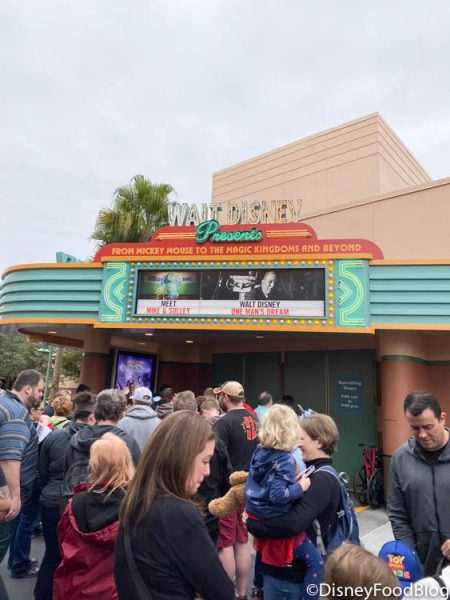 Walt Disney Presents has been the spot for sneak peeks of new Disney movies in the past, including the live-action version of Dumbo. If you’ve never been inside before, it’s a walk-through attraction exploring Walt Disney’s legacy and his journey from animation to theme parks and everything in between, with lots of models, sketches, photos, and much more. If you’re a Disney history fan, this is a must-do for you! You’ll find the theatre that will soon be showing the preview of Mulan at the end of the attraction.

Click here to check out a new ‘Mulan’ featurette with tons of behind the scenes footage!

Are you excited for Mulan? Let us know in the comments?