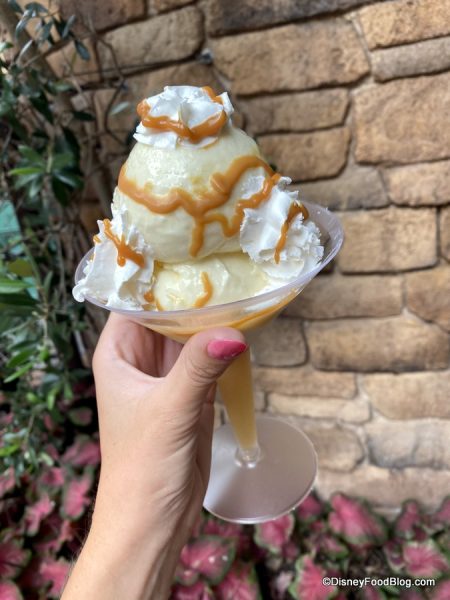 But never in our wildest dreams did we imagine trying CHEESE ice cream in Disney World! You guys know our long-standing love of all things cheese in Disney World. So you can only imagine our shock and curiosity when we discovered that there was a cheese-flavored frozen treat in Magic Kingdom! Turns out that just because something is cheese flavored, doesn’t mean it’s an automatic hit!

We’re talking about cream cheese soft serve found in the Poor Unfortunate Soul Float from Storybook Treats! When was the last time you heard of a dessert serving up cream cheese flavored ice cream? Sounds delicious? Sounds terrible? Turns out BOTH can be true! 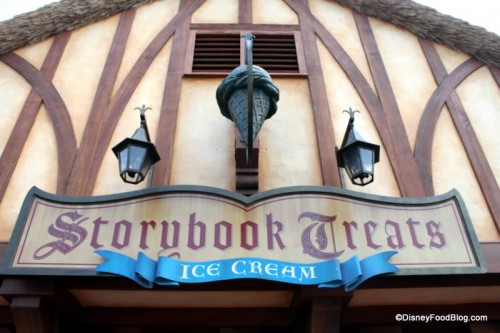 We’ve had quite the contentious history with this dessert. We did not enjoy this float at ALL the first time we tried it at the short-lived Villains After Hours Event in Magic Kingdom! The events this year were cut short due to the park closures, but to be honest that meant a lot of guests were ultimately spared from what WAS the Poor Unfortunate Soul. 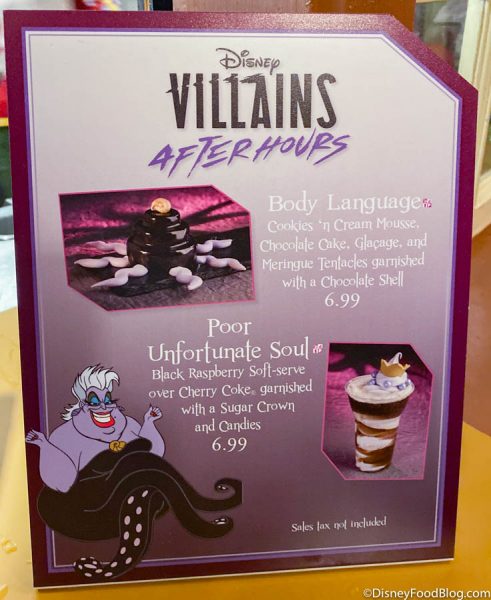 In its O.G. form, the Poor Unfortunate Soul Float was black raspberry soft-serve over Cherry Coke. The odd flavor profile made this snack taste more like medicine than dessert. We’ve had pretty bad luck with Ursula-themed treats in the past, so it seemed almost inevitable that this float would end up falling flat.

Read our first review of Poor Unfortunate Soul from the Villains After Hours Event!

It was certainly one of the coolest looking snacks at the after-hours event though, which just made the sub-par flavor even more disappointing! There are no excuses here! We’ve had plenty of floats in Disney World that taste as amazing as they look, like the Kakamora Float, the I Lava You Float, the Peter Pan Float…we could go on and on! 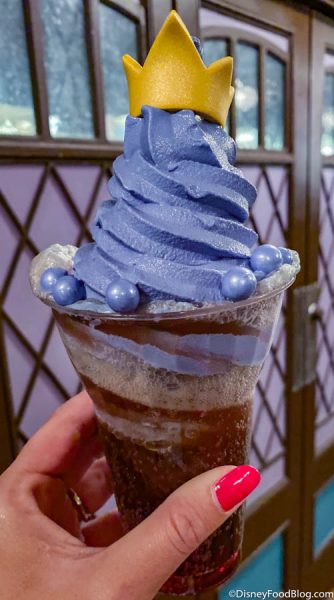 These days, you can find the Poor Unfortunate Soul Float for the Halloween season at Storybook Treats once again, but a small change in its recipe ended up making a HUGE difference in flavor! Now, it is cream cheese soft-serve, black raspberry syrup, and Coke. 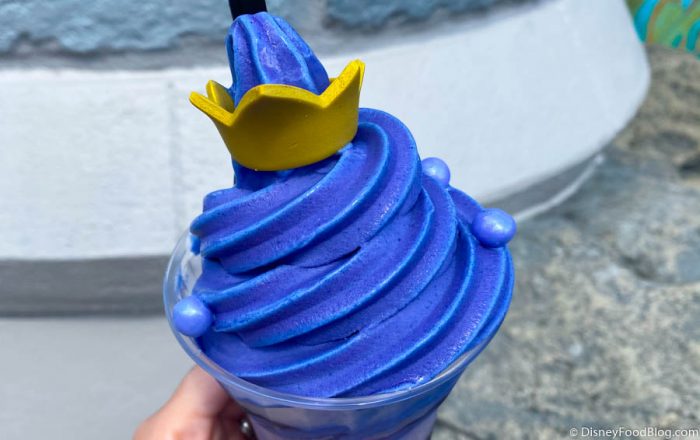 Poor Unfortunate Souls – better than ever before!

We’ll admit that cream cheese fans will be more into this dessert than non-cream cheese lovers, as was the case when our team tried it. We had folks falling on BOTH sides of the flavor-aisle. Some absolutely loved it, while others, in a word, hated it, and thought it was unappetizing at best. Clearly, this is STILL a pretty controversial dessert, even with an “improved” recipe! 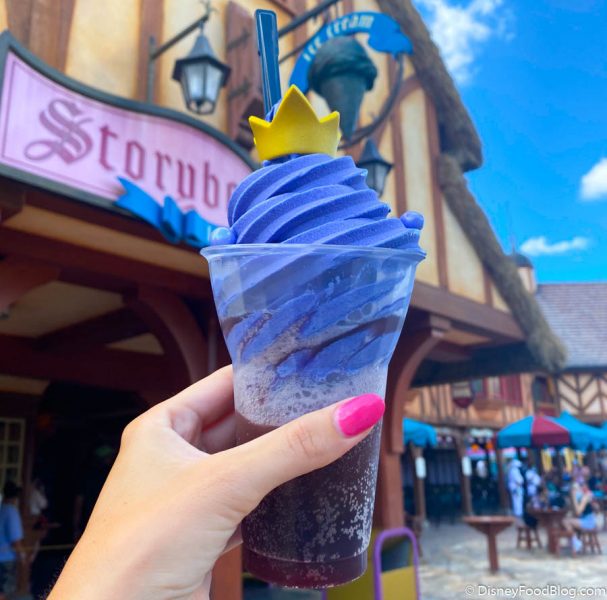 While this dessert is totally Instagram-able, it may or may not be enjoyable! But if you, like us, tried this snack at the Villains After Hours Event and didn’t like it, it may be time to give it a second chance! The tiniest of changes can make a massive difference in flavor, and the Poor Unfortunate Soul Float is a perfect example of that! 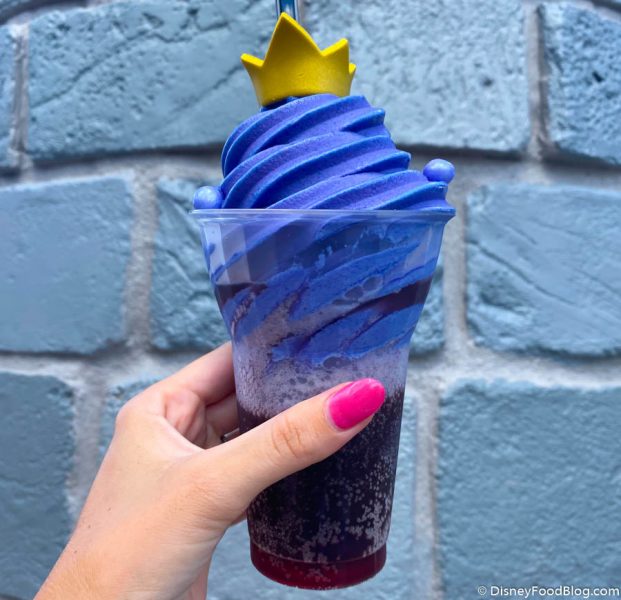 Regardless, it’s just fun to say that you can get CHEESE flavored ice cream in Disney World right now. Will we see more cheese-flavored frozen treats in the future? We sure hope so! Or do we…? Have we piqued your interest in what cream cheese soft serve tastes like? Try it for yourself! Pick up a Poor Unfortunate Soul Float at Storybook Treats for $6.99.

What is your FAVORITE frozen snack in Disney World? Let us know in the comments!

« Boo To YOU GUYS!! We have VIDEOS of EVERY SINGLE Halloween Calvacade in Magic Kingdom Right Now!
REVIEW: Say “Aloha!” to Duffy’s Pal ‘Olu Mel with a Limited-Time CUPCAKE in Disney World »