Disney World is constantly changing during normal times, and in a post-closure world, it seems like it’s changing ever MORE often! 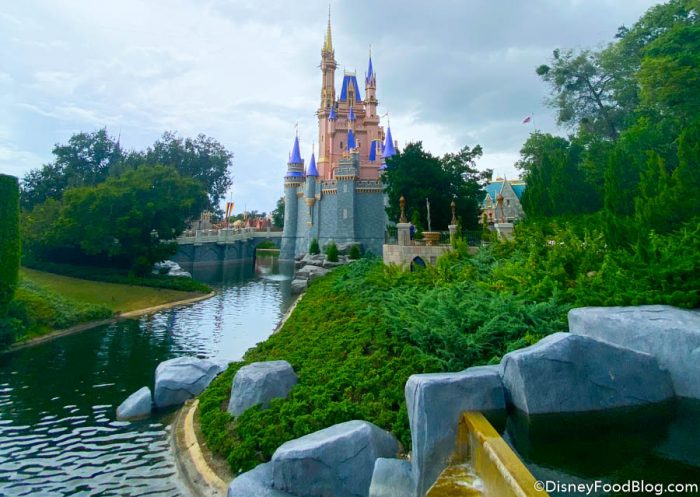 We’ve seen lots of changes this month regarding everything from face masks to Halloween (and sometimes both!). So, let’s take a look at some of those BIG changes and how they’ve affected our Disney days.

First off, we want to talk about face mask changes. We talk about face masks a LOT in a reopened Disney World. Whether we’re spotting new ones (Like our SUPER cute DFB Masks! Seriously, check them out!) or just noting changes to the policy in the parks, they tend to be on our minds. 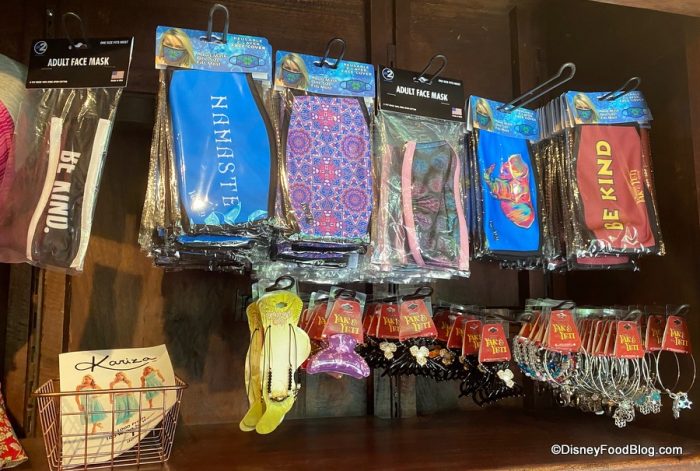 This month, we noted some pretty interesting changes on the face mask front. For one, Disney updated their overhead announcement again. The announcement typically reminds guests to wear face masks at all times except while actively eating or drinking while stationary. 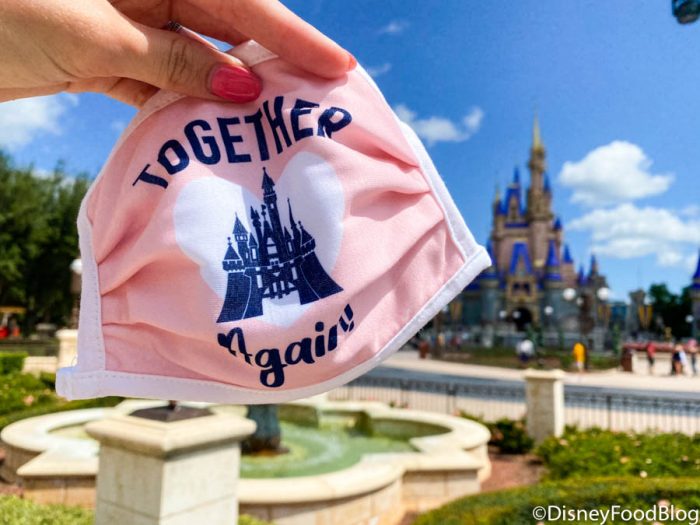 We’ve seen this announcement change several times since the parks reopened. Now, it clarifies that face coverings must fully cover your nose and mouth. We heard this change for the first time this month, and we can see why Disney added it to the message. 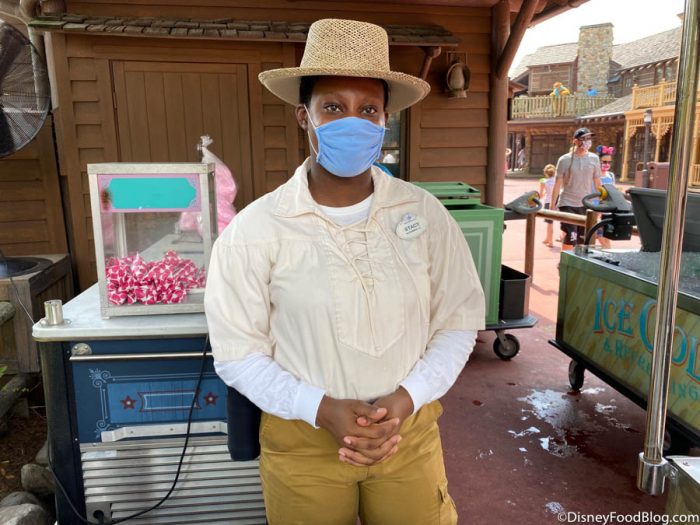 We’ve actually noticed a slow shift in the way that guests are experiencing the Disney World parks. For one, we’ve noticed that the parks are feeling more crowded and mask use isn’t quite as vigilant. We’ve seen a fair number of folks with the mask slid down past their noses.

Masks are required in Disney World

So, if you’re headed to Disney World soon be aware of these changes! You are being asked to cover your mouth AND nose with your mask when in the parks and you might see some more crowds than we reported on in the early reopening days.

As most months have since the closure, this month also brought along several reopenings! We’ve seen the return of a few favorite dining locations, the reopening of a hotel, and the announcement of some upcoming dates too! 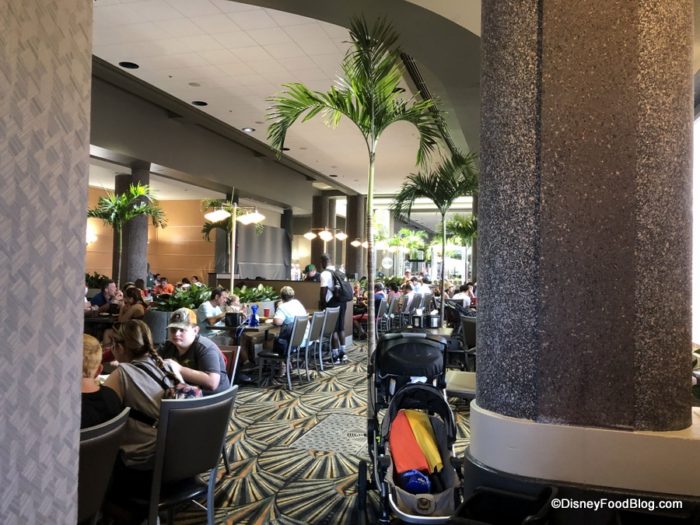 When it comes to restaurants, the BIG reopening this month was actually a quick-service location. Gaston’s Tavern reopened in Magic Kingdom to much fanfare (from us mostly). We’re so happy to be reunited with our beloved Cinnamon Roll! 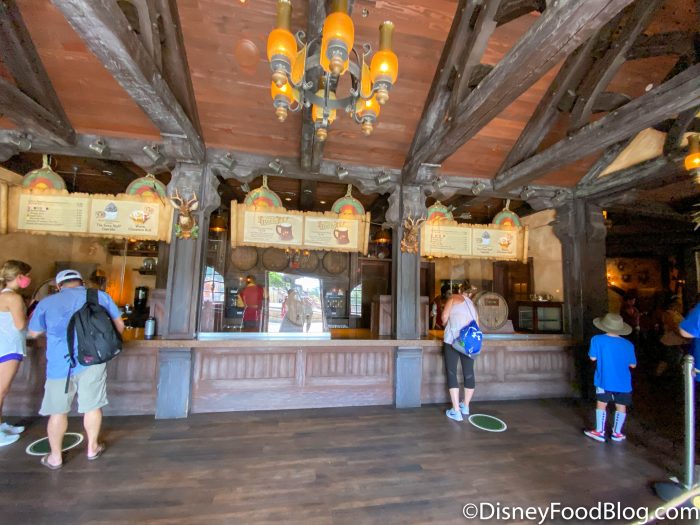 We also can look forward to the return of character dining in Hollywood Studios when Minnie’s Seasonal Dine comes back with the reopening of Hollywood & Vine on September 25th. We’ll see ABC Commissary join the mix too on October 8th. 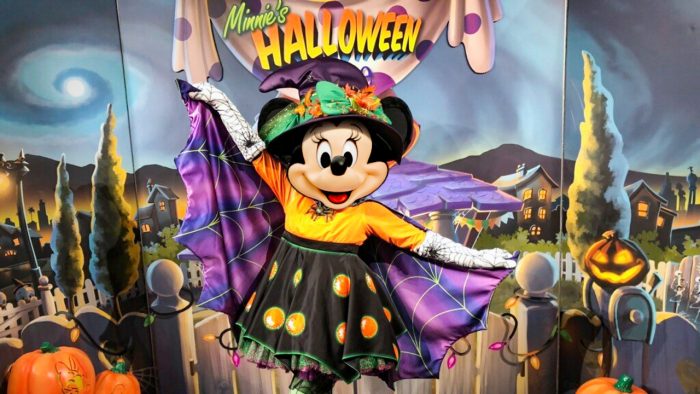 Halloween at Hollywood and Vine with Minnie’s Seasonal Dine

And the BIG announcement this month (when it comes to dining anyway) was for the reopening of Cinderella’s Royal Table on September 24th! But get this, it’s coming back WITHOUT princesses. Woah. 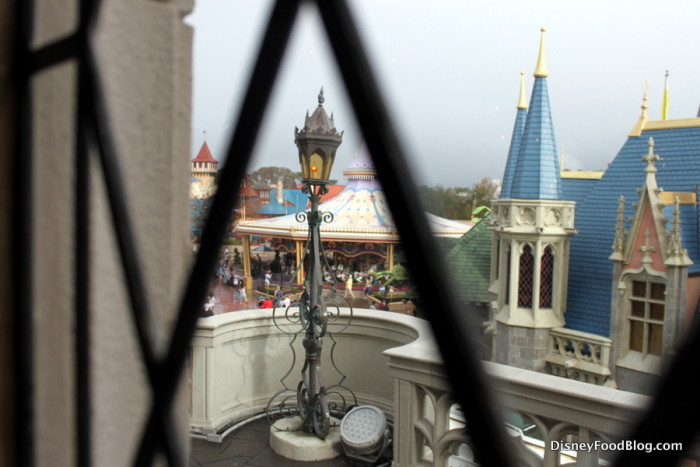 Views from Inside of Cinderella’s Royal Table

We also saw the reopening of another resort. Disney’s Yacht Club is once again available to guests and, perhaps more importantly, Stormalong Bay (one of the best pools in Disney World) reopened with it! As a reminder, Disney’s Grand Floridian Resort is reopening soon too; we can’t wait for September 21st!

Click here to see ALL of the upcoming hotel reopening dates!

3. Holidays in a Reopened Disney World

And finally, we’re talking about the most fun change of the month — Halloween began! This is the first major holiday that’s kicked up since the closures so we’re really starting to see how Disney will handle holiday merchandise, eats, and celebrations going forward. That’s a pretty big deal. 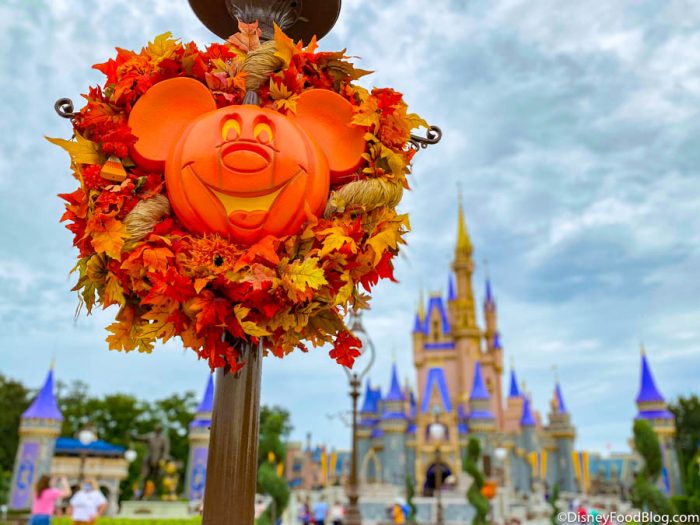 First, we started to see merchandise appear and that merchandise is now pretty widespread. The good news is that even without Mickey’s Not-So-Scary Halloween Party, there’s no shortage of Halloween souvenirs and specialty treats. We’ve seen LOTS of spooky merch and we’re loving it. 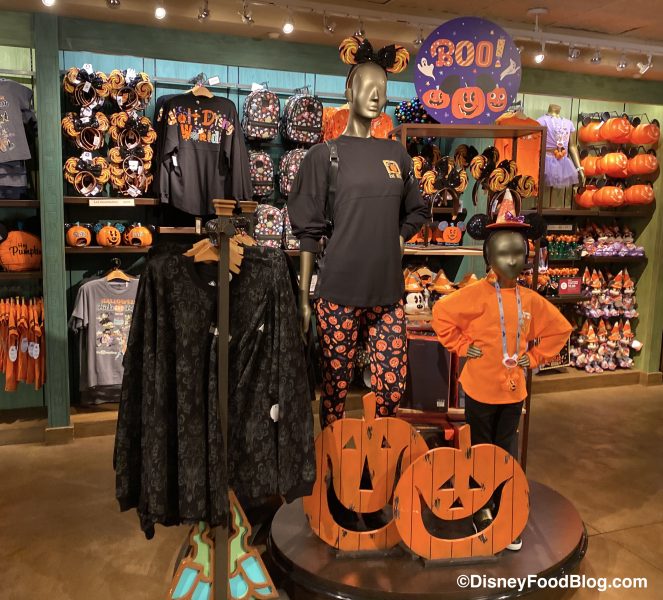 Speaking of things we’re not missing out on, decorations are also up in Magic Kingdom! As a note, they are pared down, so don’t be expecting quiiiite what you might have seen in past years. For example, we haven’t seen our beloved scarecrows in the kingdom yet! 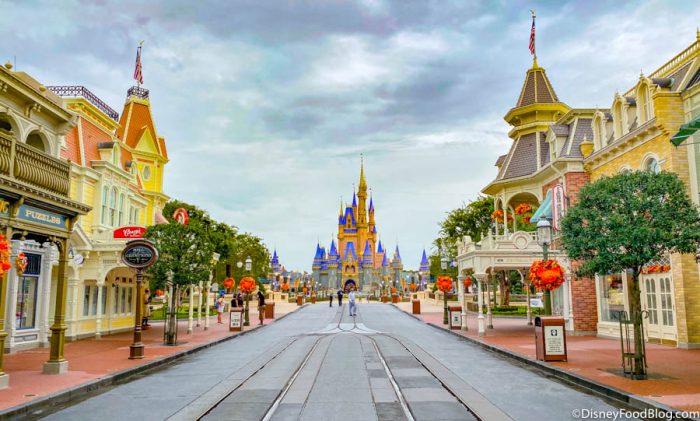 As we mentioned, we have not been left wanting when it comes to Halloween treats. We’re still getting a FULL list of options. It’s really nice to still be able to chow down on some of our favorite Not-So-Scary eats even when we have to miss out on some other aspects of the party. 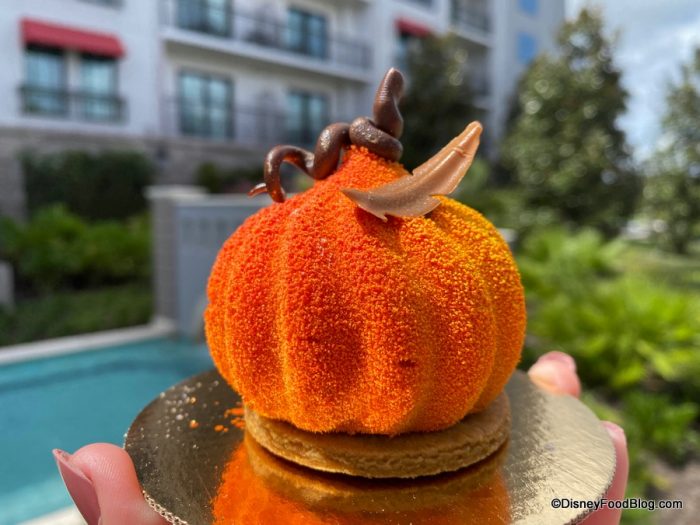 Of course, it does suck to not see the Halloween parade and fireworks in Magic Kingdom and we’re super sad we won’t be taking an up-close pic with Jack and Sally. But we DO still get to see them! 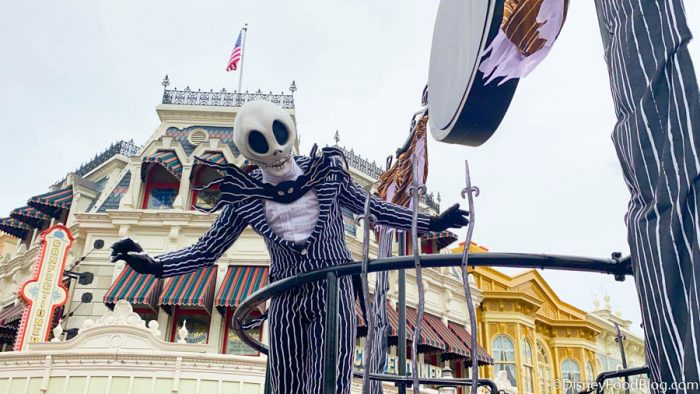 The Halloween Character Cavalcades have been an absolute DELIGHT. You can see Mickey and Friends in their costumes, Jack and others from Halloweentown, and the Disney Villains. Honestly, we’d love it if these cavalcades stuck around and we’re pumped to see the Christmas versions. 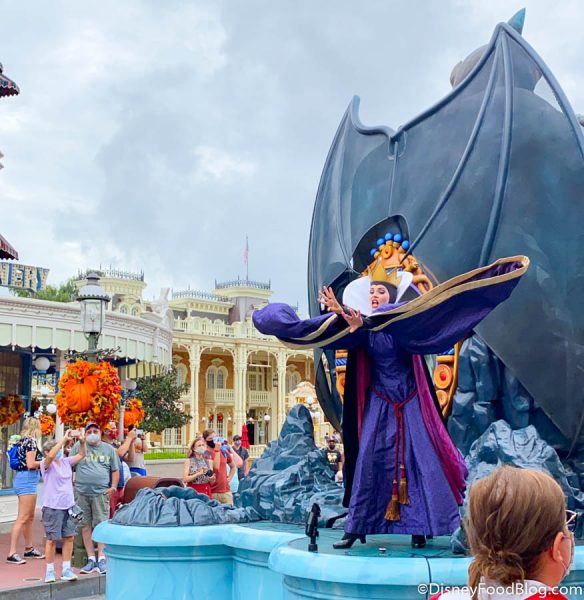 We’ve really had a blast seeing how Disney is making Halloween work, which is getting us interested in how the winter holidays will look this year. Disney also let us know that some of our favorite holiday experiences are coming, while others will be skipped this year. For example, there’s no Mickey’s Very Merry Christmas Party this year!

Click here for EVERYTHING you need to see about Halloween in Disney World!

So those are the BIGGEST changes in Disney World this month. Pretty interesting stuff! Next month is sure to be full of more changes so stay tuned to DFB so you’re in the loop!

What do you think of these changes in Disney World? Tell us in the comments!

« This Short-Lived Disney Souvenir Has Made Some of the Longest-Lasting Memories
Annual Passholders: Don’t Miss Your Chance to Get Early Access to Star Wars: Galaxy’s Edge Merchandise in Disney Springs! »