Star Wars fans! You no longer have to enter Disney’s Hollywood Studios to snag some Star Wars: Galaxy’s Edge merch. 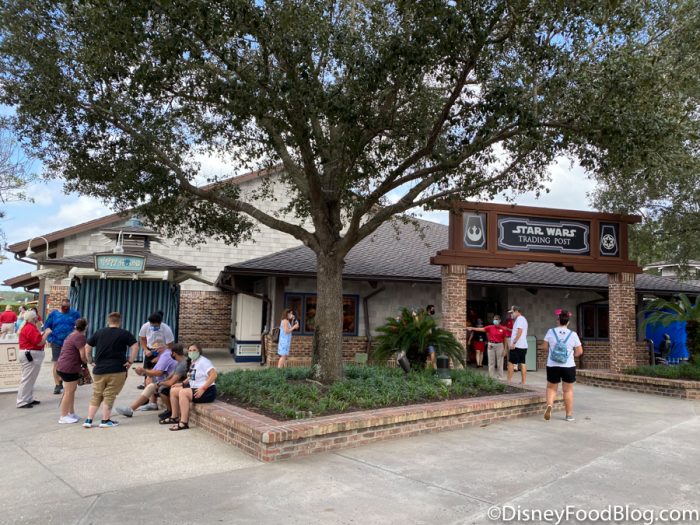 Last week, a new Star Wars gift shop overtook WonderGround Gallery in Disneyland Resort. The new store is selling lightsabers, droids, and other souvenirs you can find inside Galaxy’s Edge at Disneyland. Now, Walt Disney World is joining in on the galactic fun! Disney Springs is hosting a Passholder preview of the Galaxy’s Edge merch available at Star Wars Trading Post. We popped in to see what kind of space goodies we could find!

Disney prepared for a big crowd at the Passholder event with virtual line signs at the ready. The crowds weren’t quite large enough for a virtual queue this morning so we jumped into a short line and quickly walked right in.

Once inside, we noticed the lightsaber building stations were removed to make way for Galaxy’s Edge keepsakes. 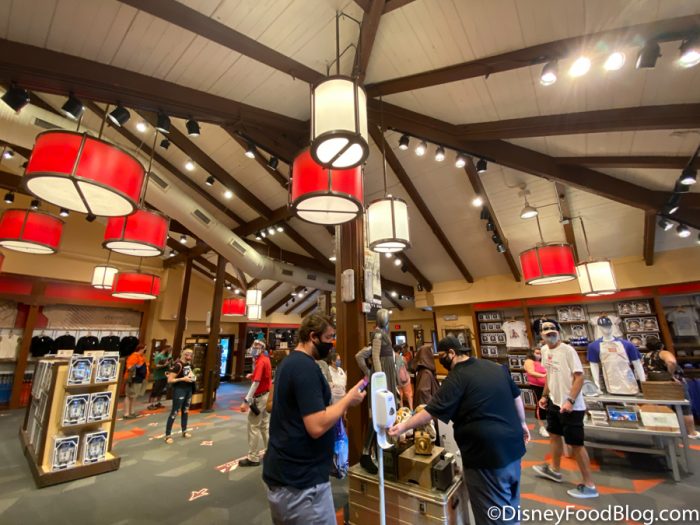 There were some signs and mannequins that advertised for Star Wars: Galaxy’s Edge… 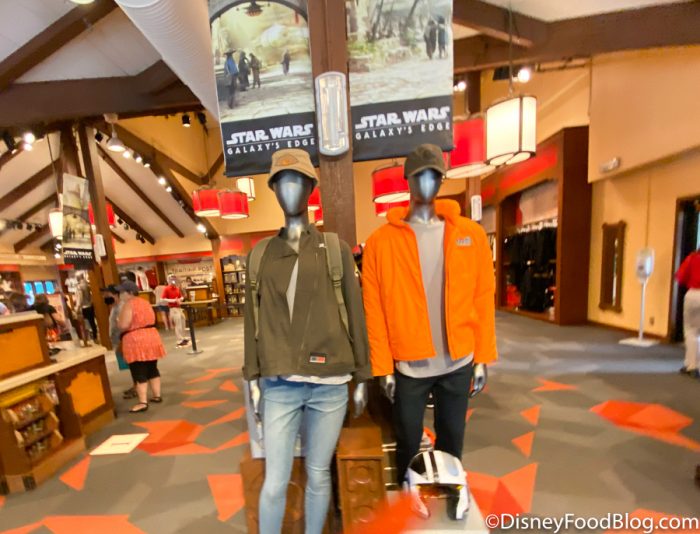 …and as for merch, we found plenty of plushies and creatures! You can find most of these cuties at the Creature Stall and other shops in the Black Spire Outpost Marketplace. We spotted adorable Porgs, Loth-Cats, and Wampas. 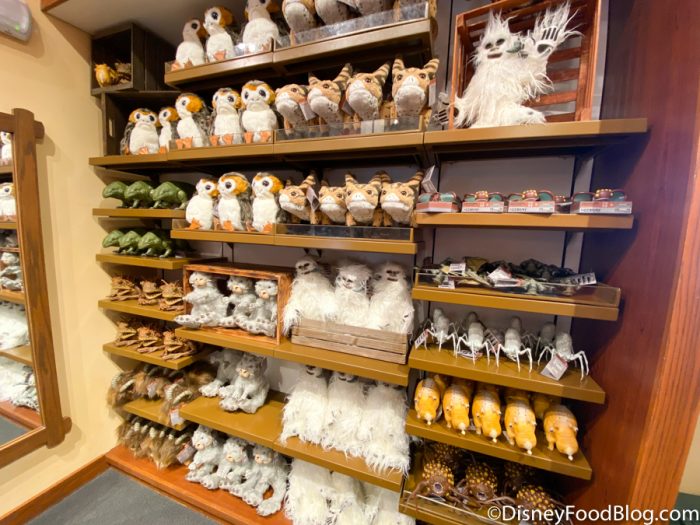 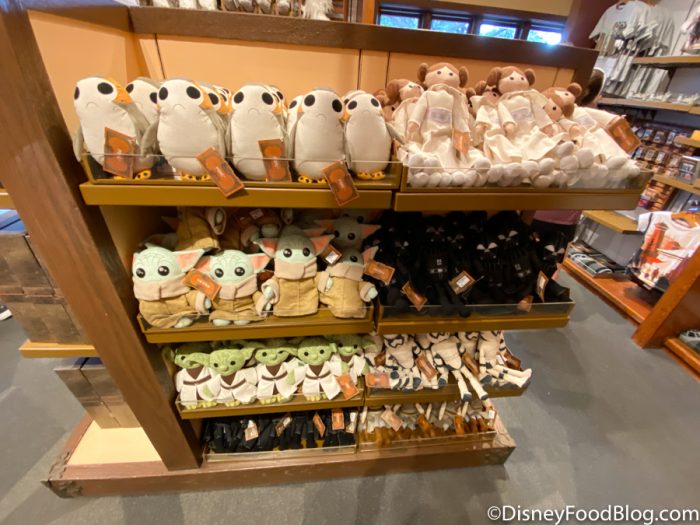 And even Ewoks, Finn, and Chewie! 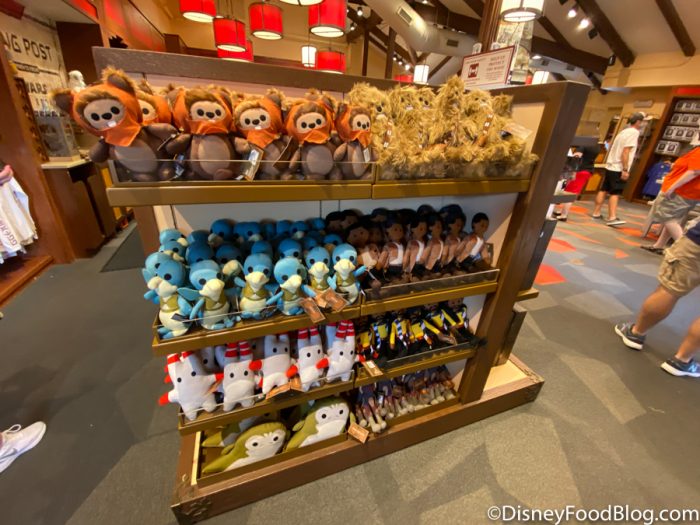 You gotta look the part if you want to blend into Batuu! There was plenty of clothing for those of who you wish to join the Resistance… 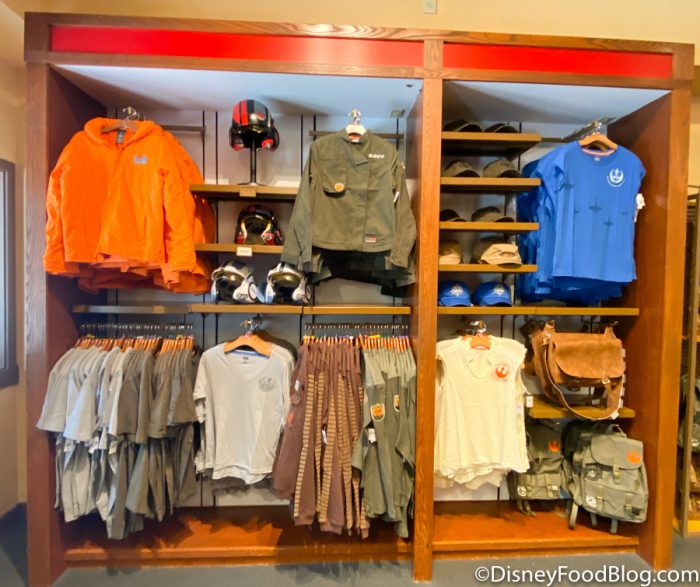 …and lots of options for members of the First Order! 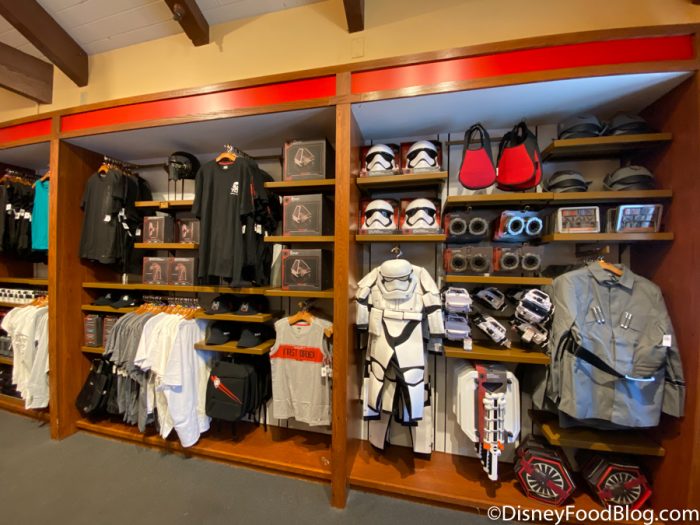 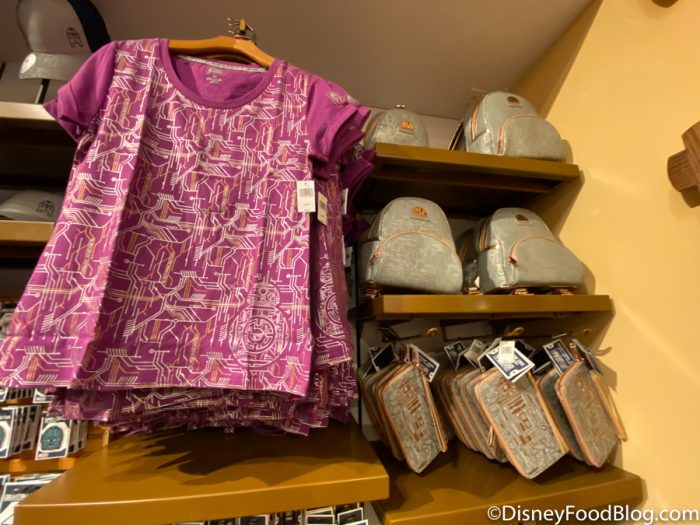 …and more gear inspired by Batuu! 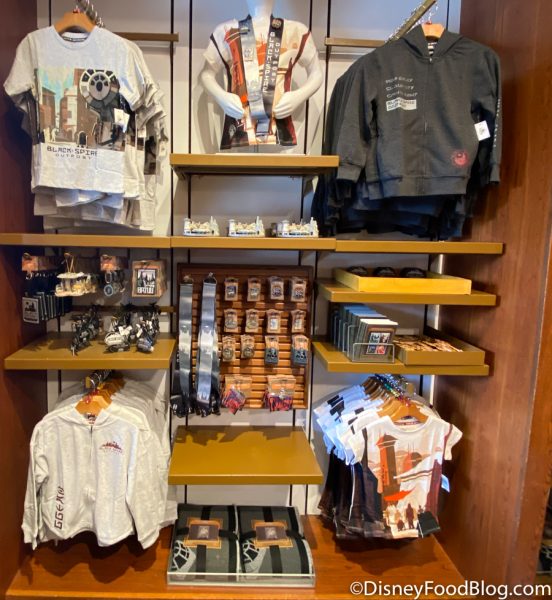 Are you a Star Wars collector? Some of the items from Dok-Ondar’s Den of Antiquities moved in too! 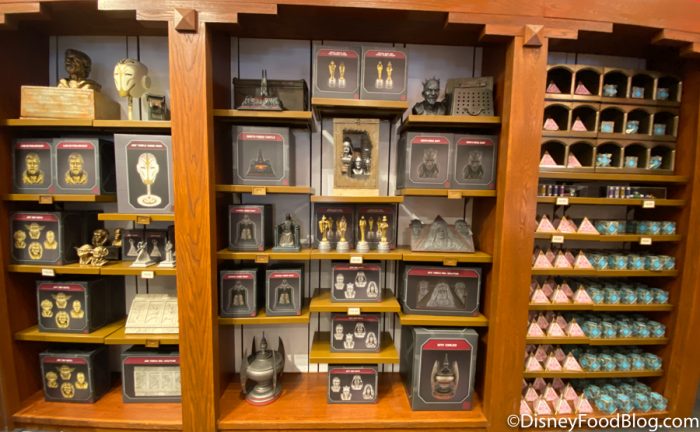 There were plenty of statues, replicas, holocrons, and lightsaber kyber crystals to choose from! 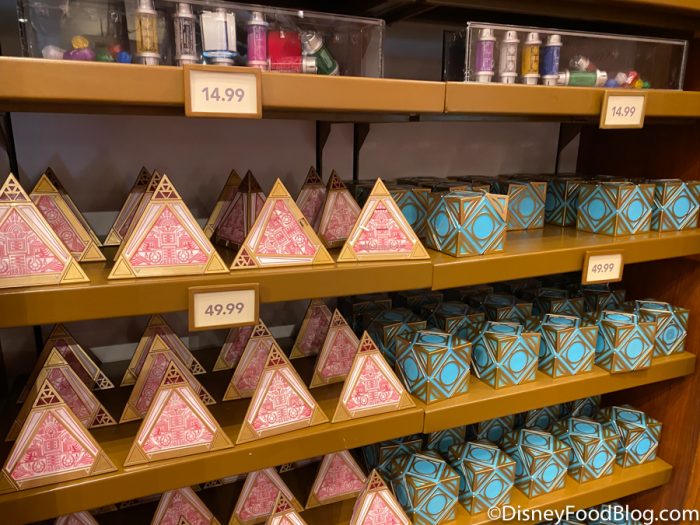 And it can’t be Galaxy’s Edge without droids! You don’t have the option to build your own droid here, but there were a few pre-built replicas ready for you! You can bring home R2-D2… 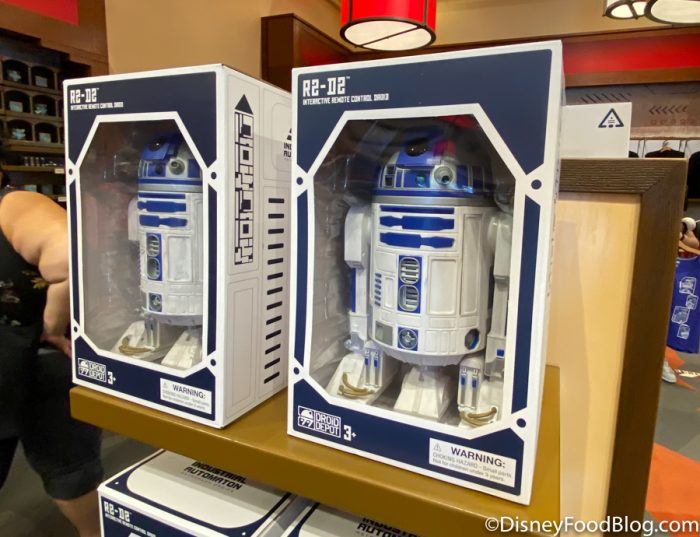 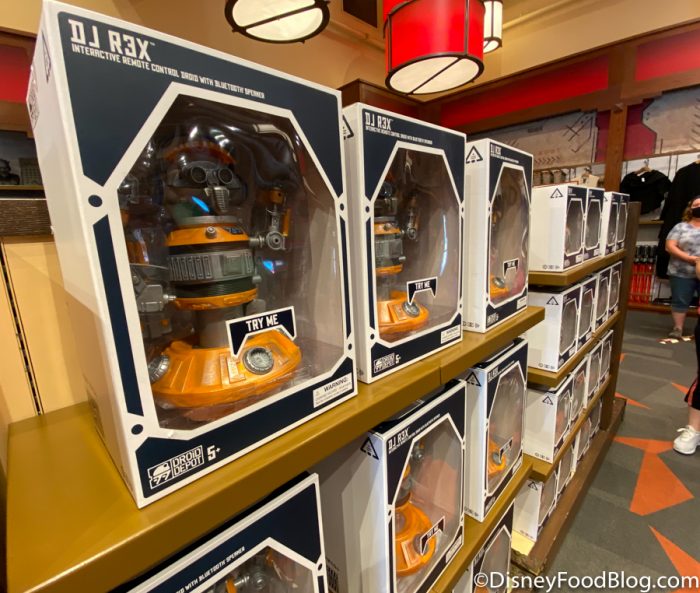 You can complete the set with C-3PO! 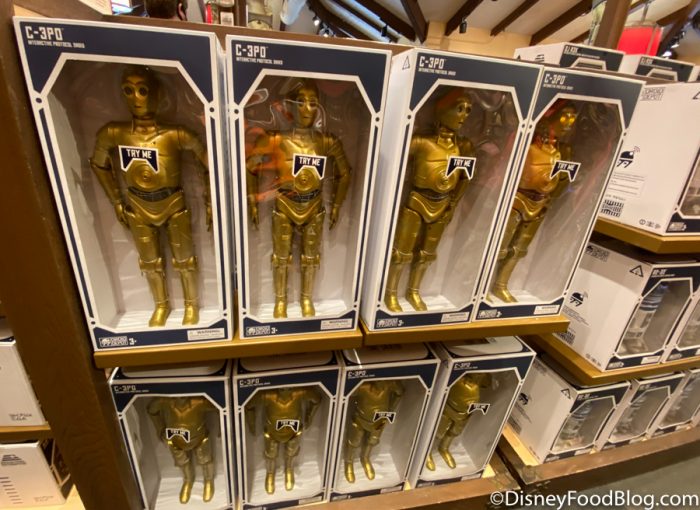 The store will be open to the general public starting tomorrow, September 22nd. In addition to the new merch, between now and September 28th, you can pick up the Millennium Falcon popcorn bucket at Disney Springs! Stop by the snack cart near Earl of Sandwich to snag one.

Do you spot something you’d like to pick up from Star Wars Trading Post? Let us know in the comments!