Our time in the parks for the first day of the holiday season is coming to an end (and we are SO FULL). 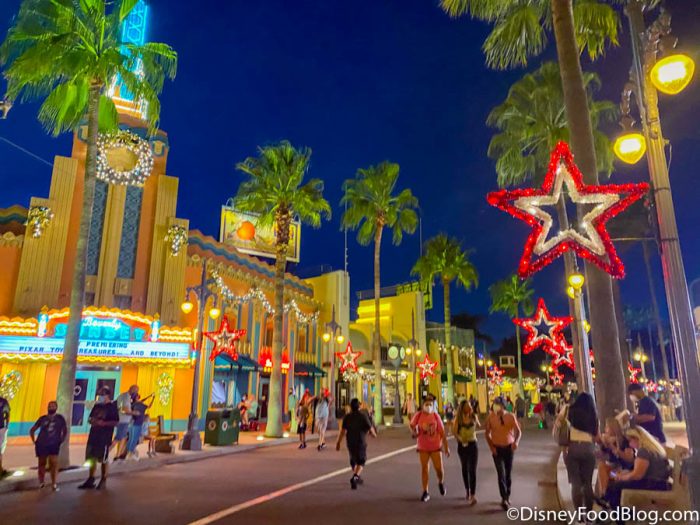 Although we’ve taken you with us around Disney’s Animal Kingdom and the Magic Kingdom, Disney’s Hollywood Studios has also gotten the star treatment with entertainment and snacks all around the park. We’ve seen new things like a giant cake shake and projections on the Hollywood Tower Hotel, but a few goodies from the past have also returned for Christmas this year!

The Trolley Car Cafe is home to Starbucks drinks in Disney’s Hollywood Studios and a few seasonal goodies that pop up throughout the year. While we were grabbing our first Chestnut Praline Latte of the year, we saw that the Chocolate Chestnut Pine Cone was sittin’ pretty in the bakery case again! 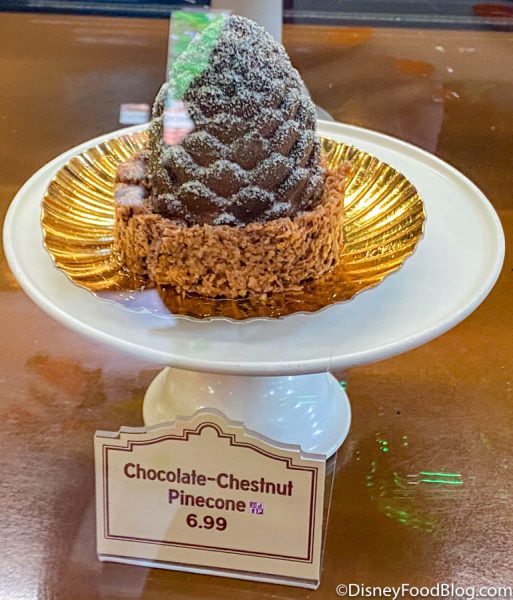 We’ve seen this treat pop up throughout the years at the Trolley Car Cafe and the Backlot Express with its chocolate pine cone-shaped mousse and praline “leaf.” 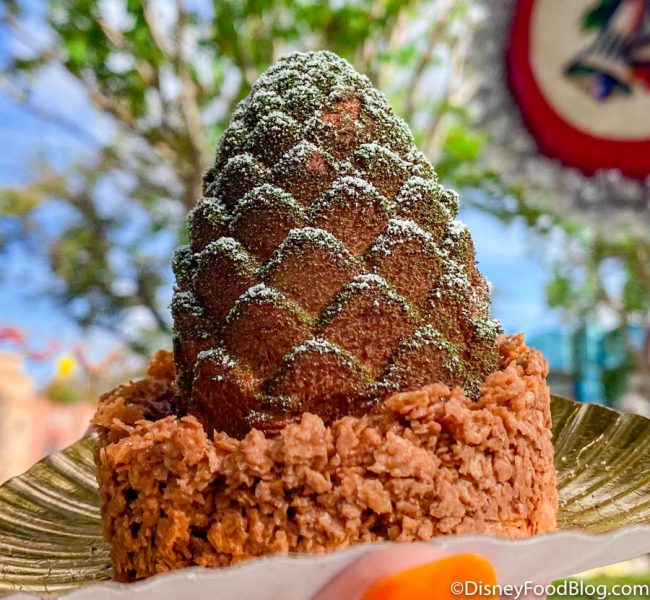 While this has been one of our favorite treats in the parks throughout the holidays, we do wish Disney would have switched things up a little more! The treat was the exact same as last year, when we said that we could have used a little more chestnut flavor to balance out all the chocolate. 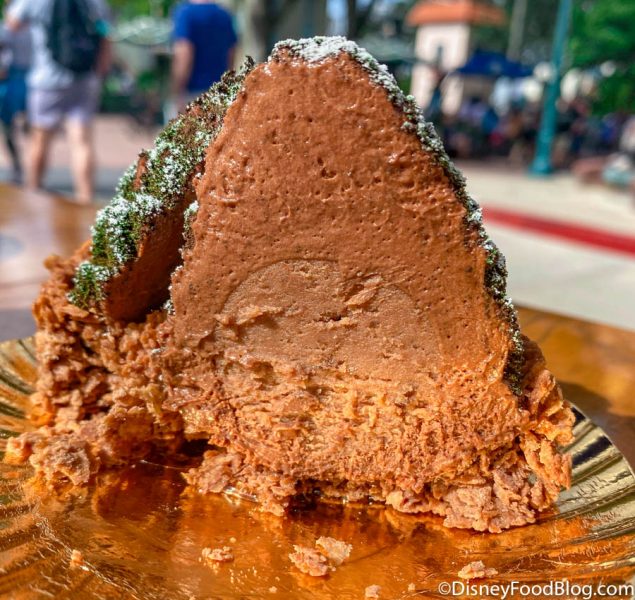 We would have even loved to see Disney change out the chocolate for a completely different flavor (gingerbread mousse, anyone??). BUT, the Chocolate-Chestnut Pine Cone is still a great, cold treat that really hits the spot on a warm day! 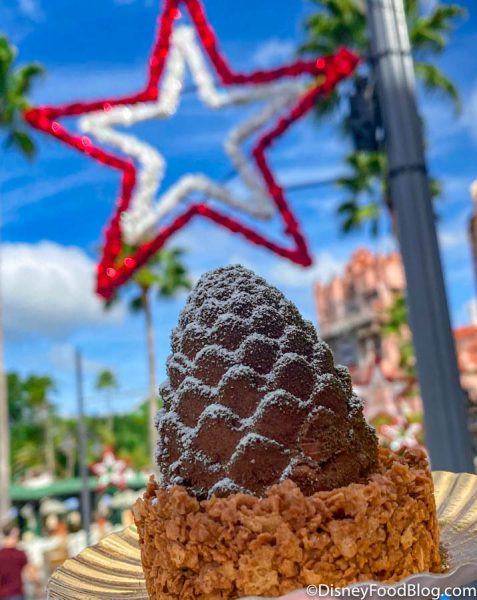 Plus, it’s just too cute and deserves its own photoshoot with the decorations around Disney’s Hollywood Studios! You can find the Chocolate-Chestnut Praline Pine Cone throughout the holidays in Studios for $6.99 before you watch some of the new Christmas Cavalcades on Sunset Boulevard!

Here’s a look at the return of Olaf’s Frozen Adventure for Christmas in Disney World!


What treat are you looking forward to trying the most in Disney World right now? Let us know in the comments below!