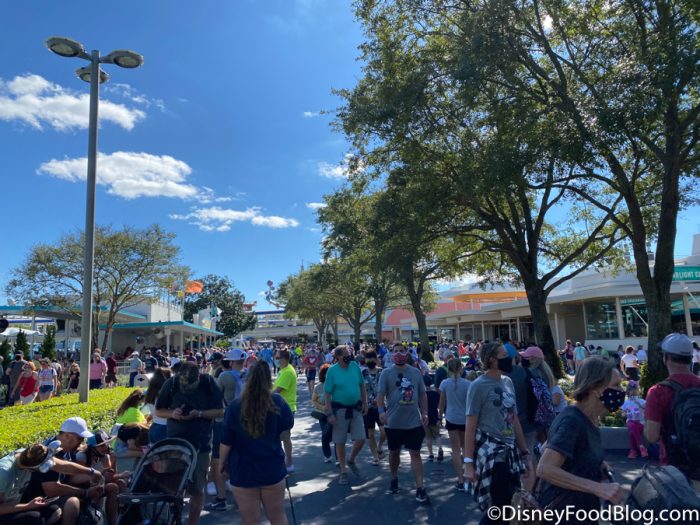 Every year, guests flock to the parks to experience the holiday offerings and take advantage of their vacation time off. Thanksgiving week, Christmas week, and New Year’s Eve is notoriously crowded with out-of-towners. The trend seems to be the same this year, despite Disney World reducing capacity limits since the closure in March. We’re in the parks today taking note of the crowds and wait times to better prepare you for your holiday trip to Disney World in 2020.

The parks reopened with a 25% capacity limit, but it was just recently announced that Disney has increased to a 35% limit. Disney has adjusted to the incoming crowds by increasing the capacity limits and extending hours at the theme parks and Disney Springs. While at EPCOT, we noticed increasing long lines as the afternoon wore on. Keep in mind that the physical distancing requirements in queues make the lines look about twice as long. 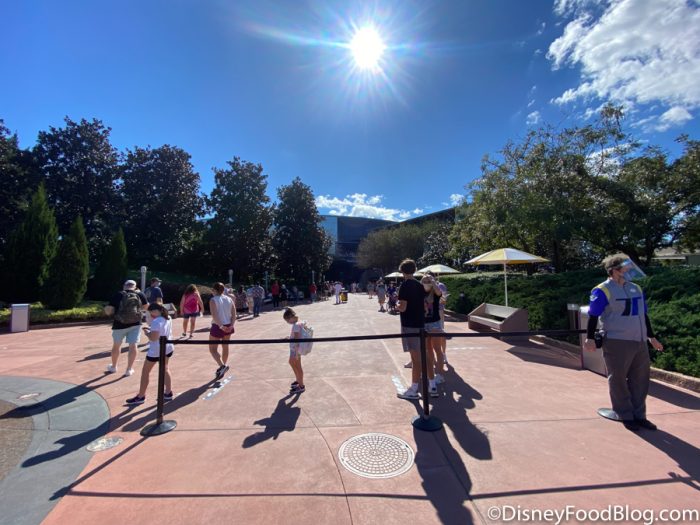 It should also be noted that due to the varying ride capacities (adjusted by physical distancing), some rides can board more passengers than others. This can cut down on wait times considerably. The queue for Spaceship Earth extended outside the attraction and alongside the building.

The holiday crowds are at Epcot too – Spaceship Earth has a 55 minute wait. pic.twitter.com/cF6P5AjTh0

Later, the crowds died down and the wait was around 20-30 minutes during the mid-afternoon. 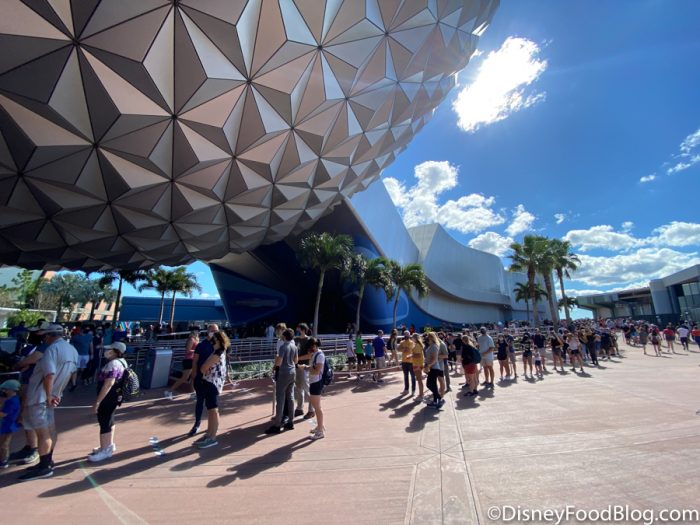 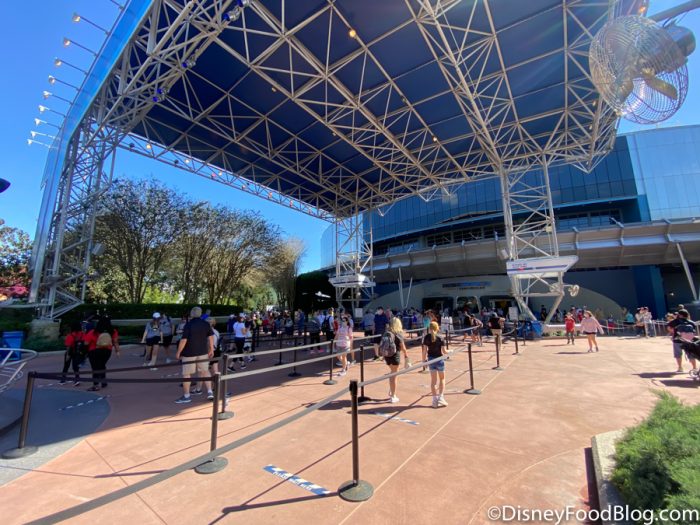 The Mexico Pavilion in World Showcase usually proves to be a busy and congested area. The building has limited capacity and is one of the few, large indoor areas at EPCOT. Today, the line extended outside the building at cut across to Ring Carvers. We’ve seen the line get rather busy before so it’s no shock that it was long today too.

Another long line to get into the Mexico pyramid in Epcot! pic.twitter.com/7ntwZZJsAa

The lines for quick-service dining, gift shops, and bakeries were also picking up in the afternoon. Many lines were extended outside of the doors and into the pavilion walking areas. 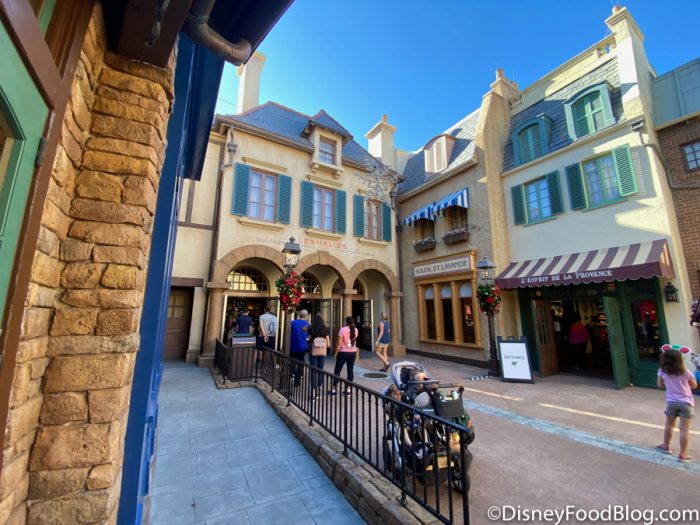 The line for Lotus Blossom Cafe extended towards the back of the China Pavilion near the gift shop. Mobile Order is highly encouraged for dining at Disney World right now. We suggest ordering your meal and hanging out in a gift shop or somewhere nearby until your order is ready so you spend less time in crowded areas. 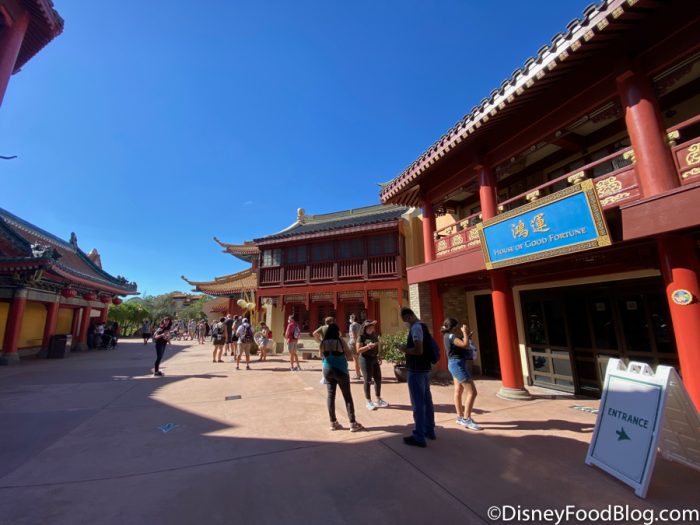 Over at the Magic Kingdom, the area near “it’s a small world” becomes a bottleneck for crowds. This was noticeable during the Thanksgiving crowds this afternoon. 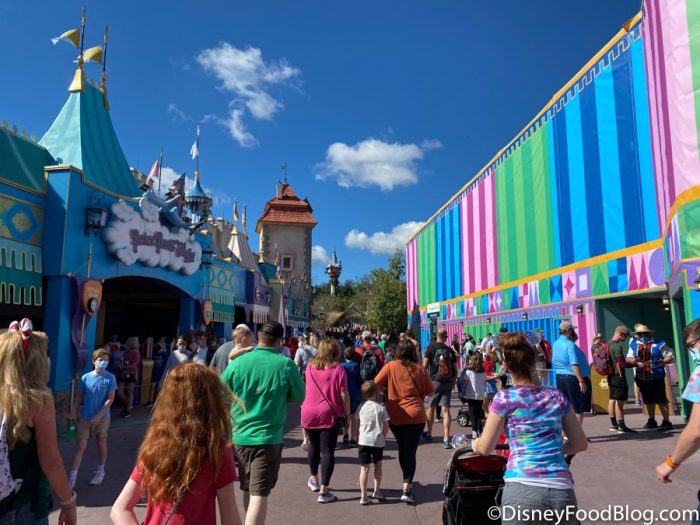 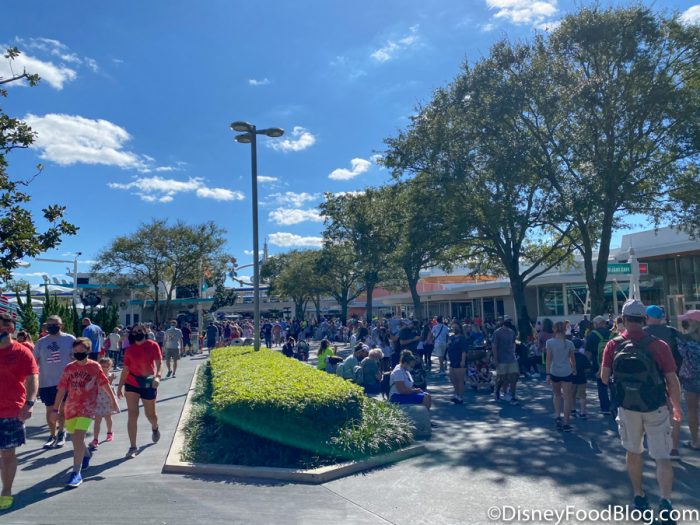 …with the line for the Tomorrowland Speedway extending far from the attraction. Around 3:30 PM, the line was about 30 minutes. 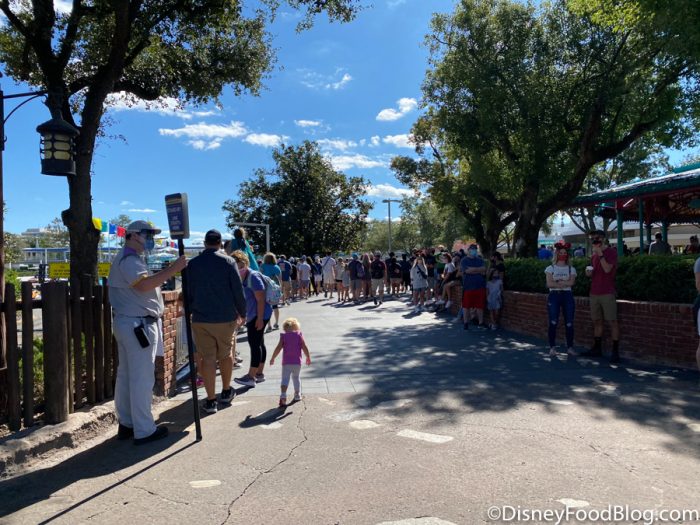 The line for the most popular Magic Kingdom ride, Seven Dwarf Mine Train, hit about 90 minutes today… 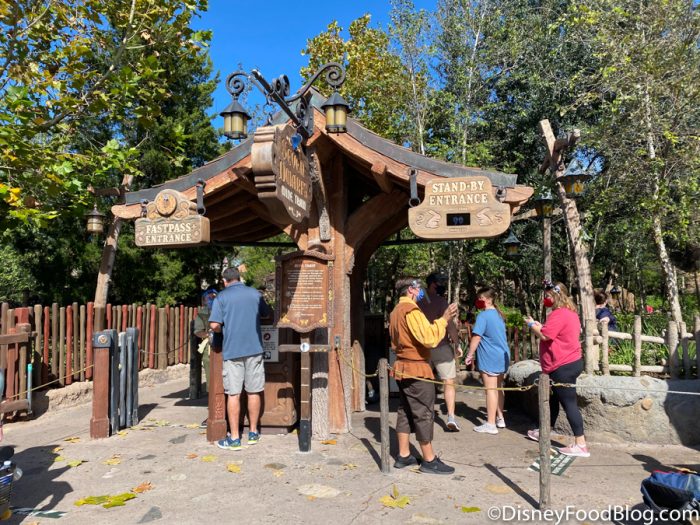 …but the most surprising line was for Goofy’s Barnstormer that looped back towards the Fantasyland Train Station.

The Barnstormer was 30 minutes long at this point and Dumbo The Flying Elephant was also 30 minutes. 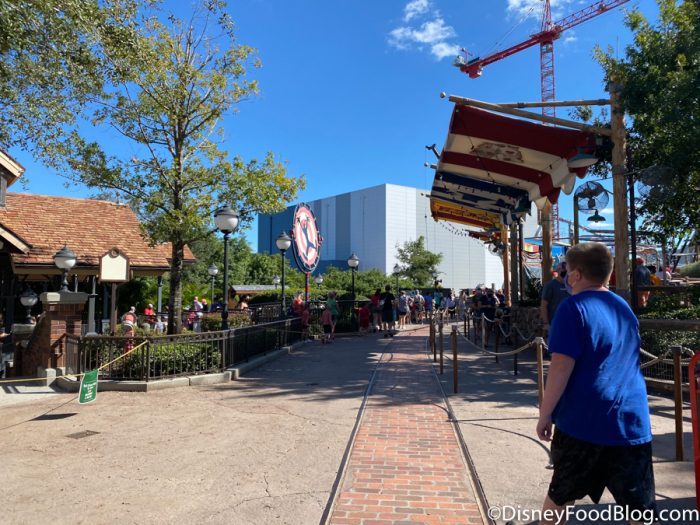 Areas that are more open to traffic, like Fantasyland near Mickey’s PhilarMagic, get considerably congested during busy days. 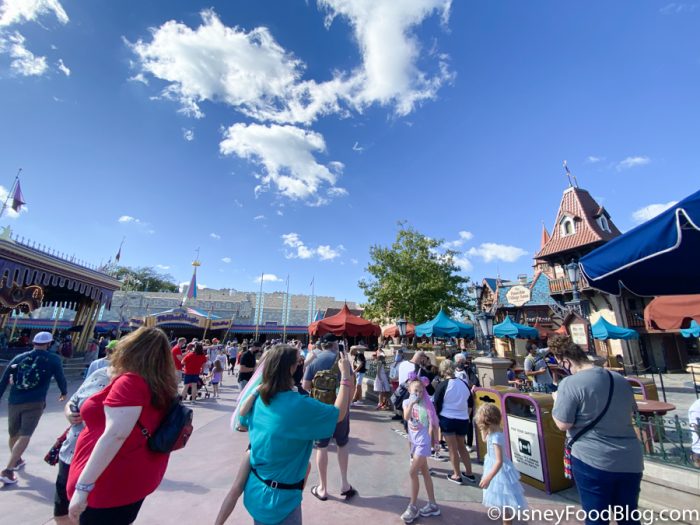 Barring a few outliers, the lines for most rides seem to have normalized about halfway through the day. Some exceptions being “it’s a small world” which reached 50 minutes and Under the Sea – Journey of the Little Mermaid, which peaked around 35 minutes today. 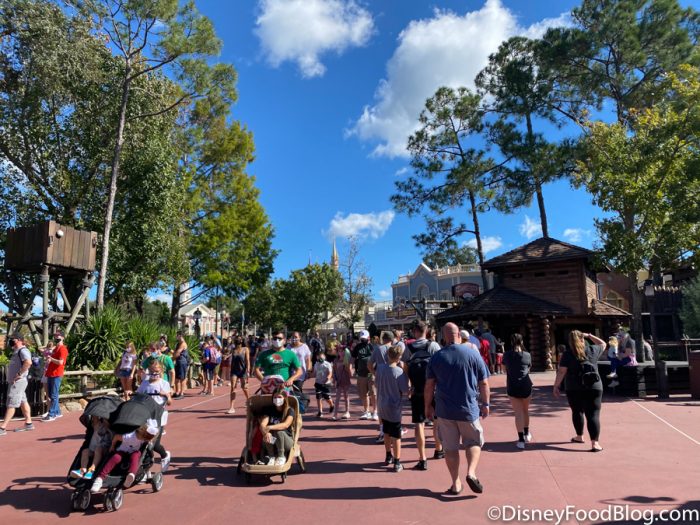 On the Tuesday before Thanksgiving, crowds continued to be pretty heavy at the Magic Kingdom. Frontierland was bustling, with the line for Country Bear Jamboree going PAST Pecos Bill! 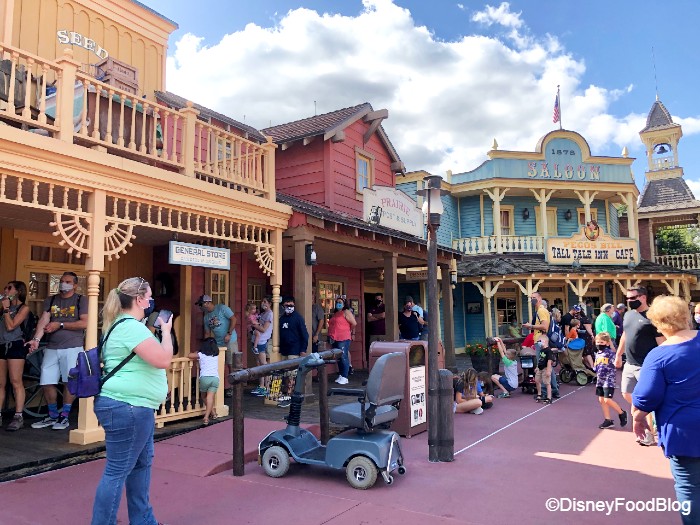 Splash Mountain also proved to be quite popular, reaching 80 minutes at 1:30PM. 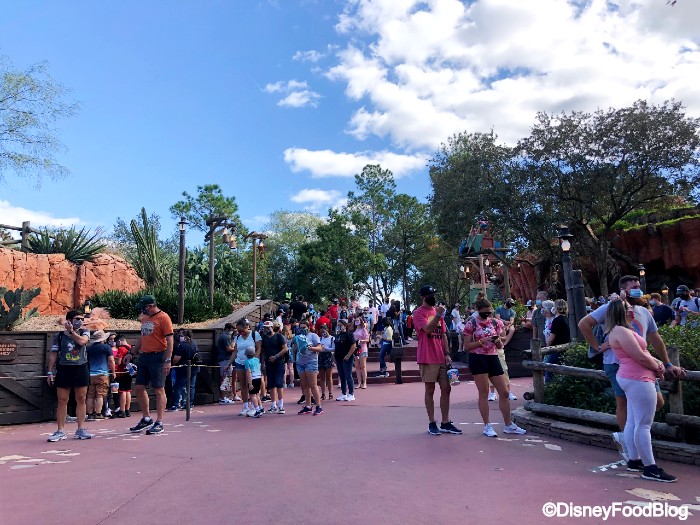 But you know what they say, ya gotta keep moving along! 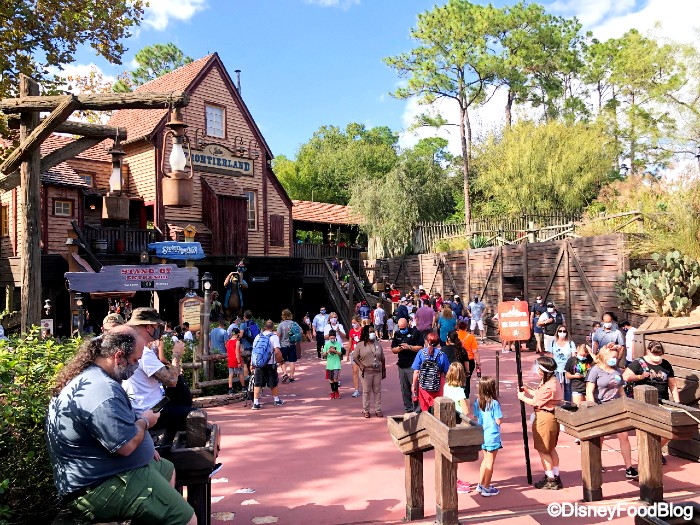 Over at Disney Springs, the line to checkout at World of Disney also wrapped around the store. See that blue sword?! That’s the end of the line! 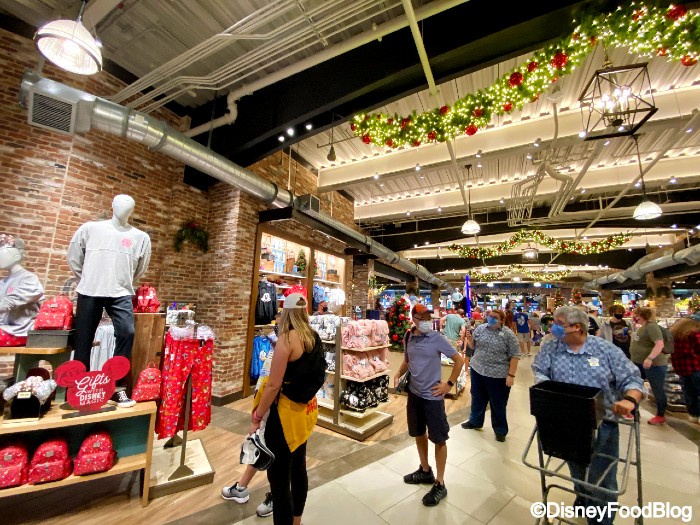 And at Hollywood Studios, the queue for Rock ‘n’ Roller Coaster is extended into the amphitheater, and the Tower of Terror line can look quite lengthy, too. However, when we walked past at 10:45AM this morning, Tower of Terror was at a pretty manageable 45 minutes! 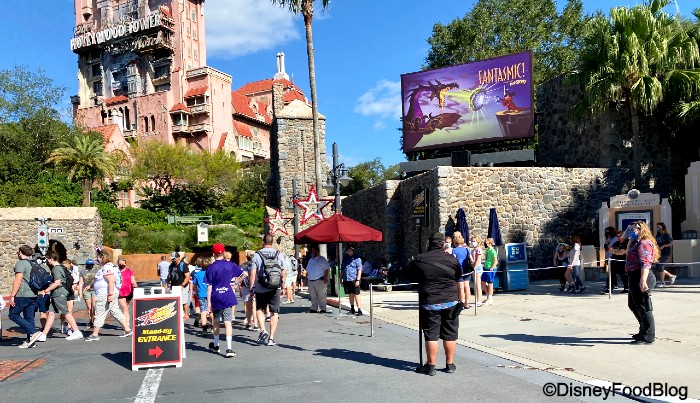 Since the parks are open later, consider arriving a bit later in the day so you’re avoiding larger crowds filing in for the morning rush! The crowds will most likely continue to pick up as we get closer to Thanksgiving and during the week of Christmas. Magic Kingdom happens to be the most popular park to visit during the holidays due to the Christmas decorations and events. EPCOT might also pick up once the International Festival of the Holidays begins this Friday. Have any questions about crowds or Disney during the holidays? Drop them in the comments below!

Check out the new sign for EPCOT’s Festival of the Holidays! 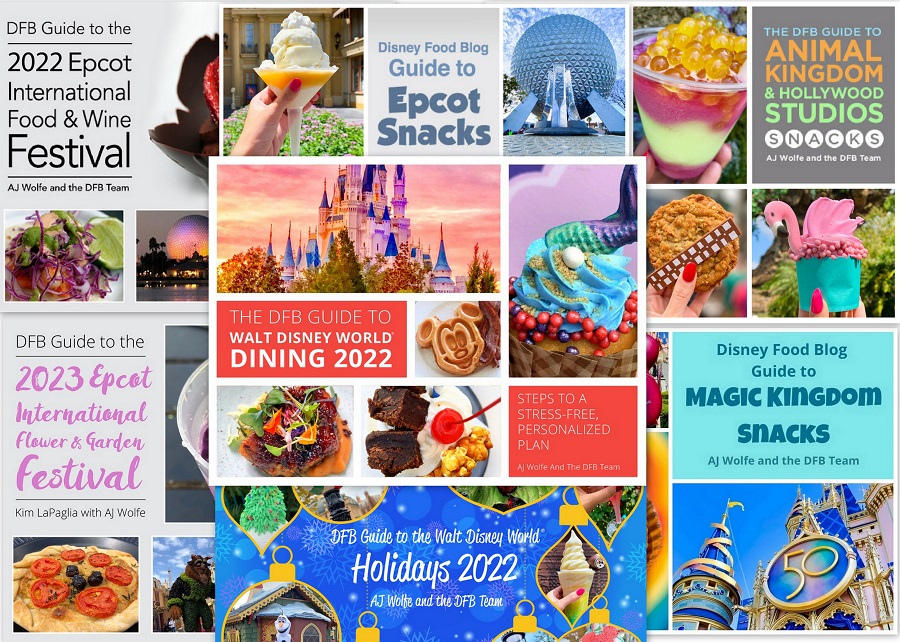 Are you heading to Disney World this holiday season? Let us know in the comments below!

« Annual Passholders Can Shop for Exclusive Holiday Merchandise in Magic Kingdom SOON
SPOTTED! Festival of the Holidays Booths Have Appeared in EPCOT! »